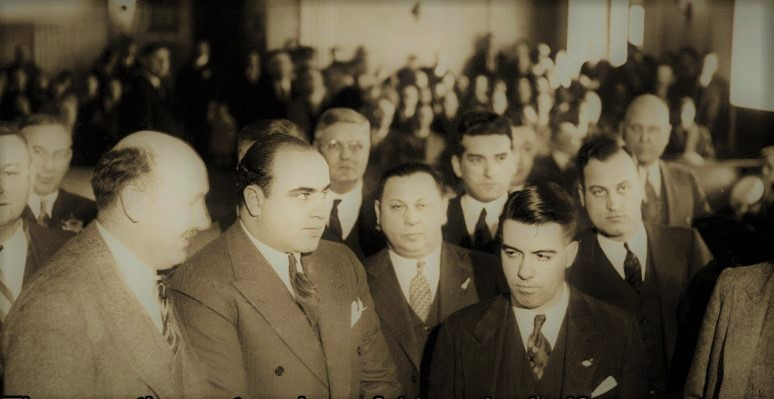 Al "Scarface" Capone at his sentencing for tax evasion. Back in the Prohibition Era, federal agents — notably those from the Internal Revenue Service — took down the notorious gangster. The tax agency's Criminal Investigation agents are celebrating their 100th birthday this year. (Photo courtesy All That's Interesting: 25 Al Capone Facts)

The United States' tax system is based on the premise that all income is taxable, including illegally earned income.

Our tax system also relies on the voluntary reporting of that income, including ill-gotten gains.

But human nature being what it is, that doesn't always happen, even with legally earned money.

That's why a century ago the Internal Revenue Service created a special unit to track down tax evading taxpayers and prove they willfully attempted, or succeeded temporarily, to hide income from Uncle Sam.

100 years of tax crime fighting: The group of special IRS employees that we know today as the IRS' Criminal Investigation division began 100 years ago, specifically on July 1, 1919.

That's the day that then IRS Commissioner Daniel C. Roper created the Intelligence Unit to investigate widespread allegations of tax fraud. Six United States Post Office Inspectors were transferred to the IRS to form the new unit, becoming the first special agents in charge of the organization that would one day become Criminal Investigation.

In the 1930s, the Unit attained national prominence with the conviction of public enemy number one, Al Capone, for income tax evasion. It also played a role in solving the Lindbergh kidnapping.

Evolving tax crimes, enforcement efforts: The Intelligence Unit, which was officially renamed Criminal Investigation (CI) in July 1978, has expanded since its auspicious beginnings.

Over the years CI's statutory jurisdiction was extended to include money laundering, currency violations and cybercrimes in addition to its traditional role in investigating tax violations of individuals and businesses. 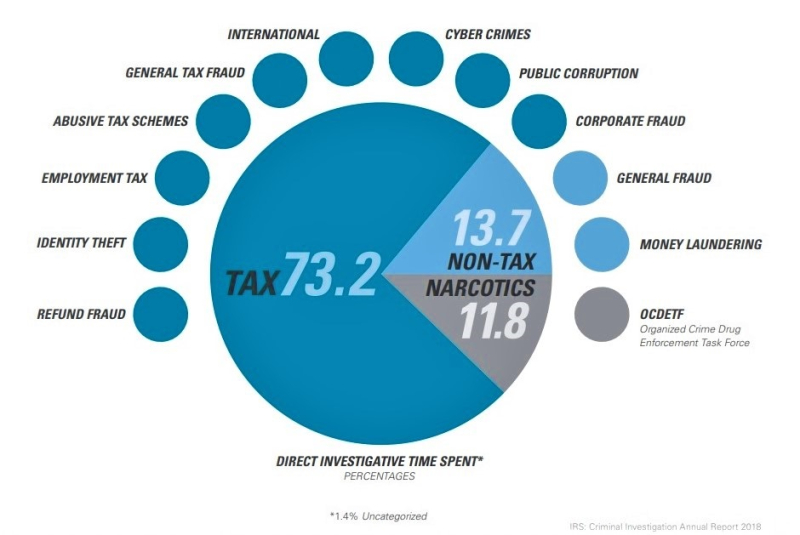 That conviction rate is a particular point of price for the IRS.

Since CI's inception in 1919 to the present, the conviction rate for federal tax prosecutions has never fallen below 90 percent. This, notes the IRS, is a record of success that is unmatched in federal law enforcement.

Those are among the reasons that the 100th birthday of the IRS Criminal Investigation division, which now has more than 3,000 employees worldwide, earns this week's By the Numbers honor.

You can learn more about CI's development and its current tax-crime fighting victories at the IRS website's CI overview page, as well as in the division's 2018 annual report.

See CI agents in person: And if you're going to be in Las Vegas later this month, you might want to make time to attend The Mob Museum's special program, "The IRS and Organized Crime: 100 Years of Following the Money."

The Monday, Sept. 23 panel discussion that evening (6-8 p.m.) will feature CI Chief John D. (Don) Fort, along with some of his agents who will describe recent cases and how they uncover financial crimes across the globe.

However, those prices also include admission to the museum.

So go early and peruse the exhibits to get an idea of some of the topics you'll hear about in the evening's discussion of how IRS special investigators are still following the tax crime money.