Illinois to start tax withholding from some nonresident employees' paychecks 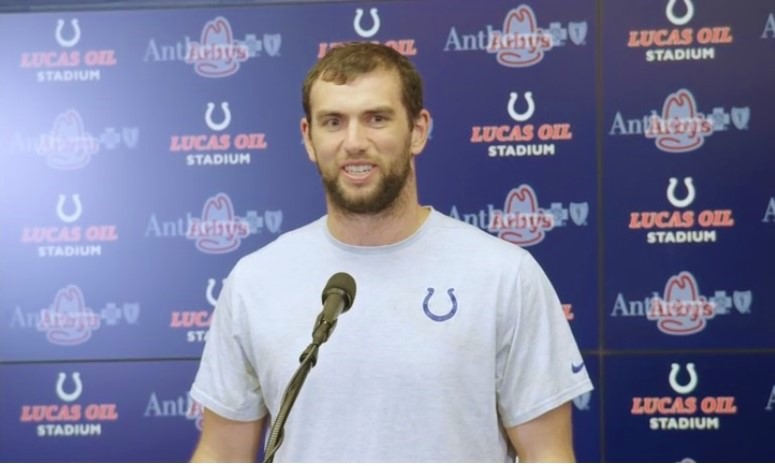 Andrew Luck announces his retirement from the NFL's Indianapolis Colts. The main reason the young quarterback quit the game was injuries. A bonus to his departure: no more jock tax calculations.

The National Football League's 2019 season kicks off tomorrow night, but Indianapolis Colts quarterback Andrew Luck won't be on the field.

The 29-year-old stunned the sports world on Aug. 24 when he confirmed rumors that he was retiring from the sport.

Colts owner Jim Irsay estimated that Luck could be giving up as much as $450 million in future salary. Luck, however, obviously thinks he has made enough money from his time playing, which began in 2012.

Instead, the long list of injuries Luck's suffered as a professional football player were a deciding factor.

No more jock tax troubles: Along with no longer worrying about what new aches he'll have after every NFL game, Luck also has simplified his tax situation.

He and all professional athletes are subject to the jock tax, which means they owe various states and often cities, too, a portion of their earnings every time they step onto a visiting field (or arena or baseball diamond) in a place with an individual income tax.

And it's not just athletes who must deal with the jock tax.

Folks who live in one place and work in another, regardless of their profession, also must sort though the applicable taxes for their dual (or more) employment-related jurisdictions.

It's also something that employers who, in this era of hiring workers who cross borders, must deal with administratively.

Illinois defines non-resident tax resident: One of the places where Luck and his Colts colleagues had to deal with another state's taxes was Illinois.

The Indianapolis Colts and da Chicago Bears have met each other 43 times, including one postseason game. The Colts have the upper hand, winning 24 of the games.

To help Illinois employers and their nonresident workers who come into the Prairie State a bit more frequently, there's a new law that should clarify tax considerations and some tax tasks.

Enacted on Aug. 26 and taking effect in 2020, Illinois will require employers to withhold state income tax from nonresident workers who spend more than 30 working days within the state's borders.

Essentially the law says that Illinois nonresidents spending more than a month's worth of working days annually in the state are deemed to earn compensation in the state. That makes them subject to Illinois' income tax.

As for the companies with the new short-term Illinois residents, the new law generally requires employers to either:

The new laws also allows Illinois residents to claim a state tax credit for taxes paid to other states if the tax paid was in connection with days spent in another state.

In 28 of the states, and with limited exceptions, all covered wages earned from employment in a nonresident state are generally subject to the paying state's personal income tax and withholding requirements.

The other 23 specifically exempt from nonresident income tax those wages paid to nonresident employees who are present in the state to perform occasional duties that are incidental to the employee's out-of-state job duties.

However, these 23 jurisdictions also have a minimal threshold at which a state's nonresident income tax withholding applies may be based, according to data from Ernest & Young. It's based on:

The "days threshold" ranges from 12 in Maine to 60 in Hawaii.

Federal interest in multistate taxes: Many workers and companies across the United States for years have pressured Congress to establish a uniform system of dealing with remote and occasional on-site employees.

And Capitol Hill has tried to do something here. But to no avail.

For more than a decade, several bills have been introduced that would simplify and streamline state nonresident income tax. The closest any have come to being law was in 2017 when the House passed such a bill, just like it did in 2012. However, the congressional session ended in both cases before the measure came before the Senate.

And yes, tax savvy blog readers, it does sound a lot like the fruitless path of federal remote sales taxation.

That was back on Feb. 28. It's been sitting unnoticed in the Senate Finance Committee since then.

When the Senate tax panel does get around to holding a hearing on the bill, they'd learn that it calls for nonresident income tax to be simplified and streamlined for individuals and employers by prohibiting states from imposing income tax on individuals who work within a nonresident state for 30 or fewer days in a calendar year.

For applicable nonresident employees, employers would be relieved of withholding nonresident income tax and meeting any related information reporting requirements.

Record keeping also would be simplified by releasing employers from withholding or reporting penalties if they rely on an employee's annual good-faith determination of time to be spent working in the nonresident state.

Until Congress takes action, though, it will be up to states to, like Illinois, set up their own tax guidelines regarding state income taxes and non-resident workers.