How states deal with gas tax hikes and the potential for, finally, a federal increase

As I was making my usual trip between my mother's and home, I noticed a wide range of prices at gas stations along the way. Heck, I noticed some wide differentials in fueling stops less than a mile apart in my area of Austin.

The one consistent factor was that they all were down from earlier this summer.

That's not a surprise. Now that the long Labor Day weekend is over, the summer vacation season where most folks still load the family in a car and hit the road is done, too.

So what exactly affects the price of gasoline?

A gas for all seasons: Seasonal changes are one thing. In fact, there actually are winter-blend and summer-blend gasolines.

That's why every spring, gas prices seem to skyrocket to the highest prices of the year as many refineries close for maintenance during this fuel transitioning.

Not to get to deep into the weeds here — you can do that in this explanation from AAA — but the fuel differences basically are how easily the fuel evaporates at a given temperature.

Fuel transport issues: Fuel distribution also plays a part. The cost of getting gas from the refineries to the individual stations often plays a major role in what we pay when we fill up our cars.

That's why the folks along the Eastern Seaboard will be paying more for a while. Until the transportation impediments created by Hurricane Dorian are removed, fuel prices in the affected storm regions will be higher.

Supply and demand: Dorian's approach also highlighted the basic free market economic rule of supply and demand. With so many residents in Dorian's path looking to top off vehicle tanks and get extra gallons for generators, gas prices spiked.

Yes, there was some price gouging. But mostly it was everyone wanting the same product at the same time. That's a seller's dream.

Gas taxes, too: Then there are, of course, fuel taxes.

Gas taxes have often been considered something of an integrated user fee to pay for construction and repair of U.S. roads, bridges and interstate highways, note the folks at Wolters Kluwer Tax & Accounting.

But that funding mechanism has in large part been as stalled as traffic on, here in Central Texas, I-35. Feel free to substitute the major thoroughfare in your region that causes you and other drivers the most hassle. 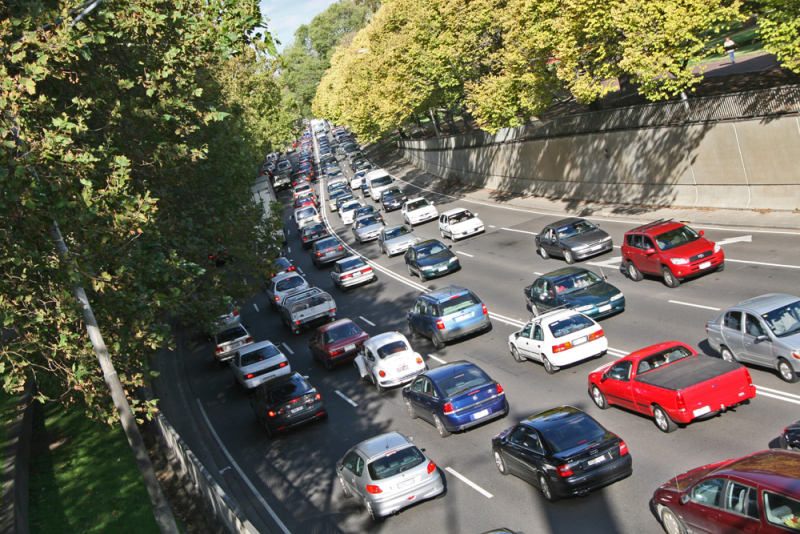 The federal gasoline excise tax is 18.4 cents per gallon. It's been at that level since 1993.

No state raised gas taxes between 2010 to 2012, when the cost of gasoline was rising to some of its highest levels in history, according to Wolters Kluwer. Lawmakers knew better than to antagonize voters who drive by adding more taxes to those rising prices.

But with deferred transportation-related maintenance reaching a critical point in some areas, a majority of states since 2013 have now raised their state taxes on fuel.

How states deal with fuel taxes: Many states, says Wolters Kluwer, are abandoning fixed gas tax rate increases for rates adjusted for inflation, the price of fuel, efficiency of the vehicle or creating planned increases over a period of time.

Here are some other observations from the global tax information and services company on what's behind increasing gas taxes and how they can fluctuate from state to state.

Federal gas tax could go up, too: Finally, there's the big question of what, if anything, will the federal government do as far as fuel taxes.

There are indications that Uncle Sam might be is reconsidering his levy.

The main reason is that federal lawmakers reportedly are considering major infrastructure legislation.

That's not a big surprise as fixing roads and bridges and the like is an essentially apolitical enterprise.

Every person, regardless of political affiliation, relies on ground transportation. Good roads matter to those of us who drive as well as to folks who rely on public transport. Plus, most of the products we consume get to our doors or stores by vehicles.

This nuts and bolts consideration could be a winner for members of Congress as they face re-election in 2020.

Yes, it could indeed soon be Infrastructure Week again.