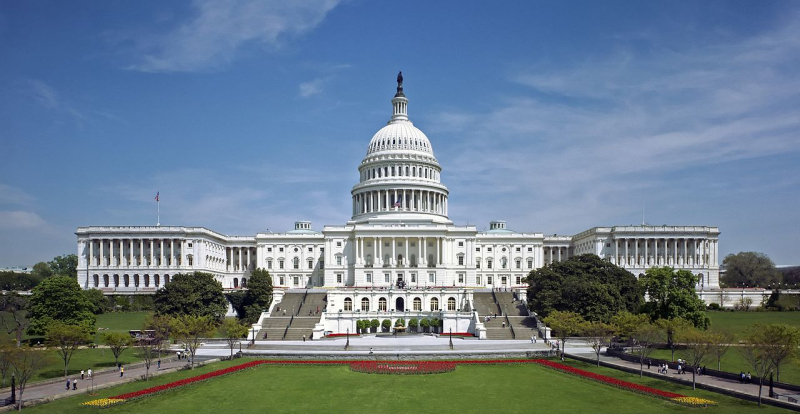 Congress is back. But will Representatives and Senators get any more done these last few months of 2019 than they did earlier? Probably not.

While this 116th Congress hasn't been a total bust — 56 bills have passed this year — it's not been a particularly productive one. None of these bills was major legislation.

In fact, the enacted laws are 16 fewer than the lowest number passed in a single calendar year over the last 30 years. Plus, most of them have been commemorative measures or extensions of prior laws, not bills that change Americans' lives in any substantive way.

Some would argue that's not necessarily a bad thing.

But then we are paying these folks to do jobs and they don't seem to be too intent on following through.

And chances for Congress to change this pattern change lessen as the 2020 election nears.

There are, however, a handful of fiscal measures that do need attention.

Government funding: This used to be a routine piece of Congressional business. No more.

While it's unlikely we'll face another historic 35-day government shutdown like we endured in earlier this year, some sort of federal services stoppage gets more possible as we near the Sept. 30 deadline.

The House already has said it's going to go with a continuing resolution that will keep Uncle Sam's office open into November. Senate action, however, is lagging.

And the Pentagon's recent announcement that it's diverting money from military construction to build parts of the Mexico-U.S. border wall has heightened political tensions. The fiscal reallocation could throw a kink into upcoming fiscal year funding discussions.

Stay tuned. We'll know in three weeks if we still have a semi-working government.

SECURE Act insecurity: One piece of legislation that could qualify as major is the Setting Every Community Up for Retirement Enhancement Act or SECURE Act. It easily passed in the House by a 417-3 margin in May.

Despite the broad House support, some say the bill doesn't go far enough in dealing with badly needed retirement reforms.

One of the problem areas cited by C. Eugene Steuerle, Urban Institute Fellow and Richard B. Fisher Chair, in his post on TaxVox blog, is the SECURE Act's failure to reduce the complexity of current retirement options. "While some provisions of the SECURE Act do simplify the law, many of the changes would create additional savings options and add administrative costs to savers," write Steuerle.

The Senate has yet to act. Instead, it's looking at its own bill, similar retirement bill, the Retirement Enhancement Securities Act (RESA).

Some of RESA's provisions — and concerns of Steuerle and others — may make their way into the SECURE Act, or parts of the SECURE Act may be modified through committee or other Congressional action before being signed into law.

But that takes time for the two legislative chambers to hand off the amended bills back and forth. To get anything done on what could be the first real major retirement legislation since the Pension Protection Act in 2006, Congress needs to get on the stick now.

Extenders still in limbo: Finally, there are the expired temporary tax provisions known collectively as the extenders.

Yep, we're still waiting for action on tax breaks that expired at the end of 2017 and 2018. Without some action and soon, effective tax planning by individuals and businesses is up in the air.

House Ways and Means in June approved an extenders package that would renew tax breaks that expired in 2017, 2018 and several heading for oblivion at the end of 2019. It's not yet scheduled for full House consideration, where it's expected to face opposition from Republicans who oppose the revisions to the estate tax thresholds that would pay for the extended tax provisions.

Meanwhile, on the other side of Capitol Hill, Senate Finance Committee Chairman Chuck Grassley (R-Iowa) has his own extenders bill, supported by Ranking Finance Member Sen. Ron Wyden (D-Oregon).

To get the Senate tax measure moving, Grassley and Wyden enlisted Finance Committee members in six separate bipartisan task forces. Four of the reports have been released so far.

Outlook dim: I'd put my money on Congressional action in only one of these three areas, the fiscal year spending measures.

Given the widespread public outcry during the government shutdown in January, lawmakers know they have to keep federal services running or face the wrath of voters disgusted by Washington's inability to complete even the most basic of tasks.

The retirement bill and extenders might eventually make it through Congress, but if that happens it will be as lawmakers are once again scrambling to get out of town for December's holidays.

No way to do the people's business: This current legislative modus operandi is astounding.

It used to be that lawmakers wanted to have at least one major bill to present to potential voters. Now they seem to want voters to know that that they haven't meddled in the electorates' lives too much.

That's not a good look. It's an admission of simply being placeholder public employees.

And it's also an indication that staying in Congress is more important to them than actually doing something as members of Congress. By not passing laws, House and Senate members take away their political opponents' ammunition during a reelection campaign.

Sadly, this current do-nothing legislative branch isn't a surprise. Such trepidation is common with the type of divided government we now have.

So here we are, treading legislative water. You might want to think about whether you want to continue such a useless pattern when Nov. 3, 2020 arrives.