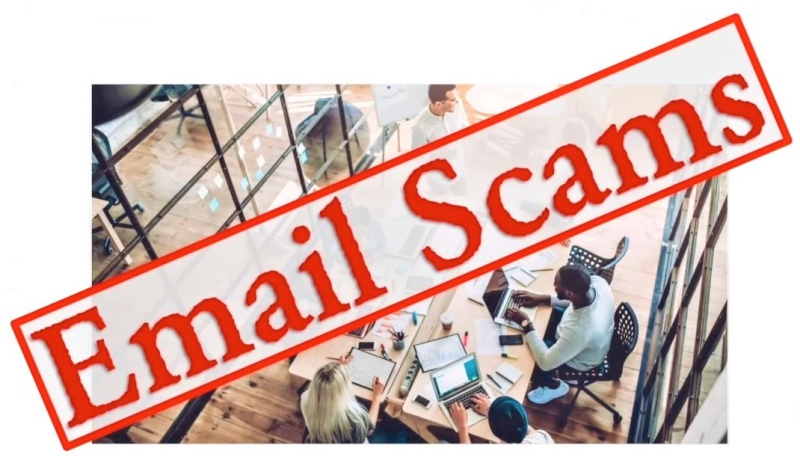 The scams, officially known as Business Email Compromise (BEC) schemes, are designed to intercept and hijack wire transfers from businesses and individuals, including many senior citizens.

Most of the alleged cyber criminals, 167, were arrested in Nigeria. Insert your own fraudulent prince email comments here. Another 74 people in the United States were taken into custody. The remaining arrests were made in France, Ghana, Italy, Japan, Kenya, Malaysia, Turkey and the United Kingdom.

In addition to jailing alleged scammers, investigators with the Departments of Justice, Homeland Security, Treasury, State and the Postal Inspection Service, and the U.S. Department of State also seized nearly $3.7 million.

That's a lot of money, but this week's By the Numbers honor goes to the 281 arrests.

A number of the cases involved international criminal organizations that defrauded small to large sized businesses, while others involved individual victims who transferred high dollar funds or sensitive records in the course of business. The scams not only affect the victims and targeted companies, noted investigators, but also the global economy.

The sophisticated scams often targeted employees with access to company finances and businesses working with foreign suppliers and/or businesses that regularly perform wire transfer payments, according to law enforcement officers.

The same criminal organizations that perpetrate BEC also exploit individual victims, often real estate purchasers and the elderly. The victims were convinced to make wire transfers or send checks to bank accounts controlled by the criminals.

In addition, the con artists also targeted sensitive information such as personally identifiable information or employee tax records instead of, or in addition to, money.

Myriad scams employed: The Internet Crime Complaint Center (IC3) reports that nearly $1.3 billion in losses was reported in 2018 from BEC and its variant, Email Account Compromise (EAC). That was nearly twice as much as was reported the prior year.

In addition to the scam masterminds, the con attempts also involve money mules. These are individuals who may be witting or unwitting accomplices who receive the scammed funds from victims and then at the direction of the main fraudsters transfer the money into other accounts.

BEC scams are related to, and often conducted together with, other forms of fraud, including:

If you ever encounter any of these scam attempts, first don't fall for them.

Then notify the appropriate law enforcement and consumer agency. The FBI provides a variety of resources relating to BEC scams through the IC3 website.

If you discover you are the victim of a BEC or EAC scam, immediately contact your financial institution to request a recall of funds. If it involves your company, notify your employer to report irregularities with payroll deposits.

Also file a complaint as soon as possible, regardless of the amount. IC3 staff reviews complaints, looking for patterns or other indicators of significant criminal activity, and refers investigative packages of complaints to the appropriate law enforcement authorities in a particular city or region.

Tax scam prevention, follow-up: Where taxes or taxpayer data is involved, also let the IRS know of the scam, both failed attempts as well as cases where tax data is compromised.

When your personal and/or financial and/or tax data has been compromised, consider placing a freeze on your credit account.

The IRS has a couple of online guides to help, the Taxpayer Guide to Identity Theft and Identity Protection: Prevention, Detection and Victim Assistance.

You also can find more tips on preventing tax ID theft tips or recovering when a crook used your information to file a fraudulent refund at my posts Don't become a tax identity theft victim and Fear you might be a tax ID theft victim? Here's what to do.

"In unraveling this complex, nationwide identity theft and tax fraud scheme, we discovered that the conspirators stole more than 250,000 identities and filed more than 10,000 fraudulent tax returns, attempting to receive more than $91 million in refunds," said IRS Criminal Investigation chief Don Fort in discussing his unit's role in Operation reWired.

"We will continue to work with our international, federal and state partners to pursue all those responsible for perpetrating this fraud, preying on innocent victims and attempting to cheat the U.S. out of millions of dollars," added Fort.