Home Table of Contents Tax Tips Credits Deductions Refunds State Taxes Politics/Laws Tax Terms Archives
You have an extra day, until Sept. 16, to make your 3rd 2019 estimated tax payment
The many ways to tax the rich

Don't fear, or fall for, these 13 seemingly scary tax tidbits 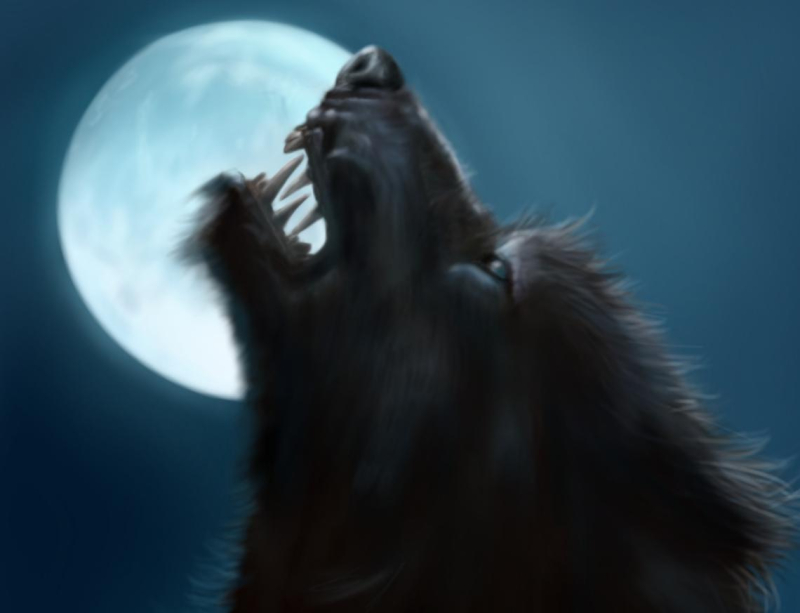 It's Friday the 13th and a full moon will rise late tonight.

Werewolves and Friday the 13th. Scared yet?

Take a breath. Depending on where you live, and how superstitious you are, tonight might not be so bad.

The Farmers' Almanac says folks in the Pacific, Central and Mountain time zones will get to gaze on the full moon before midnight this Friday, Sept. 13. However, if you live in the Eastern time zone, the moon won't be full until 12:33 a.m. on the less spooky Saturday, Sept. 14.

Micro Harvest moon: Plus, it won't be a very big full moon. This Harvest Moon, the name given the full moon closest to the Autumnal Equinox on Sept. 23, also is a micro moon.

As the name indicates, it's the opposite of the previously lauded super moons. Tonight's moon, says the says the Farmers' Almanac, is nearly at apogee, the point in the moon's orbit where it's at its greatest distance, 252,100 miles, from Earth.

That means tonight's full moon will look about 14 percent smaller than usual.

So maybe the lycanthropes will be small, too, and not around for very long or at all along the East Coast, tonight.

Scary tax misconceptions: All these combined supernatural thoughts got me thinking about other superstitions, myths and mistaken ideas, specifically those related to taxes.

So on this full moon (for most of us) Friday the 13th, here are Here are 13 misguided tax beliefs that you shouldn't fall for on any day — or moonlit night — of the year.

The U.S. tax code still applies to young and/or in school earners who make certain amounts of money for their age and filing status. In these cases, the IRS expects them to file a 1040.

Separate returns by spouses usually mean higher tax bills for the spouses, but in some situations filing two 1040s is the better move.

And if you're still legally married but separated and are caring for a dependent child, you might be able to file as a head of household.

3. An audit involves time-consuming meetings with the IRS.
Sometimes, but not always. IRS data over the last few years have shown that less than 1 percent of individual returns that were audited were examined in person. Most tax audits are actually solved through the mail, known as correspondence audits.

So while every taxpayer's goal is to avoid any kind of audit, don't obsess over the possibility that you'll face a full face-to-face field audit. And if you do happen to get a notice from the IRS, be sure to answer its questions as soon as possible to resolve any IRS questions about your return.

4. Tax filing is voluntary.
Sorry, but this is a load of hooey perpetuated by tax protesters. Folks have latched onto the use of the word "voluntary" but ignored its companion word "compliance."

Paying taxes is not voluntary, but filing our annual returns so that we pay the correct amount is voluntary. The IRS depends on our voluntary compliance here. Most of us do just that for a variety of reasons.

Some of us fear the aforementioned audits. Others believe paying taxes is part of everyone's civic duty. And a lot of us fill out 1040s every year because we're getting refunds.

But folks who don't file because they don't believe it's required will be hearing from the IRS.

5. Illegal income is tax-free.
You and all the wannabe Al Capones out there wish! While the IRS doesn't care how you get your cash, it definitely wants its rightful portion of your money, even if it's ill-gotten.

And as with any deduction, the key is to avoiding a special IRS inquiry, or at least ending it as soon as possible, is thorough documentation.

7. If I didn't get a 1099, I don't owe any tax.
Wrong, wrong, wrong. Independent contractors might not get a tax statement from a payer if they earned less than $600 for the job. But that $600 figure refers only to the amount that triggers the requirement that a paying entity send out the form.

Regardless of how little you earn, and even if you don't get a 1099 or any other documentation, it's taxable income.

Sure, it might be difficult for the IRS to track down those various $50 and $100 payments, but if it does find them, you'll owe the taxes on the unreported earnings along with penalties and interest for not including them on your 1040 in the first place.

8. A tax refund means my return is fine.
You filed. You got your refund. Tax case closed, right? That's usually the case. But that check from Treasury or direct deposit of the amount doesn't necessarily mean you're in the clear. The IRS generally has up to three years to take a closer look at your filing. If finds an issue during that time, you'll be hearing from an agent.

9. After three years, the IRS can't audit me.
For most taxpayers, three years from the date a 1040 is filed (or the due date, whichever is later) is the amount of time that the IRS has to audit a return. But several things can affect the statute of limitations when it comes to an audit.

If, for example, you don't send in a return, the IRS gets to look into your taxes whenever it sees fit. And if there's an indication of tax fraud, there's no limit on when the IRS can review your filing.

10. If the IRS is OK with my return, my state taxes also are fine.
This usually is true. Most of the states that do collect income taxes use your federal return as the basis for the filing. But anyone who's filled out a state tax return (ah, fond memories of our Maryland filings) knows that there are some tweaks of your federal data on the state forms.

And state tax departments are getting pickier as states have suffered financial losses during the recession. So double check those forms so that you don't hear back from your state tax office.

11. Standard deduction filers get stiffed.
True, most taxpayers claim the standard deduction instead of itemizing. It's also true that they lose out on some popular tax-cutting deductions. But this was never necessarily true and it certainly isn't now that the Tax Cuts and Jobs Act (TCJA) of 2017 greatly increased standard deduction amounts.

You can still fill out a Schedule A if it's more than the new standard amounts, but for most taxpayers that won't be the case, especially since so many itemized deductions also were eliminated or reduced by the TCJA.

And many of the so-called above-the-line deductions that are available to qualifying taxpayers regardless of which deduction method, itemized or standard, they choose are still around.

12. Amending a return will get you audited.
Based on all the audit-related myths, the thought of facing an IRS examiner obviously is a top tax terror. But the idea that correcting or changing an old 1040 will automatically prompt an audit is wrong. Most people file an amended return (that's Form 1040-X) because they discovered they missed something on their original return that will get them a lower tax bill or bigger refund.

If, however, you find you made a mistake that will cost you a bit more, you should amend your return anyway. Getting your taxes right is what you and the IRS both want. An effort to do that won't put an IRS target on your back.

13. My tax preparer is liable for any errors.
Sorry, but you are still ultimately responsible for any mistakes on your tax return. If it's a joint filing, both spouses are jointly and severally liable, which is legalese for the IRS will come after you both for any due taxes.

You should have paid better attention to the statement on your return just above the line for your signature. The one that talks about "under penalties of perjury" ...

And while there are instances where paid preparers can be held culpable, the bottom line (or penultimate section of your return as far as signatures go) is that it's your tax return, your tax responsibility. You agreed to that by inking your old-fashioned John Hancock on a paper form or via an e-signature for electronic filing.

But just in case you don't want to press your tax or other luck, you might want to stay in today (and tonight) and watch a movie. An American Werewolf in London (that's the transformation scene video clip below; warning: brief nudity), Underworld: Rise of the Lycans, Teen Wolf or the Lon Chaney, Jr. classic The Wolf Man, perhaps?