Tax relief — and refunds! — on the way to filers who faced underwithholding penalty 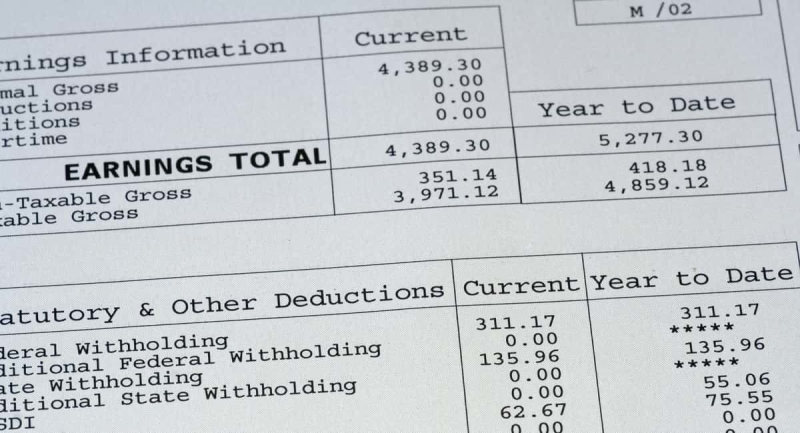 The tax law changes under the Tax Cuts and Jobs Act (TCJA) and its effect on withholding wreaked havoc this filing season.

Some folks found, much to their dismay (and stronger reactions…) that for the first time in their tax-paying lives they owed taxes because they didn't have enough tax withheld from their paychecks.

The Internal Revenue Service saw this coming. It tried to warn folks, encouraging them to adjust their withholding so that they wouldn't face this predicament.

Then the IRS announced an easing of the penalty owed if you under withheld. Twice.

Now, with the 2019 tax season about to wrap up — the final deadline for extended 2018 tax year filings is Oct. 15 — the IRS is making one more magnanimous move.

It is automatically waiving the estimated tax penalty for the more than 400,000 eligible taxpayers who already filed their 2018 federal income tax returns but did not claim the waiver.

Relief and refunds on the way: Those to whom this relief applies – that's filers who paid at least 80 percent of their total tax liability through federal income tax withholding or estimated tax payments but did not claim the special waiver when they filed their 2018 taxes — don't have to do anything.

The IRS says it's automatically granting the relief to those who paid the penalty instead of seeking a waiver of it when they filed their 2018 tax refunds.

Even better, those due refunds because they paid the penalty will get tax refunds.

The affected filers, says the IRS, first will get snail mailed copies a CP 21 notice alerting them to the penalty relief.

Then those eligible for any associated tax refunds then will get that money about three weeks after they get the notice.

Reason for underpayment relief: I know lots of folks will stop reading after the part about getting refunds, but just in case you're interested, here's the background on why the IRS is taking this step.

While the TCJA made lots of Internal Revenue Code changes, one thing it didn't change was the penalty for underwithholding.

Under our pay-as-you-go tax system, earners are supposed to have tax withheld or make estimated tax payments to ensure that the Treasury gets the funds throughout the year.

If you come up short at filing time, you face a penalty on the underpayment.

The penalty usually applies when a taxpayer doesn’t pay at least 90 percent of the tax due at filing time. This 90 percent threshold can be reached via withholding from paychecks, estimated tax payments or a combination of the two methods.

Because of the withholding issues under the transitioning to the new tax reform laws, many people didn't change their withholding, which they submitted to their bosses under the old tax laws.

In some cases, that meant that they now weren't withholding enough.

To help them avoid any potential underpayment penalty, the IRS announced in January that it would lower the threshold to 85 percent. Then in March it dropped it even more to 80 percent of a taxpayer's total 2018 tax liability.

Uncle Sam's tax collector also removed the requirement that estimated tax payments be made in four equal installments, as long as they were all made by Jan. 15, 2019.

Waiver form required for relief: While the IRS decision to lower the threshold to the eventual 80 percent threshold was helpful, being the IRS, it still required a form.

To take advantage of the lower threshold and estimated tax relief, filers who had filed before it was announced should have asked for the added relief by submitting Form 843, Claim for Refund and Request for Abatement (and including the statement "80% Waiver of estimated tax penalty" on Line 7).

Why did so many underwithholders overlook the waiver option that would have granted them an additional 5 percent grace space?

One reason could be that despite the efforts of the IRS (and me!) to alert taxpayers to the added relief, some folks didn't get the message.

Another reason could be tax human tax nature. People tend to like to be one and done when it comes to their annual filing obligations. 1040 sent. Finito. See you next year, IRS.

Form 843 also likely was ignored in many cases because it cannot be filed electronically.

Millions of filers are part of the growing filing segment that prepares their taxes using software and, at the urging of the IRS, e-files them. That's the only way they connect with the IRS.

In these DIY tax situations, folks don't expect to also have to send in a paper form after their tax preparation software tells them to hit send.

The IRS realizes these issues, hence the automatic waiver.

"The IRS is taking this step to help affected taxpayers," said IRS Commissioner Chuck Rettig in a statement announcing the automatic underwithholding relief. "This waiver is designed to provide relief to any person who filed too early to take advantage of the waiver or was unaware of it when they filed."

Procrastinating filers take note: If you've eligible for the underpayment waiver but haven't filed yet because you got an extension to file, make sure you get the relief, too.

The IRS, true to its please e-file form, notes that electronic filing is the quickest and easiest option for those eligible for the underpayment relief and filing extensions due by Oct. 15.

When you finally get around to completing and submitting your 2018 tax year return sometimes in the next nine or so weeks, you can take advantage of the waiver computation now built into tax software packages.

Folks still committed to old-fashioned paper returns should be sure to fill out Form 2210 and attach it to their 2018 return.

Update withholding now: Finally, if you discovered your withholding was incorrect (and costly) for the 2018 tax year, act now so that you don't see a repeat on your 2019 taxes.

The IRS encourages all taxpayers to do a paycheck checkup to ensure their withholding is correct. The IRS' new online tax withholding estimator is a great place to start this withholding assessment.