Are you rich? This interactive tool tells you 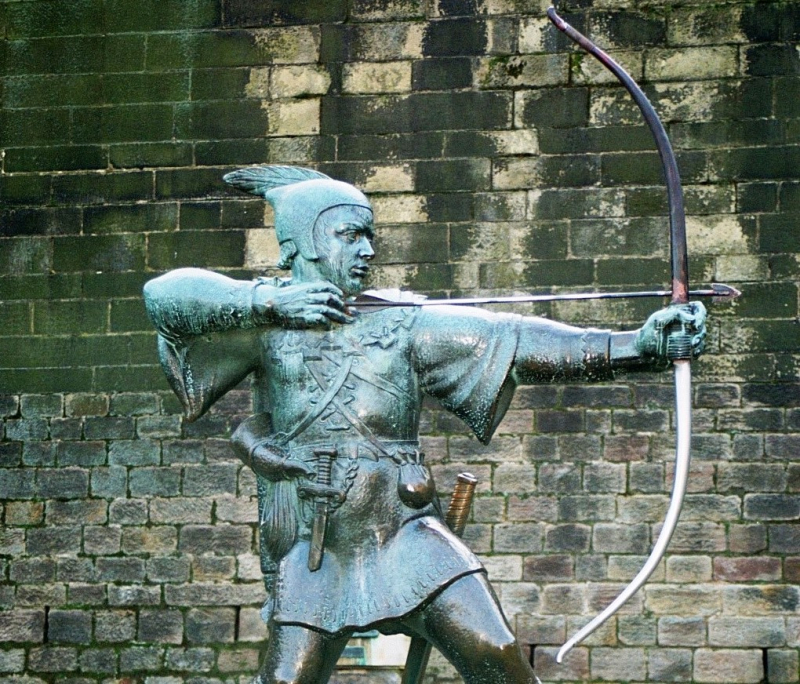 The legendary outlaw Robin Hood, memorialized in this statue in Nottingham, England, took from the rich and gave to the poor. Nowadays, politicians offer Robin Hood style tax plans that increase levies on the wealthy to fund programs for lower income citizens. (Photo by sculptor James Woodford via Wikipedia Commons)

If you've been following the cadre of campaigners for the 2020 Democratic presidential nomination, you know that several White House wannabes have offered tax plans calling for various tax hikes on richer Americans.

The latest is from New York City Mayor Bill de Blasio, whose catch-all plan basically would, in his words, "tax the hell out of the wealthy."

Taxing the rich is actually OK: While the wealth tax plans are getting some political blow back, proposals to tax wealth actually find support across party lines.

In fact, one survey conducted before Republicans began pushing their tax reform cuts in late 2017 found that most Americans supported raising taxes on corporations, the very wealthy and even themselves to balance the budget.

That didn't happen, of course. We got the Tax Cuts and Jobs Act and the federal deficit is expected to soon break the $1 trillion barrier. But that's a debate for a future post.

The somewhat counter-intuitive take that it's OK to increase some taxes is because in most cases, we regular Joe and Jane Taxpayers aren't the target of tax the rich plans.

Wealth tax proponents are talking about folks with lots and lots of zeros after a number.

Now, however, especially with a self-proclaimed (but yet to prove it) billionaire in the White House, most of us agree that that while 250K is a lot of money (and I sure wouldn't turn it down), that much moolah doesn't qualify someone as rich.

So I was intrigued when I saw a The New York Times piece last week asking, "Are you rich?"

It offers a simple interactive tool where you can find out where you rank in your metropolitan area. If you don't live in or near a big city, you can pick one from the newspaper's selections and see how'd you fare there.

And yes, there's a tax hook.

Personal income affects tax increase perspectives: The Times' Upshot feature notes that while Americans generally like the idea of taxing other people to provide benefits for people like themselves, things change when specific details become known.

But not surprisingly, redistributive [tax] policies become less popular as more details about them become known — one reason some Democrats are worried that initial public support for proposals like "Medicare for all" and guaranteed free tuition to public two- and four-year colleges will eventually wane.

And that attitude isn't confined to the good ol' U. S. of A.

A Swedish wealth perception experiment found that when survey respondents learned they were higher on the income spectrum than they thought they were, they became less generous in their attitudes toward policies that would distribute money away from people like them.

More than money matters: Of course, determining a person's wealth is complicated. It's not just how much money you bring home or have invested or saved.

You have to figure in all sorts of external ramifications, such as housing costs in your area.

So do kids. Children are expensive.

But the New York Times' online wealth evaluation tool does offer a down-and-dirty look at the income distribution of people and households in metro areas across the country. That's why it gets this weekend's Saturday Shout Out.

Check it out and see where you stand vis-à-vis your neighbors.

You also can plug in different U.S. locations and see if it's worth moving so that you could count yourself as rich.