The French digital tax and how it might affect users, not just tech giants 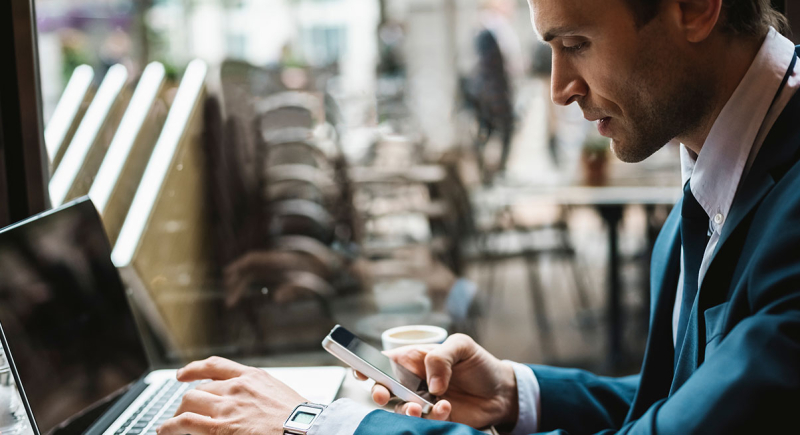 Do you simultaneously use multiple digital devices? Me, too. Our online addictions are big money for tech giants and now France and other European nations want to get a piece of the tax pie from the global conpanies.

They were shut out of Donald J. Trump's Social Media Summit on Thursday, July 11, which didn't end too, well, sociably.

Worse, that same day France approved a measure to tax the tech giants.

Since most of us live inordinately digital lives nowadays, I'm giving an early Saturday Shout Out, otherwise known as a Friday Focus when it's moved up a day, to several recent articles on France's proposed digital tax and what it could mean to millions of online Americans.

The first is a 3 percent tax on revenues from digital platforms designed for user-to-user transactions. In addition to the usual tech suspects, this would hit such companies as Airbnb and Uber.

There's also a proposed 3 percent tax on digital advertising services. This is an area dominated by Google and Facebook

As France 24 business editor Stephen Carroll notes in his overview of the tax in the video segment below — which gets this week's first Friday Focus/Shout Out, the tax thresholds would mean that only the biggest tech giants would face the tax.

Those limits are earnings of 25 million euros in France and 750 million euros globally, or $xx million and $22 million, respectively, based on today's currency exchange rates are

Basically, that means, says Carroll, the French tax would affect around 30 companies worldwide, including the big three in the United States cited earlier, along with Amazon.

More from public radio: The next shout out, also multimedia, goes to NPR for its report Digital Tax Passed In France Is Aimed At U.S. Tech Giants.

Among my favorite items from the NPR story is a new acronym the French coined for the U.S. companies that will be primarily affected by tax: GAFA for Google, Amazon, Facebook and Apple.

U.S. opposition outlined: As expected, the tax is getting some push back by U.S. officials. This week's third shout out goes to The New York Times article As Nations Look to Tax Tech Firms, U.S. Scrambles to Broker a Deal.

In addition to pointing out how the usual corporate tax cutting tendency of wealthy nations have been flipped by France's new digital tax, the NYT also notes that British leaders have their own plans to impose a similar 2 percent tax on tech giants. Plus, the European Union is mulling a digital tax.

As the tax hike possibilities grow across the pond, the Trump Administration reportedly is planning an investigation into whether the French tech tax (and possible others) are in effect an unfair trade practice. If so, Trump would resort to his favorite presidential tactic, retaliatory tariffs.

What about me?!: Finally, a fourth Friday Focus/Shout Out goes to an article that examines he question we all have, specifically what would a French (and other) digital tax mean to me as an avid digital consumer?

On its own, according to the CNBC article, France's 3 percent tax would hardly dent the revenues of big tech companies. It could, however, say some digital experts, backfire and ultimately harm consumers and smaller businesses it ostensibly aims to protect.

I hope this doesn't dampen your weekend surfing.

On the other hand, maybe it's a good time to max out digitally before we, along with/instead of GAFA, have to pay more.