The Earned Income Tax Credit (EITC) was created more than 40 years ago as a way to give lower-earning workers a tax break.

But from the get-go, the EITC has been problematic.

Now, just weeks before the National Taxpayer Advocate retires, her office has offered Congress some suggestions on how to improve the tax credit, as well as how it can be more effectively administered.

Some tax credit history: The way we got to today's EITC is almost as complicated and intricate as the tax break itself.

However, we all know that folks in Washington, D.C., use a different dictionary when talking about the lifespans of tax measures. Just look at the pending tax extenders bill, which, by the way, includes in the Democratically-controlled House version another expansion of the EITC and other family-friendly tax breaks.

So instead of ending after providing short-term benefits for poorer taxpayers, the EITC took the opposite route, being substantially expanded under the tenure of President Ronald Reagan.

In signing the historic Tax Reform Act of 1986 and its new EITC provisions, the conservative icon called the bill "the best anti-poverty, the best pro-family, the best job creation measure to come out of Congress."

But times and political attitudes change.

Many post-Reagan Republicans now focus on EITC abuses and in recent years have looked at ways to rein in the tax credit. It draws particular enmity because it is refundable, meaning it provides qualifying taxpayers with a refund even when they don't owe any taxes.

True, the latest tax reform measure, the GOP's Tax Cuts and Jobs Act (TCJA), basically left the EITC alone and in fact did index future growth of the credit to inflation.

However, the inflation gauge is the more conservative Chained Consumer Price Index, which will keep it from going up as much as it would have under the previous inflation scoring structure.

EITC refunds still delayed: And the requirement that EITC-produced refunds, as well as those from the also refundable additional child tax credit, must be held until mid-February remains.

The reason for the mandate ostensibly is to give the IRS time to confirm that EITC claims are legitimate.

Sometimes they aren't. Crooks do steal identities and make fraudulent EITC claims on the false tax returns the file. Unscrupulous tax preparers also try to game the credit to get often unsuspecting taxpayers a bigger refund, which means a bigger payment for the so-called tax pro.

In other cases, however, EITC mistakes are the result of how complicate it is to claim this tax break.

EITC-eligible filers often can't afford reputable tax professionals to help to sort through the EITC maze or are unaware of free programs like Volunteer Income Tax Assistance (VITA) that could help them properly file for it.

EITC complications need attention: In fact, the EITC itself could be the subject of a tax map like the one the Taxpayer Advocate Service (TAS) just created as a visual overview of the U.S. tax system.

While TAS didn't take up that specific mapping task (yet), when the tax map was released this week as part of National Taxpayer Advocate Nina E. Olson's final communications with Congress, she also took the opportunity to address the EITC.

Specifically, Olson also offered some suggestions to lawmakers on how to fundamentally reform the EITC. 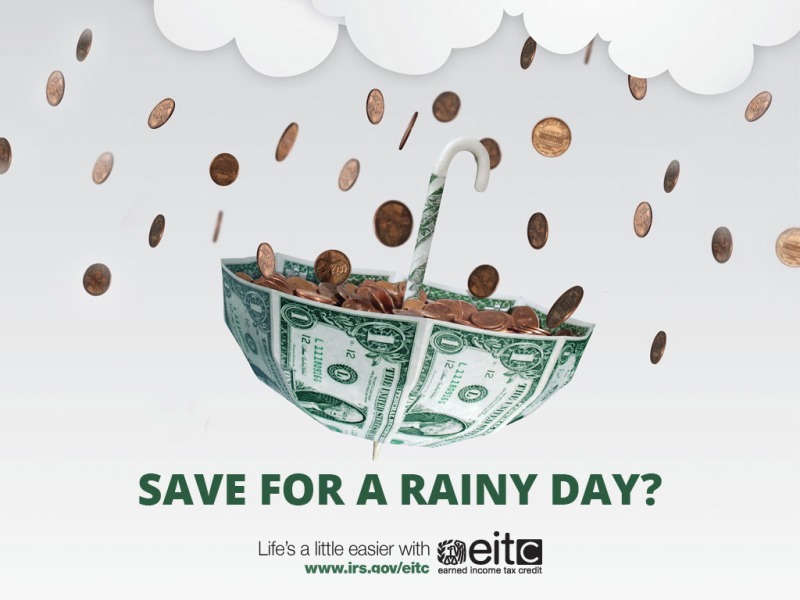 "The way the EITC is structured and the way the IRS is administering it often harms the very taxpayers it is intended to serve," Olson in the statement accompanying her report, which she characterized as a call to action.

IRS dual collection, administrative roles: Although the IRS is primarily a tax collection agency, Olson notes that the agency has second implicit mission as administrator of benefits programs like the EITC.

"The IRS should strive to ensure that low income working taxpayers receive the benefits for which they are eligible and are treated with respect and fairness," says Olson.

She noted that that her report points out that "eligible taxpayers often lose out on benefits to which they are entitled either because they don't claim them, because they aren't able to navigate the IRS's audit process." (See tax map mention earlier.)

Capitol Hill called out, too: As for Congress, Olson says legislators should consider the administrability of tax provisions, especially family and child-related provisions whose eligibility criteria may be difficult if not impossible for the IRS to verify.

"When a tax provision is difficult for the IRS to administer, the provision is more susceptible to improper payments and may cause some taxpayers to be subjected to additional scrutiny," writes Olson.

"This additional scrutiny can be particularly burdensome for low income taxpayers, causing some to give up because they don’t have the knowledge or ability to substantiate their claims," she adds.

Three EITC recommendations: Olson's report, which is among the final missives she'll deliver since she is retiring from her post on July 31, offered three specific ways the EITC could be improved.

First, she suggests Congress consider redesigning the EITC to reduce fraud by separating the worker component from the family-size component of the credit. Lawmakers also need to revise the definition of a qualifying child used in claiming the EITC to better reflect existing modern family relationships. 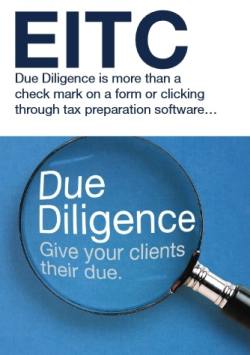 Second, Congress should authorize the IRS to establish minimum standards for tax return preparers and software providers to protect taxpayers and improve the accuracy of EITC claims. This not likely to sit well with tax pros, who feel — justifiably in many cases — that they already are being drafted into a position of being de facto IRS examination agents.

Third, Olson says Congress and the IRS should take steps to ensure EITC compliance procedures are consistent with due process norms and fundamental taxpayer rights. Among these steps is limiting the use of summary assessment authority — this process also is known as math error authority and allows the IRS to make changes to returns and then notify the taxpayer of such — to cases where it's clear that the IRS can easily determine that a mistake was made in calculating the EITC amount.

Where EITC summary assessment authority is used, Olson also suggests that the IRS notices should specify the precise problem with the EITC claim, so that the filer clearly sees what should be corrected or what he/she wants to contest.

Will these changes be taken up by Congress after Olson is gone and no longer around to nag advocate for them?

That depends, not only on how receptive Representatives and Senators are to Olson's final suggestions (on the EITC and other tax issues), but also on who will fill the National Taxpayer Advocate slot.