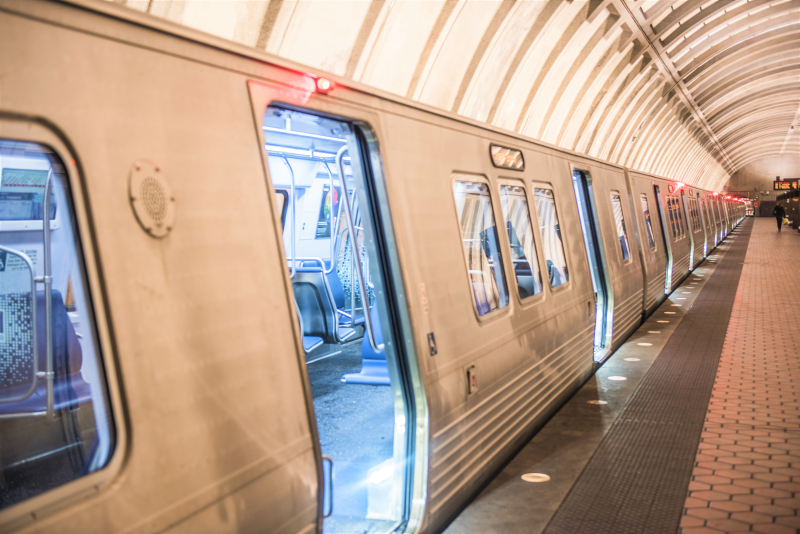 Moving from West Texas to Washington, D.C., was a revelation for many reasons.

One of the key differences was transportation. The hubby and I came from a part of the country where cars (OK, trucks) were, and still are, the predominant way to get around.

Suddenly, as the "On the Town" opening song goes, we were riding in a hole in the ground. We quickly fell in love with the D.C. Metro, even though when we arrived there in 1981, its routes were somewhat limited.

Still, I remember picking up my first Metro map and deciding where we would go next without having to worry about parking.

Traveling the tax route with new map: Those memories came back today when I looked at the Taxpayer Advocate Service's new taxpayer roadmap.

Despite the name, it's definitely got a subway system feel and layout.

National Taxpayer Advocate Nina E. Olson, who will be retiring from her post at the end of this month, acknowledges that, referring to the new visual as a subway map.

Olson also notes that the illustrated route of a taxpayer's journey through the tax system can be complicated.

"It shows the complexity of tax administration, with its connections and overlaps and repetitions between stages," says Olson. "As you can see from its numerous twists and turns, the road to tax compliance isn't always easy to navigate."

"It is my firm belief that taxpayers must have knowledge about their rights within a bureaucracy as complex as the IRS. If only taxpayers who are represented by tax professionals have access to that knowledge, then we do not have a fair and just tax system," says Olson. "Thus, the digital roadmap will be a powerful tool to improve access to justice."

Green means go for your taxes: You can start your route along the tax map on, fittingly, the dark green line. That's where the TAS map, shown below, starts in our tax system with the preparation of taxpayer returns.

From there, where you'll get answers to tax law questions, you and the tax system map wind your way through returns processing (the lighter green line), IRS examination via either routine reviews or audits of returns (orange), appeals (purple), collection (red), litigation (blue) and, for some, private debt collection (aqua). 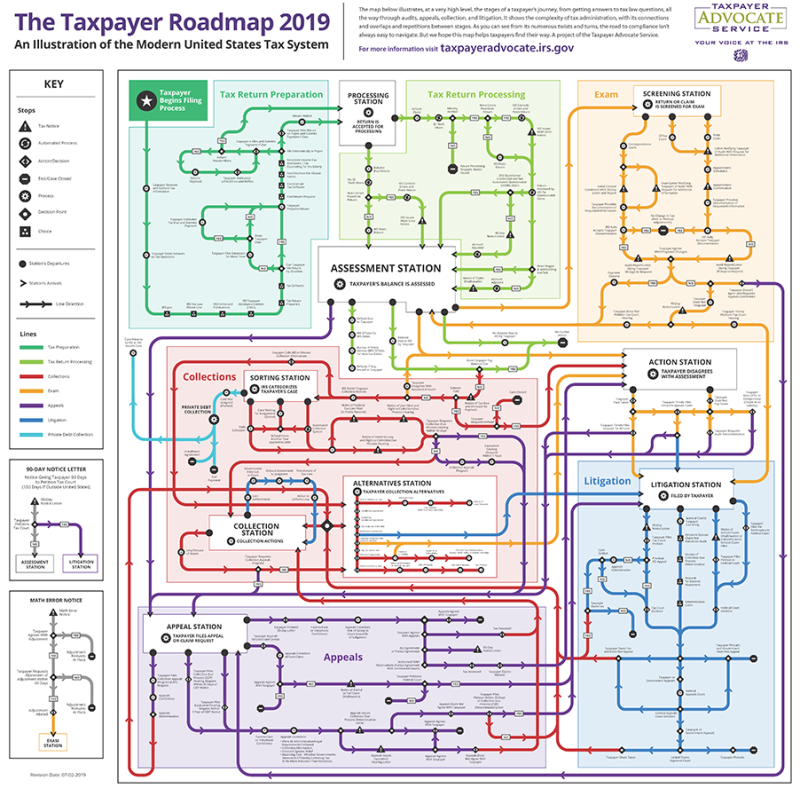 The tax code's complexity and number of steps at each stage prompted original tax map makers to simplify certain processes by omitting multiple sub-steps and detours that in some situations can be significant.

Those associated steps are back in the new map.

Other ways to follow the tax map: Because of its density, I suggest you download the PDF version of the new tax map. Then you can enlarge the pages and focus on the sections that interest, frustrate or terrify you.

The TAS also created a brief introduction video to its tax map.

When that's completed, you or your tax preparer can enter the tax transportation system at any stop and learn more about that step and the surrounding steps.

TAS' goal is for taxpayers to be able to input the number of an IRS letter or notice and generate a pop-up window that provides key relevant information, including where in the process the taxpayer is and what the next steps will be.

Until then, enjoy this version of the U.S. tax system map. Just keep your phone handy in case your still get lost.

While there not yet a dedicated tax GPS, your electronic device can help you check out IRS.gov or the old tax blog or get in touch with your tax adviser.