Moon watching, 50 years ago and today 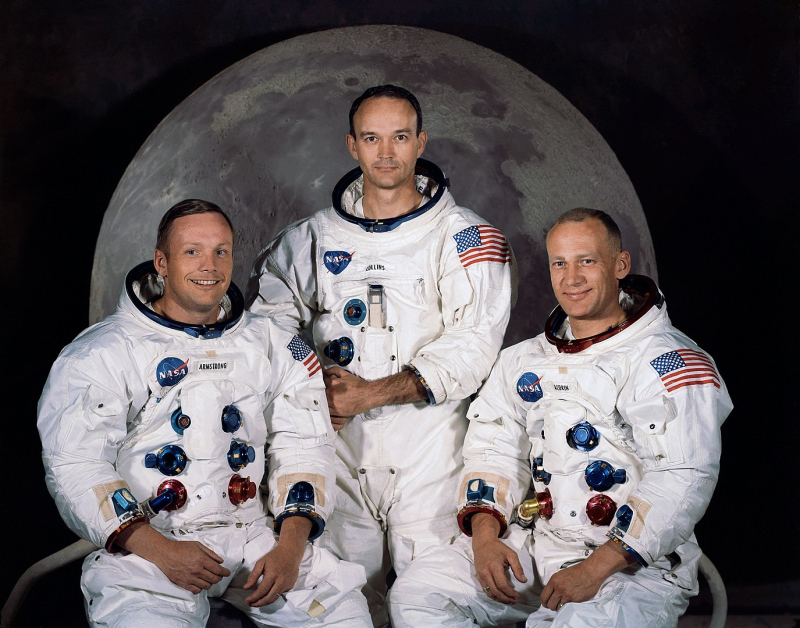 Today, July 20, is a momentous day for science, the spirit of adventure and humanity.

I remember sitting on the floor in front of our black and white television with my younger brother. We had been allowed, actually encouraged, to stay up late to watch (thanks Mom and Dad!).

Our parents were standing behind us, also glued to the screen and as transfixed as their two kids.

Life-long space devotee: Even as a youngster, I knew this was something big.

I had been following the space program for as long as I could remember, partly because of the involvement of another Texan. (Yes, that Texas pride starts early.)

Former President Lyndon B. Johnson had been a champion of manned space flight and although he was no longer in office when interstellar history was made, his handiwork still lives at, among other places, the space center in Houston, later renamed for him.

So on this 50th anniversary of Apollo 11's successful landing in the moon's Sea of Tranquility, this weekend's Saturday Shout Out goes to some of the stories about the moon landing.

Keeping it in Texas to start, I recommend you take 50 minutes to listen to Texas Standard's special program Highway to the Moon: How Texas Paved the Way for Apollo.

"The pathway to the first moon landing ran through Texas, and the marks of that journey left deep and lasting impressions on the Lone Star State," notes the Texas-focused news program that originates from Austin's public radio station KUT.

Among the features are LBJ's role in expanding the National Aeronautics and Space Administration's (NASA) horizons.

An interesting tidbit notes how Johnson, who once he became president launched the war on poverty, saw that federal agency as playing a part in improving and changing the outlooks of the Deep South, hence space facilities were placed in not only Houston, but also Alabama and Florida.

I know I'm biased being a Texan, but I think everyone will enjoy learning more about the birth of our manned space program.

The New York Times has Apollo 11: As They Shot It. The project combines condensed mission transcripts with selected photographs taken by the Apollo 11 astronauts from July 16-24, 1969.

Apollo 11 in Real Time also has original mission control transcripts, audio and video. One of the exchanges between the astronauts and the folks in Houston dealt with more earthly concerns, specifically baseball.

A day before the first humans would walk on Earth's satellite, they were wanting to know how the hometown Astros were doing, according to Cut4.

Sean Foreman shared on Twitter the sports-space excerpt of the July 19, 1969, Houston vs. Cincinnati game:

50 years ago at this moment. Mission Control was sharing MLB scores with Apollo 11.https://t.co/FX4jfbAUkm pic.twitter.com/vK6DqFBw40

More moon shots: There were no long, arcing homeruns — moonshots in baseball parlance for all y'all non-fans — in the closing innings of that Astros-Reds game, but there have been plenty of real ones.

After that first historic step/leap in 1969, humans walked on the moon six more times. There also have been robotic probes making it to the moon. Smithsonian created an interactive map showing all 21 successful moon landings.

Of course, I had to include NASA's official coverage. The original mission video (restored for today's better technology) as aired in July 1969 is posted on YouTube.

The video covers the 2½ or so hours cover Armstrong and Buzz Aldrin, the second person to walk on the moon, conducting several tasks during extravehicular activity (EVA) operations on the lunar surface. On this one and only EVA for Armstrong and Aldrin, the astronauts remained within about 100 meters of the lunar module, collected about 47 pounds of samples and deployed four experiments.

And speaking of time, Space.com put together this oldie-but-goodie infographic on How the Apollo 11 Moon Landing Worked, subtitled 21 hours on the moon.

The visual also has some biographical info on the astronauts aboard the literal moon shot.

Man in the module: While Space.com offers some data on the crew, I also must say a few things about Michael Collins, whom I had the great fortune to get to know a bit when I was in Washington, D.C.

Mike (that's what he told everyone to call him) was the astronaut who stayed in the main command module, orbiting the moon as his colleagues did their jobs on the surface.

For today's 50th anniversary, Mike narrated a special video about the Apollo 11 mission that's celebrated in a Google Doodle.

I totally agree with The Verge's review of the search engine's tribute:

The video is far longer than a usual Google Doodle, clocking in at close to five minutes, but it's worth it for Collins' narration, which summarizes the trip to the moon with his own personal recollections over an animation of the voyage. While Collins didn't descend to the surface himself, he was a solo traveler to the far side of the moon, with “three billion, plus two people on one side [of the moon], and me on the other."

On a personal note, I talked more about the video and Mike, a supremely nice, modest and thoughtful person, in a Facebook post. 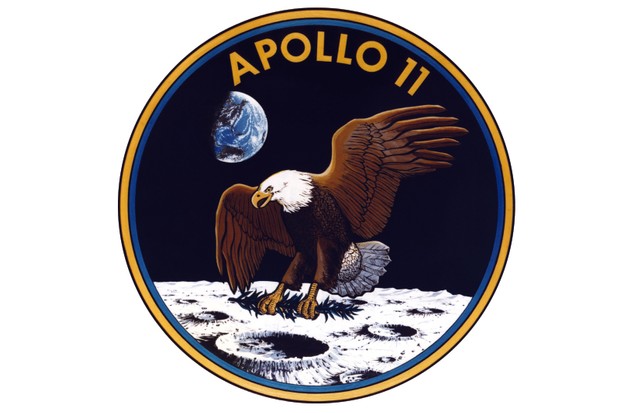 If you were in front of your TV 50 years ago, I suspect you'll be doing what I will be tonight at the precise moment Armstrong stepped onto the moon: Remembering what a wonderful thing was accomplished and hoping that somehow, someday we can get back to the shared optimism and enthusiasm that Apollo 11 generated.

Space(y) tax topics: Finally, to keep at least a little bit on the main reason for the ol' blog, here are some of my posts over the years that have a tax and space (or maybe spacey!) hook.

I was working the night shift at the IHOP on Kenilworth Ave in Riverdale MD (about 2 miles from the D.C. line to the NE).
We had no more than 10 tables between about 4-7 pm EDT, then I watched the landing on a B/W TV with (eventually) one regular customer, one waitress, and one cook. You literally could have taken a nap between 9 pm and approx 11 pm in the middle of that street (MD201) and had no risk of being run over.