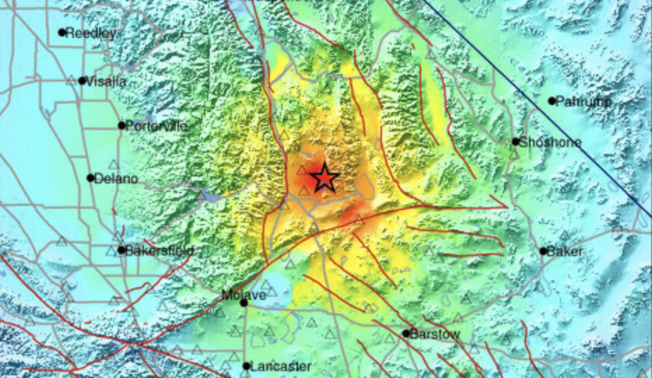 When the Northridge earthquake devastated that part of Southern California 25 years ago, I worked for a company headquartered in the area.

Lucky for me, I was in the firm's government relations office in Washington, D.C., when the deadly 6.7 magnitude quake hit the early morning of Jan 17, 1994. Many of my California-based coworkers, however, sustained property damages.

Some of those folks still live in Southern California. So do some of my relatives.

Dangerous quake duo: This week, they felt the long-distance effects of the two major temblors centered in Ridgecrest, 150 miles northeast of L.A.

They understandably are freaking out a bit.

This week's original quake, a 6.4 one on Thursday, July 4, now is considered by the U.S. Geological Survey (USGS) to be a foreshock to the 7.1 earthquake in the Ridgecrest area on Friday night, July 5.

In addition to rattling Los Angeles, the 7.1 quake, which seismologists say was 11 times stronger than the one the day before, also was felt in Las Vegas and northern Mexico.

Aftershocks have been continuing, with the USGS warning that there's a 5 percent chance a larger quake could still follow.

Watching this YouTube make-up tutorial being interrupted by an earthquake has made me wonder whether operating theatres have seismic sensors. pic.twitter.com/Tg9Ygzmu1i

Preparing for an earthquake: Since it's been more than two decades since Southern Californians have had to deal with a major earthquake, many folks might not be up to date on what they should do before and after a quake.

So this weekend's Saturday Shout Out goes to the Department of Homeland Security's (DHS) earthquake preparation website.

In addition to creating a go bag and family communication plan to help get your through any natural disaster, the DHS site notes that earthquake prep entails some actions specific to this particular potential catastrophe.

Take special note of the Associate Content links at the bottom of the DHS Web page, like the Federal Emergency Management Agency (FEMA) fact sheet excerpted below. 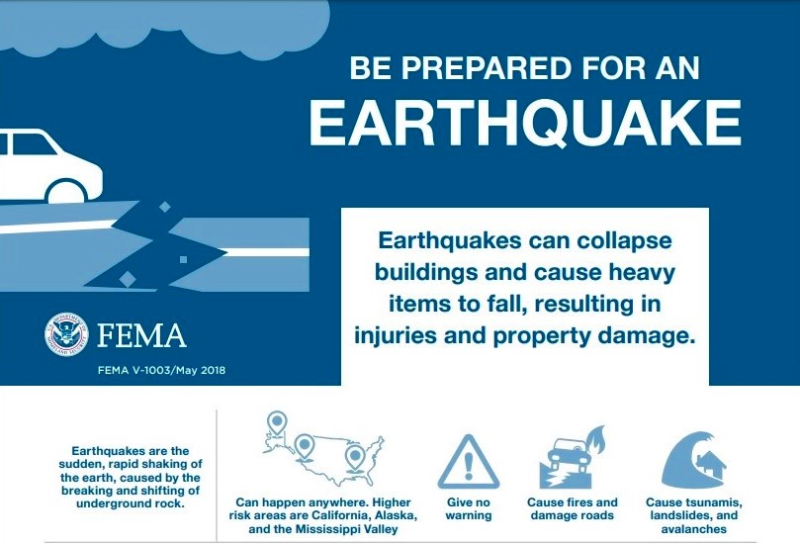 And while in the United States, California and the West Coast experience the most earthquakes, emergency officials remind us that they can happen anywhere.

So everyone could benefit from reading up on how to prepare for and cope after an earthquake.

The make thing for all is to stay safe!