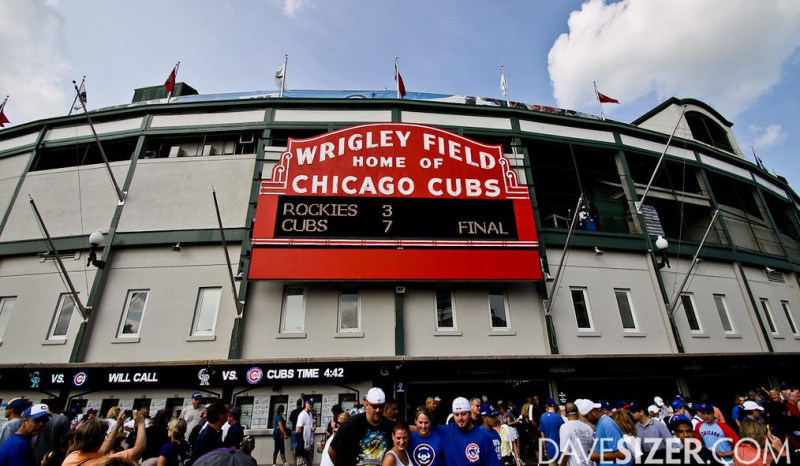 The one and only Major League Baseball trade deadline is almost here. It's 3 p.m. July 31, in case you're waiting for your team to get that one player who'll help win a pennant or more.

Most owners are focusing on how much money they're willing to spend to get that key player (or players).

Todd Ricketts, however, has another money matter on his mind.

The co-owner of the Chicago Cubs, who are duking it out with the St. Louis Cardinals for the National League Central title, suddenly owes more real estate taxes.

Almost a decade's worth of unpaid tax is due on the previously undervalued Wilmette, Illinois, home, according to an investigation by the Chicago Tribune.

Apparently, according to the Windy City newspaper's review of Cook County records, Ricketts and his wife Sylvie Légère had for several years received property tax bills based on the value of a smaller home they had owned on the site of their current residence.

The couple demolished the original residence in 2007 and built their new, larger house in its place. That new home was ready for occupancy in 2010.

As any homeowner knows, those assessments are critical. Real estate taxes generally are calculated based on a property's assessed value.

With the house's valuation based on the old structure's data, that meant that for almost a decade the couple has received incorrect, and substantially lower, property tax bills.

New bill on corrected property value coming: Property values and local tax rates can fluctuate, but Cook County Treasurer records reportedly show that in 2018 the property tax bill on the Ricketts/Légère structure that had been taken down in 2007 was $22,819.

A spokesperson for the Cook County Tax Assessor office told the Tribune that the correct Ricketts' property tax bill will be determined "in the coming months."

"If Ricketts' house were assessed more in line with the value of his next-door neighbor's — a conservative estimate — Ricketts would have paid at least $8,000 more in property taxes this year," wrote Dardick.

As for the full, final and corrected tax bill that Ricketts/Légère might owe due to the county under valuing their home for nine years, Dardick added that "it's difficult to hit the total button due to changes in assessments and tax rates over the years."

Repayment, re-assessment of process: Still, there's no question the baseball executive has gotten quite a deal for almost a decade.

That's a point that Michael Cabonargi, a Democratic Board of Review commissioner, took note of in his remarks to the newspaper.

"By not paying his fair share, Mr. Ricketts shifted his property taxes to other homeowners," said Cabonargi, adding said Ricketts should repay "the property tax relief it now appears he was not entitled to."

There's also the matter of how the Ricketts' property upgrade was overlooked.

"It's very indicative of a widespread problem, and unless the county gives the assessor's office the resources (needed to hire more inspectors), we'll never get it right," Andrea Raila, a Chicago area property tax consultant, told the Chicago Tribune. "It is such an uphill battle, because it has been neglected for so long."

Rich and already getting tax breaks: Regardless of the eventual new property tax bill Ricketts, who's also finance chairman for both the Republican National Committee and the Trump Victory Committee, should have no problem paying it.

The billionaire Ricketts family received an $8.5 million county historic renovation property tax break for its rehabilitation of Wrigley Field, the Cub's beloved home. That project also is eligible for more than $100 million in federal tax credits.