Tax extenders getting some attention, but it may not be enough for renewal 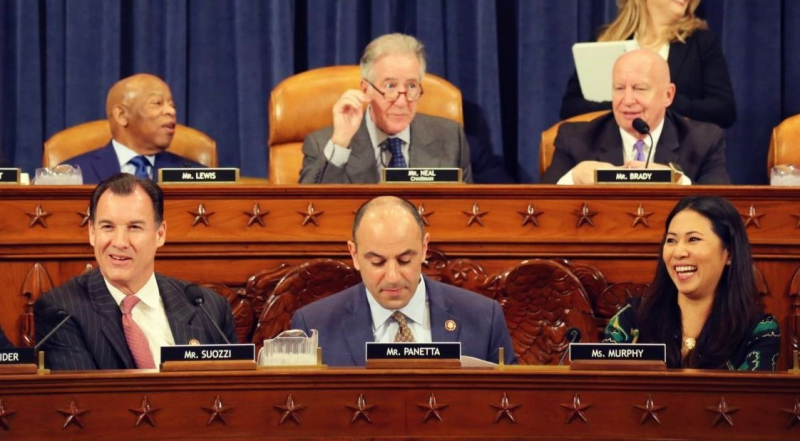 Is it finally the end for extenders?

Yes, no or maybe, depending on who you ask.

Many members of Congress on both sides of the aisle say enough is enough with the perpetually renewed technically temporary tax breaks known as extenders. They are getting support from a diverse collection of public policy, tax and advocacy groups who say it's past time to do away with extenders.

Some House action: But Ways and Means Chairman Richard Neal (D-Massachusetts) this week floated an extenders package that would renew some of the expired or expiring tax breaks through 2020. Word is it could get tax committee review next week.

In addition to renewing the extenders, Neal's proposal also reportedly includes a 1 percentage point increase in the corporate tax rate and tweaking the estate, both of which were reduced in the GOP's Tax Cuts and Jobs Act (TCJA), to help pay for programs that have wide Democratic support, most notably an expansion of the Earned Income Tax Credit (EITC).

It's no surprise that suggested changes to the Republican's 2017 landmark tax reform bill is not sitting well with that party's leaders.

Of course, Neal's plans to alter key TCJA provisions could just be an opening gambit to get the extenders talk moving.

Tax reform's effect on extenders: Speaking of the TCJA, some of its changes, the most drastic since the historic Tax Reform Act of 1986, have dramatically reduced the value of some extenders.

Home buyers who make a down payment of less than 20 percent when getting a mortgage usually are required by their lenders to purchase PMI. It protects the lender in case the buyer defaults on the loan.

PMI premiums paid by the homeowner had been allowed as an added mortgage interest deduction since 2006, when the tax break was added as short-term relief in the Tax Relief and Health Care Act of 2006. The PMI deduction primarily benefited low and moderate-income borrowers and was extended six times before it expired at the end of 2017.

The loss of the deduction, however, now is not really a problem for many mortgage payers. The TCJA doubled the standard deduction, meaning fewer homeowners are itemizing their taxes.

Senate still pro-extenders: While the PMI write-off and other extenders with reduced or limited tax value could easily be erased, the Senate still favors a broad renewal effort.

In February, Senate Finance Committee Chairman Chuck Grassley (R-Iowa) and Ranking Member Ron Wyden (D-Oregon) introduced bipartisan legislation to restore the tax provisions that expired at the end of 2017 and 2018 through the balance of this year and provide disaster tax relief benefits to individuals and businesses affected by major disasters occurring in 2018.

The pair followed up that effort last month by creating bipartisan task forces to examine 42 temporary tax provisions that expired, or will expire, between Dec. 31, 2017 and the end of this year.

The working groups are looking at possible solutions that would provide long-term tax certainty in the following areas:

A separate task force will examine whether there is a core package of tax relief provisions that should be available when natural disasters strike.

Senators also want to hear from stakeholders in the designated areas.

"It's past time for Congress to end its bad habit of waiting until the last minute to extend temporary tax policy. This type of tax policy is meant to encourage long-term growth and investment. By definition, that must be done deliberately and ahead of time to be successful. I encourage stakeholders to view this as an opportunity to come to the table and work with us to find long-term solutions," said Grassley.

"Extending tax incentives for a year or two at a time is no way to craft public policy. The Finance Committee's task forces are working to develop permanent solutions to these vexing tax issues," added Wyden.

You can download the Joint Committee on Taxation's report (as PDF) that details the extenders being examined by the task forces.

Bumpy road remains: There are a couple of problems with the Senate's effort.

First, the U.S. Constitution requires all tax legislation originate in the House. Of course, there are ways to work around this, but the Finance Committee's work will have to be accepted by the Ways and Means to proceed.

Second, legislative time is running short. The number of days that Congress plans to be in session are rapidly dwindling.

When push comes to shove on Capitol Hill, the extenders could be punted so that lawmakers can focus on other more pressing matters.

This includes raising the national debt limit by late October or early November and funding the federal government by the end of September — with Donald J. Trump's long-demanded wall money? — to avoid another costly, both politically and fiscally, government shutdown.

Can extenders be worked into this schedule?