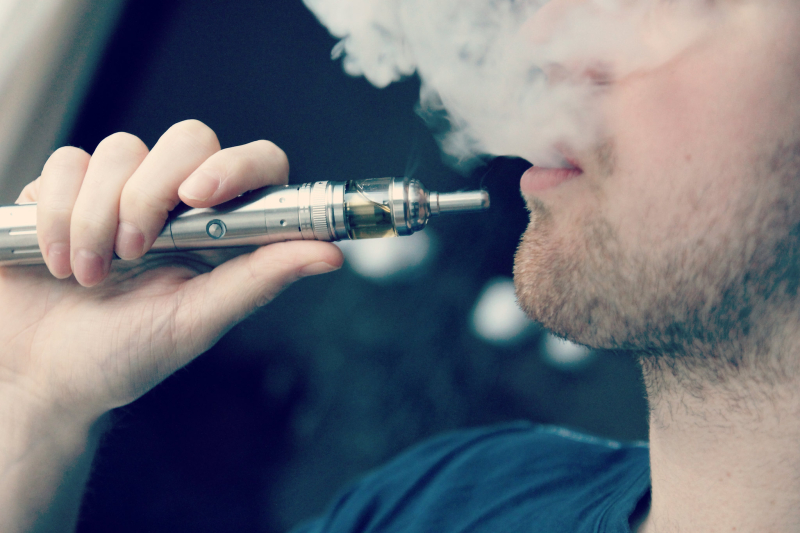 The city's Board of Supervisors voted unanimously on June 25 to outlaw the sale, distribution and manufacturing of vaping products.

The ban is scheduled to go into effect Jan. 1 2020. It will last at least until the federal Food and Drug Administration reviews the safety of e-cigarettes. That, according to some estimates, could take another three years.

The six-month delay is designed to give retailers time to remove the product, which is increasingly popular with younger people, from their shelves.

Once the law takes effect, sellers who violate it would be subject to fines and other penalties, including jail time.

Big vape fighting back: It might be even longer before the e-cigarettes are gone from the City by the Bay.

Juul, the most popular vaping product in the United States, is leading an effort for a ballot initiative , a practice that's become an art form in California, that would keep e-cigarettes available in San Francisco, where most of its employees are based.

Golden State's oversight history: California has long led regulatory efforts to deal with environmental and health matters, so the San Francisco move is not that surprising.

In fact, technically San Francisco is the second Golden State city to ban vaping. Beverly Hills actually passed such a law earlier this year, but it won't take effect until 2021.

New sin taxes: Other jurisdictions, including California itself, are following the sin tax route.

Instead of banning practices deemed unhealthy or, in the case of vaping, where the relative harmful effects still are being debated, these cities and states want to tax them.

The Tax Foundation says that since the start of this year, several states have enacted new vaping taxes, although they have not necessarily gone into effect.

Three states have instituted taxes on open system and closed system vapor liquid, according to the Washington, D.C.-based tax policy nonprofit. They are Connecticut, New Mexico and New York.

In addition to showing were vaping taxes were in place when 2019 began, the map provides a quick look at how much those levies will add to your newfangled nicotine habit. 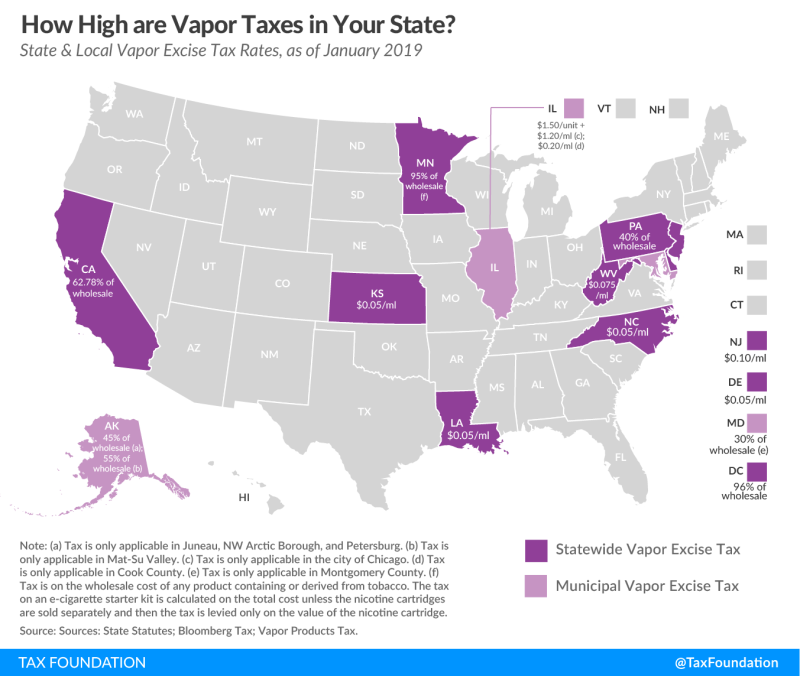 Delaware, Kansas, Louisiana and North Carolina all share the lowest per milliliter rate ($0.05).

Do you smoke traditional cigarettes or have you joined the vaping crowd? Would higher e-cig taxes affect your decision to keep puffing?