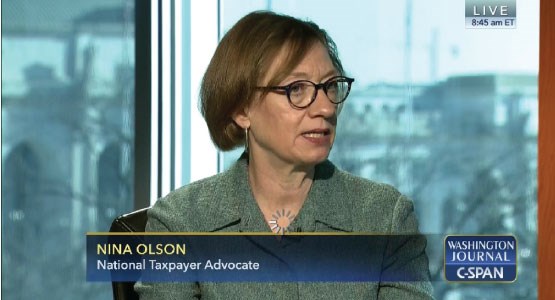 Nina E. Olson is nothing if not consistent.

The problem for taxpayers with this trait is that it means much of the change to and improvement of the Internal Revenue Service that Olson has championed for almost two decades remains unfinished.

Olson is the National Taxpayer Advocate (NTA), at least for another few weeks. She was appointed to the IRS oversight post in January 2001. On June 20, she issued her final NTA report to Congress before she steps down from her tax agency watchdog role on July 31.

During Olson's tenure as NTA, she's constantly lamented the service U.S. taxpayers receive — or rather, don't get — from the IRS.

She explains in her introduction to this year's report:

As I have highlighted in my 37 Reports to Congress and more than 60 congressional hearings, the bifurcation of service and enforcement in tax administration is an artificial distinction. It sounds plausible on its surface, but it leads to misguided strategies and produces poor results. Taxpayer service must be embedded in every aspect of IRS activity, including compliance contacts.

Yet today, IRS taxpayer service is woefully inadequate. During the recent filing season, IRS telephone assistors answered just 25 percent of taxpayer calls enterprise-wide and hold times averaged 13 minutes. For taxpayers calling on the balance due line, telephone assistors answered just 24 percent of calls and hold times averaged 49 minutes. The IRS's performance on the balance due line is particularly concerning because this is the line taxpayers call to make payment arrangements when they can't pay their tax liabilities in full. IRS audit notices are often unclear, leading some taxpayers to "agree" to assessments by default — even where they don't owe the tax. And the IRS doesn't screen for ability to pay before it takes collection actions, thereby causing or worsening financial hardships for financially vulnerable taxpayers. Advocating for taxpayers affected by problems like these, both individually and collectively, has been and will continue to be the work of TAS [Taxpayer Advocate Service].

Many IRS observations: Olson's report offers a weekend's worth of reading. In addition to the full report, which is available in 25 separate PDF files (appendices included), her office also makes available a variety of other material.

Notably, there's the Taxpayers Advocate Service's (TAS) special website dedicated to the report. There you can find a review of 2019 tax filing season, as well as selected areas of focus, such as TAS' work on an electronic road map of the tax system and the taxpayer-centered office's research initiatives.

And before Olson packs up her Washington, D.C., office, she'll issue next month the aforementioned tax road map, as well as a report on improving administration of the Earned Income Tax Credit (EITC) and her always simultaneously fun to read and frustrating annual list of the most serious tax problems.

Key IRS improvement areas: As for the now-available first volume released last week by Olson, feel free to peruse it at your leisure.

To whet your tax reading appetite, here are three key takeaways from the report.

Compounding that problem, she says that the IRS is not taking adequate steps to address its service shortcomings.

2. Electronic self-help is not for all. While many Americans are comfortable with the internet and electronic self-help options in most aspects of their lives, including their taxes, some taxpayers still prefer personal contact by phone or in person when it comes to solving tax issues.

The IRS, like most sectors in both private industry and government, has been steadily shifting to e-help. Olson, however, urges the IRS to use current taxpayer data to determine where in its customer service process personal contact is most needed and to continue to provide that one-on-one touch in those circumstances. 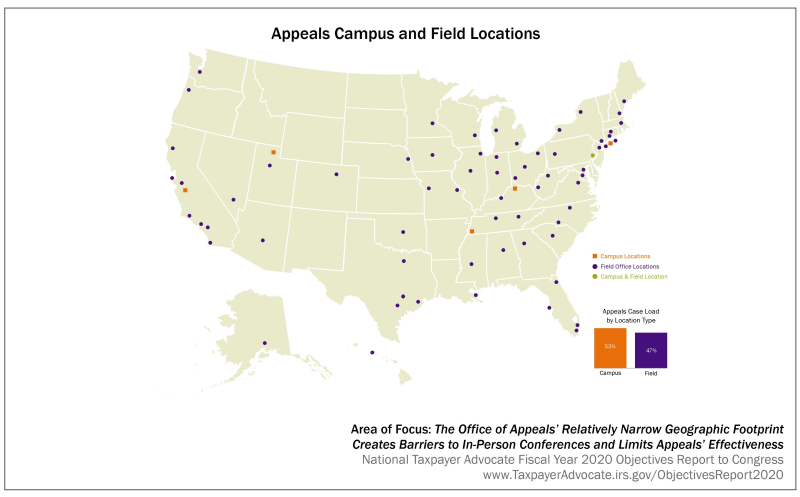 However, the IRS generally does not assess whether there is economic hardship unless and until the taxpayer asks it to do so. As a result, taxpayers entered into about 2.1 million installment agreements in fiscal year 2018, with about 40 percent of those taxpayers having incomes at or below their allowable living expenses.

Olson recommends that the IRS create an algorithm based on its internal data, e.g., tax returns, W-2 forms and 1099s, to identify taxpayers at risk of economic hardship. When such identified taxpayers seek online payment arrangements, the IRS then should use the data to trigger a pop-up screen noting the possibility of economic hardship and providing information about collection alternatives.

Taxpayer trust of IRS near rock bottom: The ultimate goal of the IRS, notes Olson in her NTA blog post about her final report, is to improve its interactions with taxpayers so that they are confident in and trust that the IRS is treating them fairly and justly.

"Throughout this report, we identify instances where IRS processes have fallen short in keeping faith with the taxpayer," she writes.

Both the American Customer Satisfaction Index (ACSI) and the Forrester U.S. Federal CX Index rank the IRS in the bottom tier of federal agencies.

Funding hurdles lowered: Finally, Olson again points to another issue that she's cited regularly in her tenure as NTA.

"There is no doubt that budget constraints have limited the IRS's taxpayer service capacity," says Olson.

That trend is changing somewhat under the current administration. Or not.

Make better use of limited funds: Olson, however, refuses to accept money as the main reason for the customer service issues or the sole solution to them.

"Budget constraints can't be used as an all-purpose excuse for mediocrity," writes Olson, who also chides the IRS for its use of its limited funds.

She urges the IRS to use the Taxpayer First Act, the major IRS overhaul bill that is awaiting presidential signature to become law, directive to develop a comprehensive customer service strategy as an opportunity to think creatively about better ways to truly put taxpayers first.

"At present, there is an enormous gap between the 'very poor' customer service the agency provides and the 'world-class' customer service to which it aspires," says Olson. "The IRS must think long and hard about ways to bridge that gap — and TAS and the next National Taxpayer Advocate should be intimately involved in that effort."