Beating the heat, if not taxes, with cooling cocktails 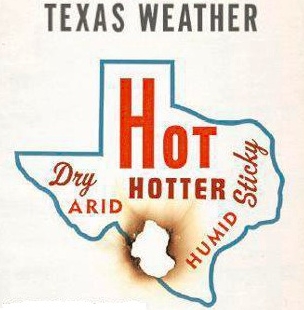 The summer solstice has finally caught up with Texas temperatures.

The first day of the sunniest season arrived today at 10:54 a.m. Central Time. By then, here in Austin we already were at nearly 90 degrees. It wasn't much of a climb for the thermometer, since our overnight temps for the last week or so have been hovering in the 80s.

By the time we get to mid-afternoon, it will feel like triple-digit heat for the third straight day.

That's why so many of us are thinking of heading to the Texas Gulf Coast, or as we called it when I was a kid in desert West Texas, the ocean. It still will be hot there, but at least we can kick off our flip-flops and splash around on the beach. 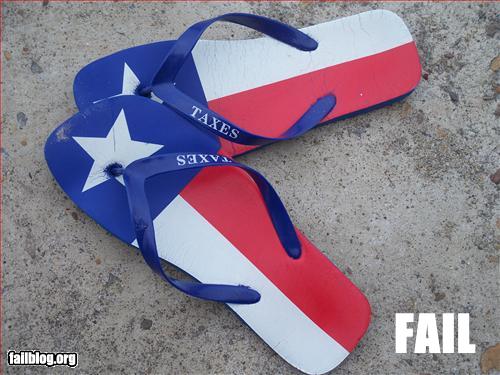 The tax price of booze: Or we could stay in our air-conditioned homes and enjoy some tropical libations.

Here in Texas, beer is always a safe bet. But if you prefer some fancier potent potables, the Lone Star State's unofficial state cocktail is the margarita.

That, of course, calls for tequila. Lucky for us Texans, there are plenty of local and imported options.

Also lucky for us libation favoring Lone Star Staters, we have a relatively low excise tax rate on distilled spirits.

The Tax Foundation created the distilled spirits tax map below to give us an overview of where you'll pay more, thanks to state taxes, for your mixed drinks. 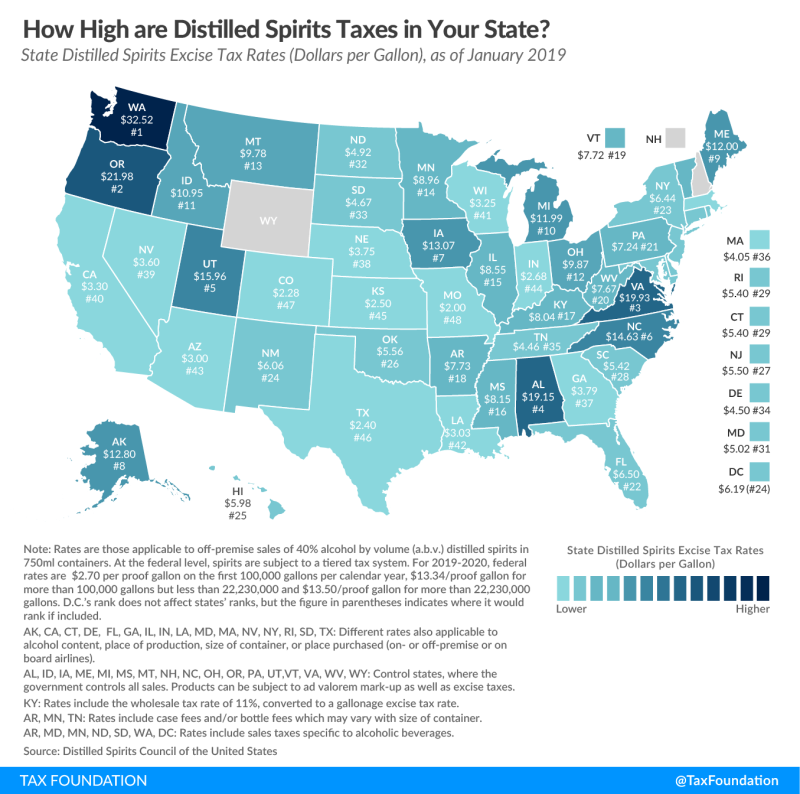 Lowest liquor taxes: There's good news for imbibers on either side of the United States. Wyoming and New Hampshire are the places to be if you want cheaper cocktails.

"These two control states gain revenue directly from alcohol sales through government-run stores and have set prices low enough that they are comparable to buying spirits without taxes," reports the Washington, D.C.-based tax policy group.

So my fellow Texans, pick up a bottle of tequila with its relatively low tax rate, find your shaker of salt and, if you're a frozen 'rita aficionado, crack the ice and crank up the blender!

Pricier potent potables: So where will you pay more for your mixed drinks' main ingredient?

Washington State leads the country with an excise tax rate on distilled spirits of $32.52 per gallon, says the Tax Foundation. At least that Pacific Northwest state has legal recreational marijuana, but you won't get off the tax hook there. Pot is also taxed at a 37 percent sales tax rate.

The Evergreen State's high alcohol tax rate is followed by neighboring Oregon, with its $21.98 per gallon rate. Like Washington, your choice of mood alterations in Oregon includes weed. And like Washington, the Beaver state also assesses a sales tax, although lower at 17 percent, on personal use marijuana purchases.

The top five list of states with the highest liquor taxes in the country is rounded out by Virginia at $19.93 per gallon, Alabama at $19.15 per gallon and Utah at $15.96 per gallon.

Personally, I'm more of a brewski fan, which pleases the Texas tax collector. My native state ranks higher nationally when it comes to beer taxes than it does in comparison to distilled spirits levies. 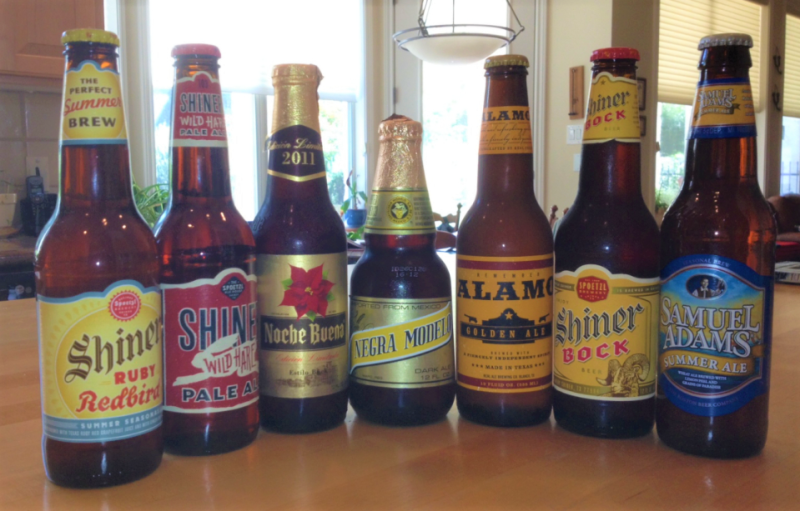 But it's a price I'm willing to pay, especially on the many hot Texas summer (and beyond!) days.

The amount of taxes subtracted from your income is dependent on how much money made, deductions, etc. Small Business Owners need to make proper planning to save money on taxes.
Thumbs up for the article