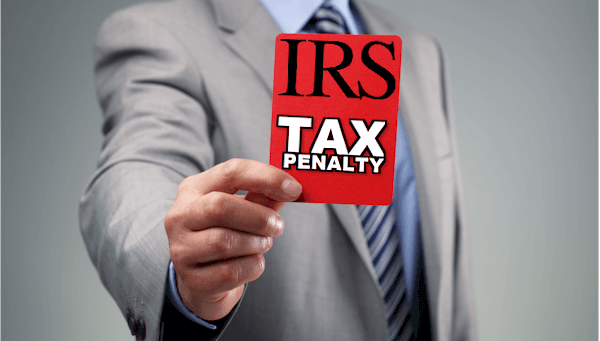 April 15 came and went without you. You didn't file your annual Form 1040. You didn't send in an extension request to get six more months to file your return either.

And you definitely didn't get around to sending the Internal Revenue Service the balance of the tax you owed on last year's income.

But if you don't want to have to fork over even more cash to Uncle Sam, then you better get to work on your 2018 tax return and get it to the IRS soon. June 14 soon.

After that date — which is the end of next week — you could owe an even higher late-filing penalty.

60 days of usual penalty procedures: Ordinarily, the IRS assesses a failure-to-file penalty when a taxpayer owes tax and neglects to file an annual tax return or request an extension by the April due date.

This penalty usually is 5 percent of the tax for the year that isn't paid by the original return due date.

This penalty is charged for each month or part of a month that a tax return — and due tax — is late.

But when a return is more than 60 days late, there's a minimum penalty. It's either $210 or 100 percent of the unpaid tax, whichever is less.

If this requirement minimum penalty is more than you owe, then you need to complete your taxes and get them to the IRS before the 60-day window closes on Friday, June 14.

Again, not judging, but I know personally that I don't want to pay the IRS a single penny more than I have to, either in tax owed or penalties.

If you're of the same mind, then you've got a week to avoid that excess payment possibility.

No-penalty possibilities: There are couple of ways you might be able to avoid the penalty for filing late.

One is when you don't owe any tax.

You still need to file a return, especially if you're getting a refund. I mean, really, what are you waiting for?!

But tax penalties are based on the amount of tax owed. When that's zero, then any percentage of zero is zero. Even I, who find doing math in my head impossible, can compute that without my calculator.

The late-filing penalty also, as noted earlier, doesn't apply to the more than 141 million taxpayers who have filed and the millions more who got six-month extensions …  as long as they complete their form filing by that Oct. 15 due date.

However, if you did file or requested an extension, but did not pay enough back in April to cover your full 2018 tax liability, then any balance you still owe is subject to a late-payment penalty, as well as interest charges.

In fact, the IRS already is preparing bills, with the added penalty and interest costs, of course, for those folks. Expect them to arrive this month.

But you can end the accrual of these added amounts by completing your return and paying any still due tax ASAP and definitely within the 60-day period before the higher late fee kicks in.

The filing deadline, for example, is June 17 for military personnel serving in combat zones, taxpayers living outside the United States and individuals residing in declared major disaster areas.

Taxpayers in a combat zone who cannot meet the June 17 due date may be able to get additional filing time. Details on how to calculate it are in IRS Publication 3, Armed Forces' Tax Guide.

U.S. taxpayers living abroad or service men and women posted to foreign military stations can file Form 4868 by June 17 to get four more months, until Oct. 15, to file their returns. As with the usual extension request, the IRS only grants more time to get the forms filled out, not more time to pay any due tax. That bill amount must be included with the extension form.

Natural disasters also provide in many cases extra time, as the IRS usually postpones tax deadlines for these taxpayers.

If you live in a designated disaster zone and get a late-filing or late-payment penalty notice from the IRS even though you filed and/or paid by the disaster-extended deadline, then call the telephone number on the notice to discuss the situation with the IRS.

Possible penalty relief: Taxpayers who have a history of filing and paying on time also might qualify for abatement of their late filing and payment penalties.

A taxpayer usually qualifies for this relief if they haven't been assessed penalties for the past three years and they meet other requirements. You can find more on penalty relief at IRS.gov's first-time penalty abatement web page.

Even if a taxpayer does not qualify for this special relief, they may still be able to have penalties reduced or eliminated if their failure to file or pay on time was due to reasonable cause and not willful neglect.

Read the penalty notice you received and follow its instructions to request this relief. You also can get for more information at the IRS' online penalty relief page.

Special 2018 tax year relief: Due to confusion about the changes under the Tax Cuts and Jobs Act, enacted in late 2017, the IRS also expanded penalty relief for taxpayers who didn't pay enough taxes via payroll withholding and/or estimated tax payments.

For the 2018 tax year only, the penalty generally will be waived for any taxpayer who paid at least 80 percent of total tax liability — it's generally 90 percent — during the year, again via withholding, quarterly estimated tax payments or a combination of the two.

Note, too, that when penalties are assessed, interest also added to the delinquent taxpayer's bill. While the IRS has discretion when it comes to penalties, interest cannot be abated. Interest only stops accruing when an overdue tax amount is paid in full.

So finish your 1040 and pay what you owe as soon as you can. That's the only way to stop the running of the IRS money meter.

And definitely do so by June 14 to avoid even steeper charges.