IRS taxpayer phone service, and agency reports on its effectiveness, fall short, according to watchdog report

The IRS reform bill could not have come at a better time, based on a recent report from the federal tax agency oversight office.

The Treasury Inspector General for Tax Administration (TIGTA) found that the IRS gave its taxpayer telephone assistance program better grades than it deserved.

Telephone assistance is one of the agency's crucial customer services, but the methods the IRS uses to evaluate its telephone help do not reflect overall call demand or performance by IRS telephone representatives.

Under the Taxpayer First Act, the first major IRS reform measure in more than two decades, the IRS must upgrade its customer service strategy, using in part best services practices other organizations employ.

Part of that process, no doubt, will be improving its phone contacts.

That's a good move, since TIGTA found that the level of IRS phone service to taxpayers is not being properly evaluated.

The IRS, according to the tax agency watchdog's report issued June 12, does not account for total taxpayer demand, the cost of providing telephone service, the time it takes taxpayers to talk to an assistor or the level of resources the IRS is able to devote to telephone service.

For Fiscal Year 2018, for example, the IRS had 110 toll-free telephone lines but calculated the level of service based on only Accounts Management's 30 telephone lines, which account for 27 percent of the calls.

One of the lines whose calls were not counted, noted the report, dealt with inquiries via the Taxpayer Protection Program (TPP). It fielded 3.8 million calls in 2018. The TPP calls were excluded from IRS level-of-service metrics because they are considered compliance calls, even though 1.9 million of them were answered by customer service representatives.

TIGTA's data analysis projects that 222 of the 3,079 tax law calls and 228 of the 5,303 tax account calls may not have been accurately evaluated for customer accuracy.

In addition to the customer accuracy errors, TIGTA says in 30 percent of the tax account calls it evaluated, IRS customer service representatives (CSRs) did not always verify that the inquiring taxpayers understood the information they have been given during the conversation. 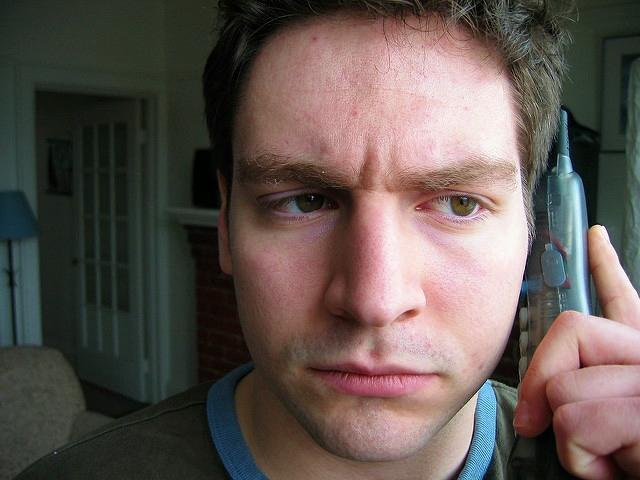 The reps also did not consistently ask the taxpayers if all their questions were answered at the end of the call.

"By requiring verification of the taxpayer's comprehension, the CSR ensures that the taxpayer's questions are resolved the first time and alleviates the need for the taxpayer to call the IRS again to ask additional questions," according to TIGTA.

Caller verification that they got the information they need has been a requirement in CSR procedures since October 2006, notes TIGTA. However, the reports says that in doing the investigation, it found that the IRS changed its procedures to no longer require its phone reps to do so.

Insufficient phone progress: The investigation also noted that the IRS has not made sufficient progress to offer taxpayers the same telephone service that they receive from other organizations.

For example, notes TIGTA, the IRS currently does not offer taxpayers a customer callback service.

Finally, TIGTA found that in some instances IRS management does not clearly disclose in Congressional testimony or reports to its external stakeholders that the assessment of its phone service only includes a limited number of telephone lines.

IRS reform and funding could help: While the TIGTA report came out after the House and Senate passage of the Taxpayer First Act, which is awaiting presidential signature to become law, the agency's phone help hotlines have long been a focal point for complaints, both from individual taxpayers and tax professionals.

The oversight study recommended that the IRS:

IRS management agreed with all of TIGTA's recommendations. However, the oversight agency says the IRS' planned corrective actions will not address all the deficiencies cited in the report.

"Additional actions are needed to ensure that calls are properly reviewed, errors are accurately reported and taxpayer’s questions are resolved the first time," says TIGTA.

We'll see how far Congress will go in loosening purse strings so that the Taxpayer First Act's new requirements and TIGTA recommendations can go forward, both in addressing IRS taxpayer phone service and other agency issues.