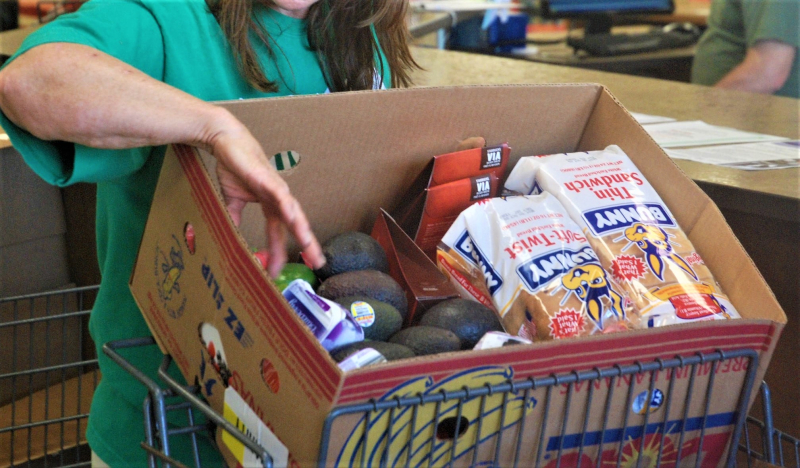 All of us here in Texas, especially lovers of Mexican beers and avocados, are breathing a bit easier now that the threatened tariffs on our Southern neighbor are, for now, off the table.

The Chinese trade situation, however, is still simmering.

As that standoff continues, American shoppers are paying higher prices for many consumer goods. That's because tariffs essentially are taxes.

The higher prices we're already seeing due to the Chinese charges could go up even more if the self-proclaimed Tariff Man holds firm in his belief that his approach is the way to deal with foreign suppliers.

But, as the old saying goes, it's an ill wind that blows no good.

Farmers, food bank bailout: "Food banks have been the beneficiaries of a U.S. Department of Agriculture (USDA) program crafted last year and recently extended to support farmers affected by China’s retaliatory tariffs," writes April Simpson in a recent article for Stateline, an initiative of The Pew Charitable Trusts.

Part of the farmer bailout, notes Simpson, is a $1.4 billion program to buy surplus commodities affected by the trade tariffs and distribute them to food banks, schools and other outlets that serve low-income people.

Among the products being purchased as part of the Food Purchase and Distribution Program are beef, grapes, lentils, oranges, pistachios, pork, strawberries and tomatoes.

Stateline reports that, per USDA information as of May 20, $8.54 billion has been paid to farmers and the food purchase/distribution program had bought $703 million of commodities. The program is expected to continue through January 2020.

Not a long-term trade-off: The farmers, of course, would rather be selling their products on the open market, but the program that also benefits food banks is a help.

"This does tend to be a direct benefit for farmers in that it raises prices for their goods and it can dull the shock and the pain from the tariffs that are out there,” David Just, behavioral economist at the SC Johnson College of Business at Cornell University, told Stateline.

As for the food banks, they generally are happy to have the additional items, even if it means making adjustments to deal with a larger than normal supply of fresh and perishable food items.

Private donations still needed, still tax-deductible: The current boost to food bank supplies, however, doesn't mean you should strike the programs for the hungry from your charitable giving list.

Perhaps, though, consider giving cash instead of donating goods.

With the added food, many food distributions operations have had to add equipment and storage space to accommodate the added perishables.

Plus, there's the general upkeep and operational costs food banks and similar philanthropic programs face even without the additional food donations.

Extra cash can help them better deal with the new food supplies.

Also, these groups tend to get a lot of gifts at year's end. You can help with their year-round cash flow by making a gift now.

And remember that if you still itemize, the Tax Cuts and Jobs Act retained the tax benefit of deductions for charitable donations.

You can use Feeding America's online search tool to find your nearest local food bank.

If there isn't a food bank in your area, you can give directly to Feeding America or one of the many other nonprofits that focus on alleviating hunger. You can find suggested hunger-focused charities in these stories:

Regardless of how you donate or to which group, make sure the charity meets your gift's goals and is approved by the Internal Revenue Service.

Even if you're not going to deduct your donation on your taxes, having that IRS nonprofit imprimatur is an indicator that the organization does what it purports and follows all the rules, tax and otherwise.