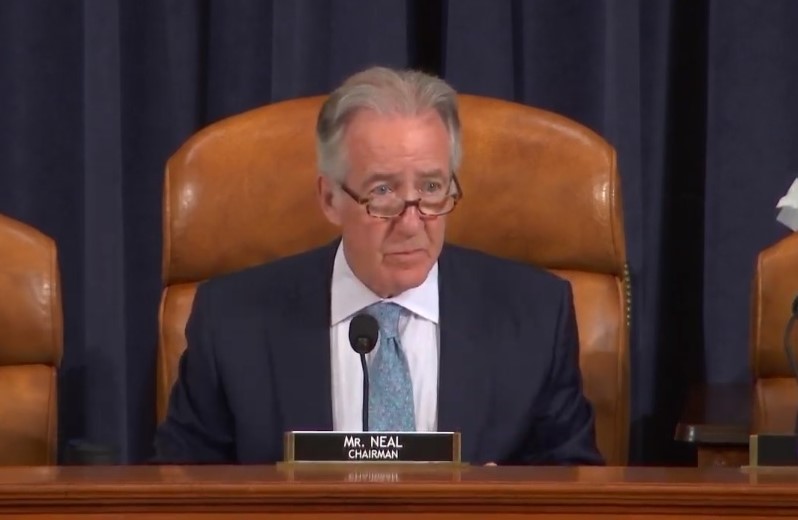 UPDATE, June 21, 2019: After almost more than 11 hours of discussion, the House Ways and Means Committee on Thursday, June 20, passed along a 25-to-17 party-line vote a measure to extend through 2020 a variety of tax breaks that expired in 2017 and 2018 or will expire at the end of this year. The bill also provides tax relief for those who affected by certain major natural disasters.

The House tax-writing panel also OK'ed in a separate 22-to-19 vote a bill to expand three tax credits that benefit workers and families through 2019 and 2020. They were part of the committee chairman's Economic Mobility Act of 2019, discussed in my earlier post on the House tax extenders legislation.

The bills should easily clear the Democratically-controlled House. However, it's unlikely the extender measure in particular will make it through the Senate without a fight or unchanged. But it's finally a starting point to reviving expired tax measures that, over the years, have been routinely renewed by Congress.

A $19.1 billion disaster aid bill finally became law on June 6. The money, which provides emergency funds to areas ravaged from 2017-2019 by wildfires, hurricanes, floods and tornadoes, had been held up for weeks

That measure, however, did not include any tax provisions.

A new House Ways and Means bill aims to remedy that.

The Taxpayer Certainty and Disaster Tax Relief Act of 2019 is being marked-up by the full House tax-writing committee today. A large portion of the bill, introduced by Rep. Mike Thompson (D-California), covers expired tax laws known as extenders.

New disaster tax provisions: Part of the bill, as the name notes, also provides tax-related disaster relief for those affected by natural catastrophes that occurred between Jan. 1, 2018 through 30 days following date of enactment of the bill.

This would take care of those who sustained damages from Hurricane Florence, flooding in Nebraska, California wildfires, volcanic eruptions in Hawaii and more, noted Thompson in a statement accompanying introduction of the bill.

"The survivors of these 2018 and 2019 disasters that occur before date of enactment will not have to beg the Congress for the tax relief that they deserve," added Thompson.

In Title III of the bill, the disaster relief section, House tax writers propose that:

Change to disaster loss claims: In addition, the House bill would revise who and how individuals who sustain disaster losses could claim them on their tax returns. 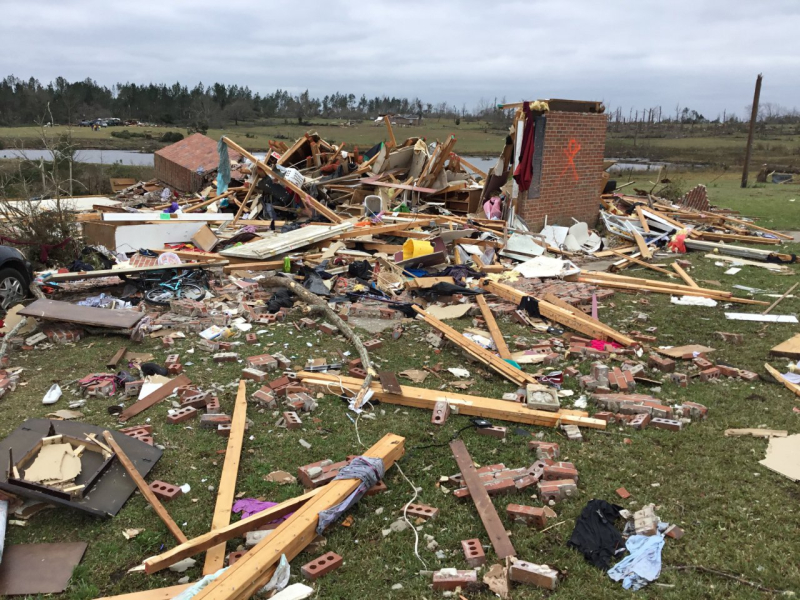 Destruction wrought by a March 3 tornado in Alabama. (Photo by National Weather Service in Birmingham via Twitter)

Under the Tax Cuts and Jobs Act (TCJA), disaster losses are deductible only if they are a result of a disaster declared by the president.

Prior rules still apply, including that the losses exceed $100 per casualty. In addition, aggregate net losses are deductible only to the extent they exceed 10 percent of the individual taxpayer’s adjusted gross income (AGI).

The House bill would allow disaster losses to be deducted regardless of whether aggregate net losses exceed 10 percent of a taxpayer's AGI.

The losses, however, would have to exceed $500 per casualty.

Such losses could be claimed in addition to the standard deduction and may be claimed by taxpayers subject to the alternative minimum tax.

Reconciling with the Senate: These House Ways and Means-proposed disaster tax relief changes essentially are the same as ones included in the Senate Finance Committee extenders bill, S. 617.

That bill, titled the Tax Extender and Disaster Relief Act of 2019, was introduced in the Upper Chamber on Feb. 28 by Finance Chairman Sen. Charles Grassley (R-Iowa) and the ranking member Sen. Ron Wyden (D-Oregon).

While the similar disaster provisions make that section of the Democratic-written House bill more likely to be accepted by the GOP-controlled Senate, other provisions in the House extenders measure could be more problematic.

In addition to making changes to some Tax Cuts and Jobs Act laws, which are the Republicans' signature tax reform bill, there's also the cost factor.

The Joint Committee on Taxation estimates that the bill on extenders and disaster relief would cost about $5 billion over 10 years.