James Holzhauer's epic winning run on Jeopardy finally came to an end, leaving him with winnings of almost $2.5 million. The take fell just short of the television game show's record winnings, but neither Holzhauer nor the tax collectors who'll get a nice chunk of the cash are complaining. 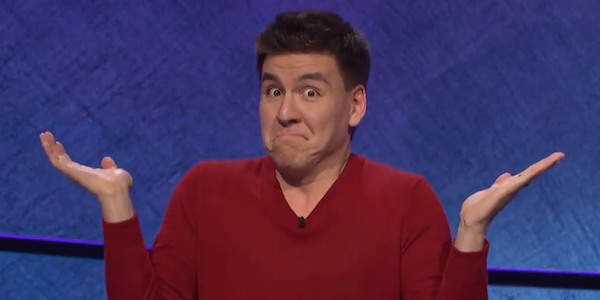 It's been a good week for gamblers. For tax collectors, too.

A 66-year-old North Carolina retiree came forward to claim the $344.6 million Powerball drawing, which he won thanks to numbers from a fortune cookie.

A yet-to-be-announced lottery player in San Diego, California, holds the lone winning Mega Millions ticket whose numbers were drawn Friday, June 7. That jackpot was worth $530 million.

James Holzhauer, a professional gambler from Nevada, captured the TV-viewing public's fascination and pocketed almost $2.5 million in 33 appearances on Jeopardy before finally ending his game show run by losing to a librarian.

And Uncle Sam, and some states, too, gets a cut of all the winnings.

Federal taxes taken out: OK, the federal government isn't really a gambler. But it does take its chances that American earners, and jackpot winners, will report all their lucky income to the Internal Revenue Service.

When the winnings are huge and well publicized like national lotteries and television game and reality shows, it's not a problem for the U.S. Treasury to get its cut. It's hard to hide taxable income, which all prize winnings and gambling income is, from the tax man when the whole world is watching.

That's why the IRS, along with a couple of state tax offices, are likely in such good moods right now.

On the federal tax level, Holzhauer's and the lottery ticket holders' winnings are considered ordinary income. That means the money will be taxed up to the 37 percent top income tax rate.

State tax matters, too: North Carolina's tax collector also will get his cut. For the 2019 tax year, the top individual income tax rate in the Tar Heel State is 5.25 percent.

California is a split winner.

The Golden State does not tax lottery winnings, so it won't get any part of the latest Mega Millionaire's money.

But it will get its portion of Holzhauer's money and it's a hefty cut.

California has the dubious distinction of having the nation's highest tax rate at 13.3 percent. That includes the Golden State's 1 percent surtax on millionaires.

Nevada vs. California: Wait, you say. Isn't Holzhauer a resident of Nevada, one of the seven states* that doesn't have any personal income tax? (*To save you some Google time, they are Alaska, Florida, Nevada, South Dakota, Texas, Washington and Wyoming.)

Yes, yes he is. But the game show was filmed in California, which means he must pay taxes in that state, according to Darren Rovell in his article for the sports and betting website The Action Network.

Jeopardy contestants usually must wait four months after their last episode to get a lump sum payment, but Holzhauer told The Action Network last week that the game show had already cut him his big check so that publicity pictures could be taken. The applicable taxes, Holzhauer said, were withheld from his payment.

That's a 47.6 percent tax haircut. It's also this week's By the Numbers figure.