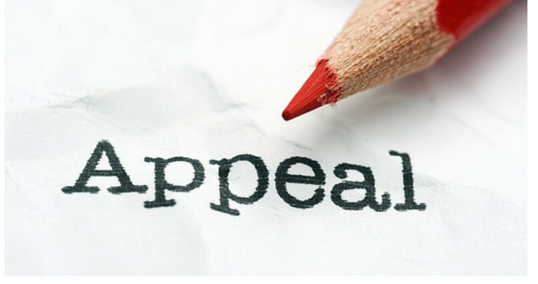 Things that are never good: an unexpected envelope from the Internal Revenue Service.

That's the assessment of one of my personal finance writer pals. Today, she's working to clear things up in connection with one of those mailing she got from Uncle Sam's tax man.

It's not a fun exercise, but it's definitely one you should undertake if you disagree with an IRS decision.

In fact, the IRS own Taxpayer Bill of Rights covers this situation in several of its tenets. Specifically, I'm looking at every taxpayer's right to:

If push comes to shove, take advantage of your tax appeal right.

Here are some tips on getting through an IRS disagreement relatively unscathed.

Even if your disputed tax situation is not that complicated, dealing with the IRS tends to be unnerving. A tax pro with experience in sorting out issues between the IRS and taxpayers can save you time, dismay and often times money.

While a basic tax return preparer is helpful in dealing with routine filing issues, if you're heading into the dispute arena, I suggest you get a professional who can argue your case before the IRS.

This is an attorney, a Certified Public Accountant (CPA) or an Enrolled Agent (EA).

Know the general appeals process: Your tax adviser will walk you through what to expect and what happens during your appeal.

However, you also should check out IRS Publication 5.

This is the tax agency's document detailing your appeal rights and how to prepare a protest if you don't agree with the IRS findings.

To kick off your protest, request a meeting or a telephone conference with the supervisor of the person who issued the findings in you tax case. If you still don't agree after that discussion, you may appeal your case to the Appeals Office of IRS.

The Appeals Office is separate from and independent of the IRS office that took the action with which you disagree. It's also the only level of administrative appeal within the IRS.

As with your first level of dispute, conferences an Appeals Office representative can be held in an informal manner by correspondence, telephone or at a face-to-face meeting.

You don't have to have official representation at an appeals conference, but as noted at the beginning of this post, it's generally a good idea.

Preparation is key: If you do go to the Appeals Office, be prepared to discuss all issues you don't agree with at the conference.

You also might need to file a formal written protest or a small case request with the office named in the IRS letter you received.

And definitely be sure to file your protest within the time limit specified in the letter you received.

Include in your protest:

As with your tax return, you must sign the written protest, stating that it is true, under the penalties of perjury as follows:

"Under the penalties of perjury, I declare that I examined the facts stated in this protest, including any accompanying documents, and, to the best of my knowledge and belief, they are true, correct, and complete."

Just the facts, ma'am or sir: Note, too, what the Appeals Office does not want from you.

It cannot consider your protest reasons if they aren't within the scope of the tax laws.

Specifically, Appeals isn't interested in and won't accept any objection you have based on moral, religious, political, constitutional, conscientious or similar grounds.

Letting the pros handle it: Your tax adviser can file the written protest for you.

He or she also can take care of the discussions or hearings without you if you decide you just can't deal with it.

If you do opt to skip the Appeal Office meeting and send only your lawyer, CPA or EA to make your case, be sure you have completed a power of attorney form allowing your representative to receive and inspect confidential information.

You can use IRS Form 2848, Power of Attorney and Declaration of Representative, or any other properly written power of attorney or authorization.

Beyond Appeals: The IRS says that going through the Office of Appeals process generally settles most tax disputes without expensive and time-consuming court trials.

Here's hoping that your run-in with the federal tax man is brief and can be worked out as much as possible to your satisfaction.

But even if it looks like resolving a tax dispute might be messy, don't be afraid to appeal your case.

It is, after all, one of your taxpayer rights.