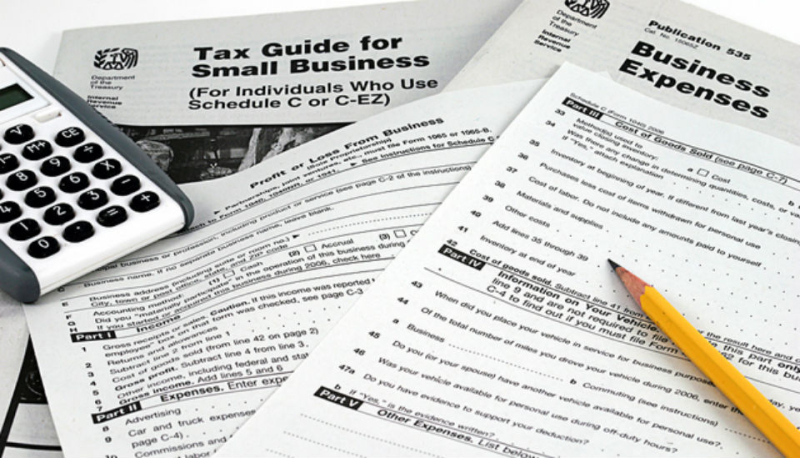 This is a big week for Lone Star State businesses. The state's franchise tax is due May 15.

For my fellow Texas business owners, that's tomorrow. Unless you're a Wolters Kluwer CCH software client. Then you have until May 22.

See my prior post for more on the recent CCH malware problems and the filing accommodations being made by the Internal Revenue Service and Texas tax officials.

I don't want to bore all y'all that don't live here, but since other states have business levies similar to ours, here's a quick, general take on Texas' tax system.

The privilege of paying business taxes: Texas' franchise tax is imposed on each taxable entity formed in the state or doing business here. These include, among other things, corporations, limited liability companies (LLCs), S corporations and partnerships.

Here in Texas it's often called a privilege tax since it's assessed on companies for the privilege of either doing business here or incorporating within the Lone Star State borders.

Privilege taxes, which also are referred to as margin, business entity, gross receipts or business and occupation taxes, are usually based on the gross receipts (hence the third alternate name in this list) or net worth of a business. Some, however, are levied as a flat fee.

Again, Texas does have a reputation for arrogance, but other states also have corporate privilege taxes. At last count, 17 states levy broadly applicable privilege taxes, according to Harbor Compliance, a provider of compliance solutions for companies of all types and sizes with offices in every state.

Overall, 44 states and the District of Columbia do in some form tax businesses.

They also must be considered in conjunction with Uncle Sam's annual business tax take.

By now everyone knows that the Tax Cuts and Jobs Act (TCJA) dramatically lowered the U.S. corporate tax rate. It went from 35 percent in 2017 to 21 percent after the TCJA was signed into law late that year.

The Tax Foundation, a conservative learning tax policy nonprofit based in Washington, D.C., has sorted through the various state tax types and rates and created the handy new map showing each state's combined corporate tax rate in 2019. 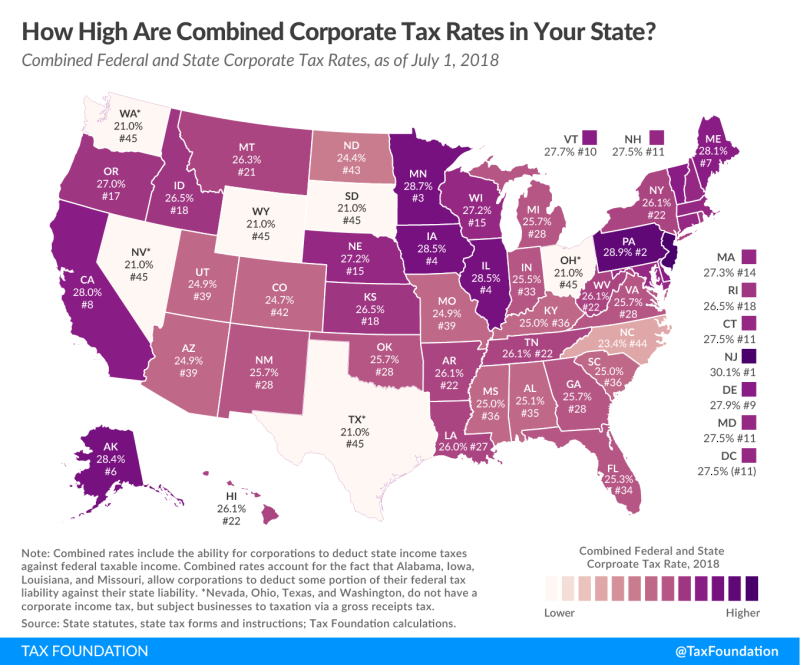 In the analysis accompanying the map, Scott Eastman and Madison Mauro note that New Jersey has the highest combined corporate tax rate of just more than 30 percent.

Corporations in six other states — Alaska, Illinois, Iowa, Maine, Minnesota and Pennsylvania — face a combined rate in those jurisdictions of more than 28 percent.

Note, however, that businesses in those six states without a corporate income tax still must pay the U.S. Treasury the federal rate of 21 percent.

These business rankings are shown in an online search application (another map!) that lets you see how well your state's tax code is structured.

You can view each state's overall tax rank, as well as where it stands on taxes on corporations, individuals, sales, property and unemployment insurance.

Great Blog! Thanks for sharing this useful blog. Information regarding paying tax by businesses is really appreciable.