Sports betting can pay off for states, but maybe not as much as hoped 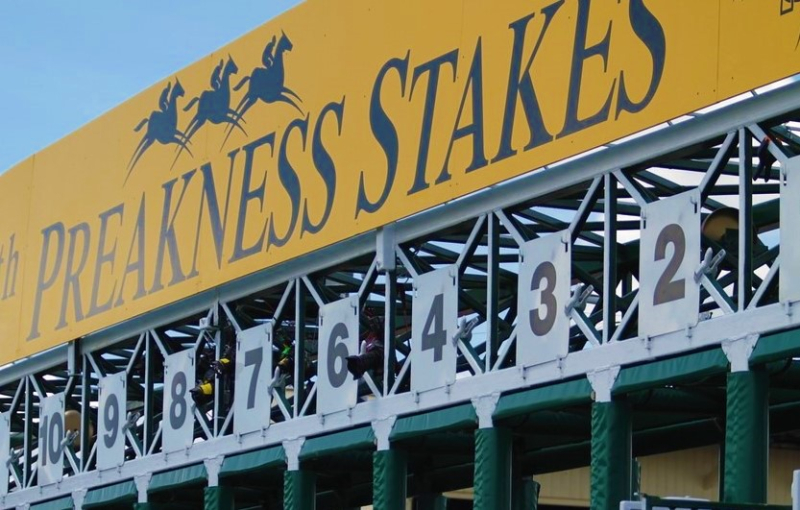 The Preakness, the second leg of horse racing's Triple Crown, is Saturday, May 18.

As a former Maryland resident, the 144th running of the race the Black Eyed Susans will be somewhat bittersweet.

It could be the last time the legendary race will be held at Baltimore's Pimlico Race Course.

It also will not lead to a Triple Crown winner.

Preakness problems: Country House, the eventual Kentucky Derby winner after Maximum Security, who crossed the Churchill Downs line first, was disqualified, will not run in this year's Preakness.

By opting out of the Baltimore race, Country House will become the first Kentucky Derby winner to skip the next Triple Crown race in 23 years.

In fact, the three other top finishers from Louisville also are not heading to Charm City.

Maximum Security won't be there. Neither will the Derby's second- and third-place finishers Code of Honor and Tacitus.

That could be a boon or bust for both bettors and the track.

With a lot of fresh 3-year-old thoroughbreds, the field is wide open for folks who want to put a few bucks down on the race.

But without the possibility of a 2019 Triple Crown, interest in the Preakness and New York's Belmont next month could be down, both in betting circles and as far as general interest in the races.

Other sports join horse racing bets: Horse racing has been around since man was able to tame the magnificent animals enough to ride them.

Betting on horse races has been around almost as long. OK, probably since the first horse race. 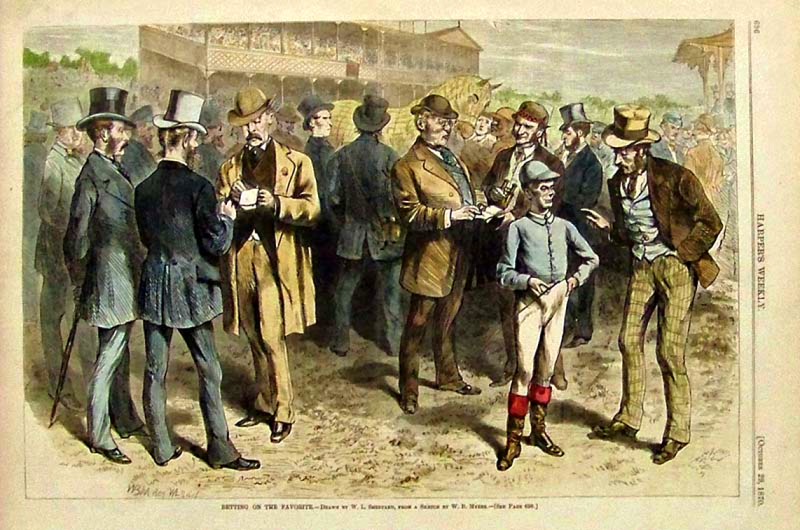 "Betting on the Favorite," a wood engraving drawn by W. L. Sheppard (from a sketch by W. B. Myers) and published in Harper's Weekly, October 1870. (Public domain image via Wikipedia Commons)

In the United States, betting on the ponies varies by state. The popular pari-mutuel betting system was introduced in 1908, leading to more interest in horse racing and wagering.

Now the Sport of Kings is joined by bets on other sporting events, thanks to the Supreme Court of the United States (SCOTUS) decision in May 2018.

In the year since the High Court's ruling that allowed states to decide whether to authorize sports betting within their borders, seven states — Delaware, Mississippi, Nevada, New Jersey, Pennsylvania, Rhode Island and West Virginia — have begun allowing the bets and collecting tax on them.

Several other jurisdictions — Arkansas, Iowa, Montana, Tennessee and the District of Columbia — are heading that wagering (and taxing) way.

Sports betting not a sure thing for state revenue woes: But, notes a new study from the Tax Policy Center (TPC), sports betting isn't yet looking like the big payoff for struggling state treasuries that many had hoped.

"Despite sports betting's ostensible popularity, the resulting state tax revenue is and will always be relatively small and volatile because of how sports betting operates and is taxed," says Richard C. Auxier, TPC research associate and author of the report.

Among the highlights from the TPC study are:

Auxier cites a 2017 study from Oxford Economics, which noted:

"At higher tax rates, sports betting is anticipated to be offered at less attractive odds, and operators are expected to spend less on marketing and other aspects of the customer experience, including technology, content (e.g. broadcast video and game stats), and customer service, thereby encouraging more bettors to bet in illegal markets. As a result, lower tax rates are expected to result in higher legal [gaming revenue]."

But, writes Auxier, as the range of current tax rates shows, "states have not always heeded this warning."

Set realistic tax rates: That's why the first recommendation that the Washington, D.C.-based TPC, a joint venture of the Urban Institute and Brookings Institution, gives to state lawmakers considering legalizing and taxing sports gambling is to be cautious with the tax rates they set on sports betting.

"It's too early to tell how tax rates affect gamblers' decisions to bet legally," writes Auxier. "Rhode Island has not collected much tax revenue with its high tax rate, but Delaware and Pennsylvania have collected roughly what their states projected under similarity high rates."

But as more states approve sports betting, it the tax could affect bettors' decisions not just on events, but where to place their wagers.

If your state's tax rate is too high for their liking, they could end up heading to a neighboring sports betting jurisdiction with a lower rate.

And the advice given bettors also applies to states authorizing sports gambling: "It's fine for states to play as long as they know what they are doing and do not wager too much on the expectation of big returns."