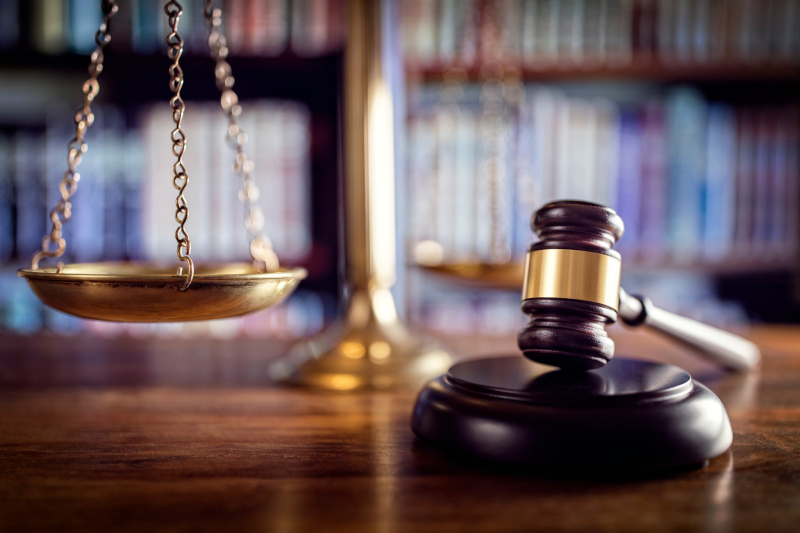 The Internal Revenue Service has formed a working group to look into allegations that some of its Free File members really didn't (don't?) want taxpayers to file for free.

State and city officials have launched official investigations into or taken legal steps in connection with allegations that some tax software companies redirected online searches away from their free options on at the IRS website.

Now what is being hailed as the first nationwide class-action lawsuit in the matter has been filed against Intuit, the maker of TurboTax.

Every filing season, and beyond, the tax world's eyes — from taxpayers who use it to its competitors to IRS watchdogs to consumer activists — closely follow TurboTax activities.

This time, the scrutiny has led to the federal court system.

"Our class action lawsuit alleges that TurboTax violated its agreement with the IRS by intentionally driving customers away from its free software, altering its website to hide the free filing option from search engines, and advertising a service that would not be free as a 'guaranteed' no-cost option," according to the online statement by Gibbs Law Group LLP, the Oakland, California-based firm that is leading the legal charge. 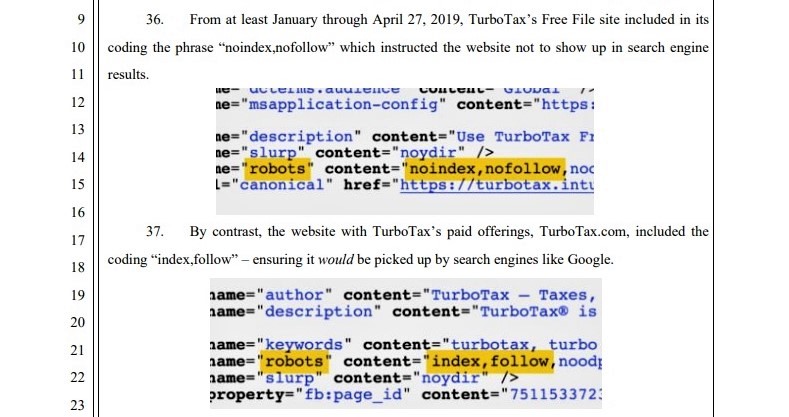 Computer codes used on TurboTax's website cited as examples in a class action lawsuit against Intuit and its Free File online search techniques.

Currently, taxpayers whose adjusted gross income is $66,000 or less are can use one of the software programs provided by a dozen tax software manufactures as part of their partnership with the IRS at the Free File website.

The free tax return preparation and e-filing option is available through the Oct. 15 tax extension deadline.

3 original claimants, more sought: Three taxpayers, one each from California, New York and Pennsylvania, are plaintiffs in the action filed by Gibbs Law Group on May 12.

The three taxpayers all had adjusted gross income of less than $34,000 in 2018 and were told by TurboTax that they were required to pay the company money after preparing their taxes using a purportedly free option, according to the complaint.

The lawsuit seeks to represent other individuals nationwide who say they also were not directed to Free File, but instead to a TurboTax fee-based program, when searching for filing options on the company's website.

"Many Americans who would have qualified for the IRS free-filing programs, were instead forced to pay filing, software, and even late fees on certain occasions," according to the law firm's statement.

Other actions, investigations: The class action lawsuit is just the latest action taken in connection with the alleged not-free Free File circumstances.

Two of the companies, Intuit's TurboTax and H&R Block, were cited in a Pro Publica report that set off the additional inquiries. The N.Y. agency has not named the other two companies involved in its investigation.

Across the country, literally, the City of Angels top prosecutor blah-di-dah

Members of Congress, including many who are seeking the Democratic nomination as that party's presidential nominee, have called on the IRS to reassess the Free File program.

The tax agency says it is looking into the charges via a newly-formed leadership team that will "take fast action to ensure the integrity of the program."

Depending on these inquiries' outcomes, the software companies alleged free-not-free tactics could stall a popular IRS reform bill.