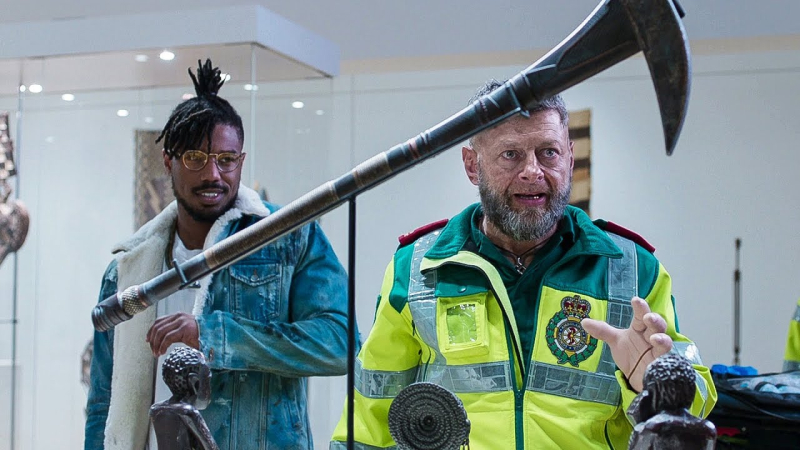 If you spend part of this long Memorial Day weekend watching a movie or two, chances are good that it was made in a particular place thanks to tax breaks.

Movie makers have been getting tax incentives, at both the federal and state levels, for decades. The practice, however, is controversial.

Supporters see the films, traditional television shows, streaming productions, commercials and even video games made in some part within their state's borders as an economic boon.

Those who oppose the tax benefits say that the entertainment industry gets too much taxpayer money for limited, short-term investment in a state.

The Empire State has long been a popular movie location thanks to its tax breaks. In 2018, nine movies that received Oscars nominations got New York film tax incentives.

Georgia tax break might not be enough: Meanwhile, the film industry and Peach State residents who benefit from the multiple productions there are worried that their state tax credit won't be enough to keep jobs in Georgia.

Y'allywood, as Georgia often is called, is home to, among others, the Netflix hit "Stranger Things" and, of course, AMC's "The Walking Dead."

Both could be more imperiled than the zombies who've made Georgia their cinematic playground if the state's recently enacted strict anti-abortion law is allowed to take effect.

The measure prohibits, in almost every case, abortion after a fetal heartbeat is detected. That's generally around six weeks of pregnancy, before some women know they are pregnant.

Some filmmakers already have said they will no longer work in Georgia. Others are waiting to for the ultimate fate of the law, which is expected to be challenged in court, before deciding on their productions' location fate.

The dilemma over taking the Georgia tax break or supporting women's reproductive rights is covered in Cara Buckley's article in today's The New York Times. And that's why the piece gets this weekend's Saturday Shout Out.

One side is for pulling all productions, thereby immediately eliminating the jobs and revenue. That, according to the latest available data for the 2017 fiscal year is an estimated 92,000 workers on sets and 2.7 billion in revenues.

Others say they'll stay and keep working in the state, but donate their shows' proceeds toward groups fighting the Georgia abortion law. That's a position taken by high profile and award-winning film and TV producers/directors J.J. Abrams and Jordan Peele.

By continuing to make movies etc. in politically conservative Georgia, industry workers from more liberal states, notably California, are more likely to be enticed to move there. Those transplants then could help move the state to a more politically competitive status.

That's a distinct possibility not only in movie magnet Georgia, where and more top-grossing films were produced (again, 2017 data) than anywhere else in the country, but also other red states that are using all types of tax breaks to entice businesses to move there.

Here in Texas, for example, many high-tech companies have relocated or set up satellite operations within the Lone Star State.

But as Texas has started showing signs of turning a bit purple, state lawmakers are freaking out a bit.

State officials and most residents are thrilled with the new money and new jobs that the Golden State's Silicon Valley is bringing. The ideological bent of some of the folks following that employment, however, is not so welcome.

That's why the cry of "Don't California My Texas" is getting louder in right-wing political circles.

Such similar unintended consequences could show up in Georgia if the film industry decides the dollars for making movies there are too good to turn down despite the state's politics … for now.