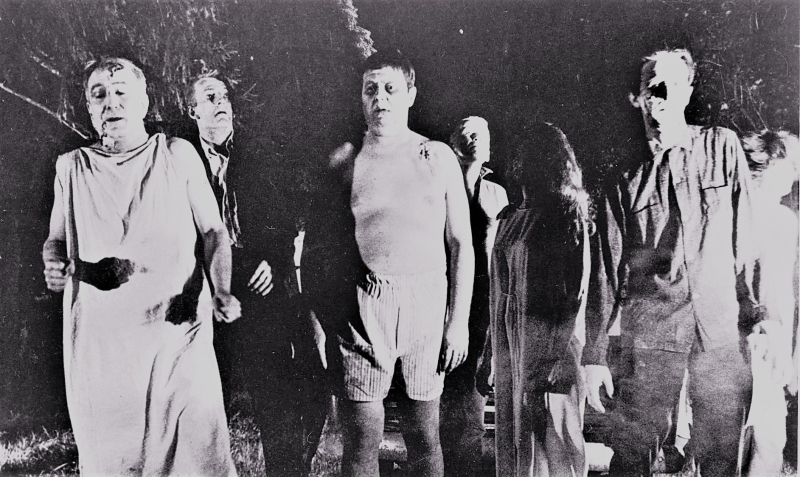 Around two dozen tax breaks are now in a legislative zombie state, much like these creatures in George Romero's classic zombie film "Night of the Living Dead." The tax versions are waiting for federal lawmakers to bring them back to life or finally and completely put an end to them. (Photo via Wikimedia Commons)

Are you still waiting on expired tax provisions to be resurrected?

If a motley crew of public policy, tax and advocacy groups get its way, you'll be waiting forever.

They all think the around two dozen tax breaks that expired at the end of 2017 (and the handful that were renewed for just 2018 and then evaporated again) should remain dead and gone.

"Though our organizations span the political spectrum, we all agree that it is time to stop making tax policy one year at a time. Bringing back these temporary tax giveaways, particularly on a retroactive basis after most Americans have already filed their taxes, is bad tax, fiscal, and economic policy," said the groups in the letter sent to House and Senate leaders and tax-writing committees. Planned impermanence: These expired tax provisions are known as extenders. The nickname comes from the fact that they technically are temporary tax provisions that must be periodically renewed or, as the groups' letter writers want, expire.

Over the years, most of the extenders have been renewed. Eventually.

Sometimes, though, it takes federal lawmakers months (more than 12 in some cases) for them to be put back into the tax code.

Such delays, as the anti-extenders groups note, obviously cause problems for tax planning and compliance.

Now and then, an extender or two doesn't make it back. For the most part, though, they are loved by the special interests that benefit from their existence and lobby hard for their renewal.

Senate yea, House meh: This time, the Senate is more amenable to reviving the extenders. The House not so much, at least not yet.

This disconnect on Capitol Hill is giving the anti-extenders letter writers some hope that this might be the year they get their wish that the extenders remain expired.

Tax measures, however, must constitutionally originate in the House. And Rep. Richard Neal (D-Massachusetts), chair of the tax-writing Ways and Means Committee, is taking a more deliberate legislative approach.

Neal and many of his colleagues want to take a look at the tax provisions one by one and determine whether they really deserve to be part of tax and economic policy. Such inspection could doom some extenders, especially since the provisions typically slide back into law without consideration of their real costs.

Neal also has said that he wants the new Democrats on Ways and Means to get a solid handle on the provisions, many of which are obscure and specific, such as motorsports facilities improvements, horse racing depreciation schedules, a variety of fuel-related breaks (biodiesel, solar, fuel cells) and even entertainment production companies.

Over the many, many years, these have for the most part been rubber-stamped back into law. Fresh legislative eyes could offer new takes on whether the expired tax breaks should be renewed.

They urge the Senators and Representatives "to ignore calls from special interests to revive these zombie extenders. Let what is dead remain dead."

"While our groups differ on what future tax policy should look like, we all agree that it is time to end the practice of passing and extending costly temporary tax provisions," according to the letter.

Do you agree that tax extenders are not worth their tortuous legislative path and trouble they create? Or do you depend on one or more of these tax breaks to help lower your annual tax bill and want it/them back now?