4 tax & financial tips on the eve of Hurricane season 2019 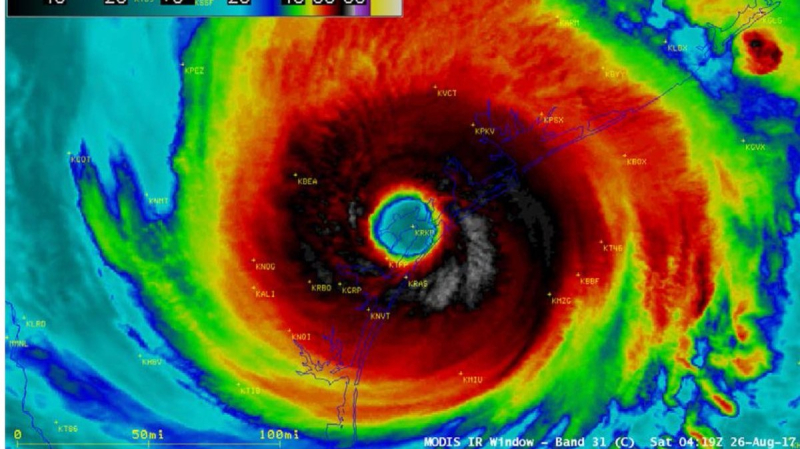 After a record-setting run of tornadoes over the last two weeks across not just Tornado Alley and the Midwest, but also into the MidAtlantic, the Big Apple even the nation's capital city, it's time for a weather break.

Yes, I'm starting to look at the tropics a bit early, especially since we got a bit of a preview on May 20 when this year's first name storm popped up near Bermuda. That storm and six years in Florida, including the Sunshine State's wild 2004 season — we were hit by two 'canes in three weeks — still raises my hurricane hackles even though I'm now in more inland Texas.

Storm development schedule: Even with this year's early Atlantic hurricane season start, which has been the norm in recent years, we likely won't see many storms in June.

On average, there's one June named storm in the Atlantic, Caribbean or Gulf of Mexico every one-to-two years, according to The Weather Channel. July has a slightly higher storm rate, but it's still averaged less than one named storm per year since 1851.

As The Weather Channel graphic below shows, things don't really start heating up on the tropical weather front until late summer. 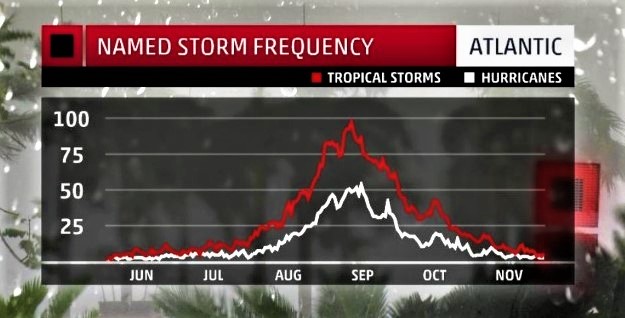 That's good. It gives us time to prepare for possible storms.

I know I've talked about this before, most recently a couple of weeks ago when Andrea and the recent tornado outbreak coincided. That post offers several tips on preparing, physically and financially, for any natural disaster.

Here are four more, gleaned from Internal Revenue Service information and my many, many years of disaster tax posts.

1. Update emergency plans: A disaster can strike any time. Personal and work situations are constantly evolving, so taxpayers should review their family and business emergency plans at least annually.

2. Electronically save documents: Taxpayers should keep documents in a safe place. This includes bank statements, tax returns and insurance policies. This is especially easy now since many financial institutions provide statements and documents electronically.

If original documents are available only on paper, scan them and save them on a DVD or CD or store them in the cloud.

Preemptively collecting your personal and financial documents is much easier than trying to reconstruct them after a disaster.

3. Visually document property, valuables: Use your smartphone for more than selfies. Photos or videos of your home and property before a disaster strikes can come in handy in filing insurance claims and determining values needed when claiming disaster tax help.

Such visual inventory documentation is especially helpful when it comes to items of value.

If you're still partial to analog systems, the IRS has a disaster loss workbook. Using this can help taxpayers compile a room-by-room list of belongings.

4. Get tax help: When you are hit by a federally declared disaster, remember that you be eligible for tax help.

Claims for these extreme disaster losses are still, and actually the only, allowable casualty claims available under the Tax Cuts and Jobs Act (TCJA) changes. You can make such claims either on your return for the year in which the disaster occurred or by filing an amended return for your prior year's taxes.

My post on how to get tax help for your natural disaster losses has details.

You also can the IRS toll-free at (866) 562-5277 to speak with an agency specialist trained to handle disaster-related issues.

And, of course, you can always (shameless plug alert!) refer to the ol' blog's special collection of storm related posts. These Storm Warnings items look at ways to prepare for, recover from and help those dealing with major natural disasters. And more.

Peruse the disaster posts, which are divided into six separate pages, at your leisure. But don't be too nonchalant about getting ready.

As the recent storm outbreak has underscored, it's always better to be prepared for Mother Nature's worse.

Addendum aka another shameless plug: Check out my tumblr post on storm season and taxes at Tumbling Taxes.