Still stewing about your tax refund? Adjust your withholding 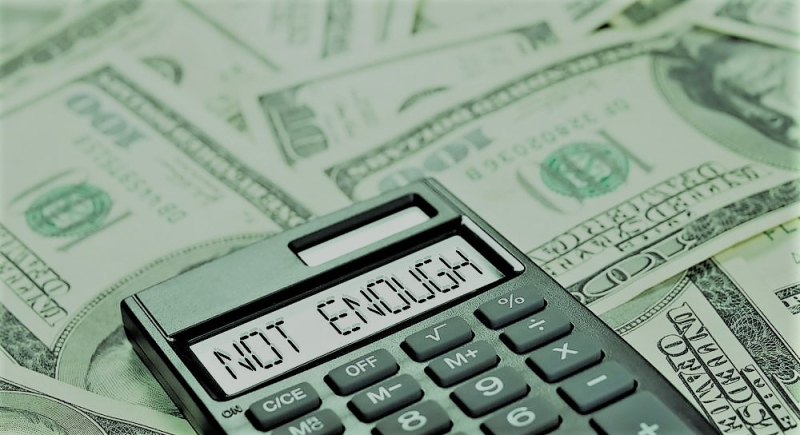 High tax filing season is over and the numbers have been tallied.

Unfortunately for Republicans who still are fighting the public relations war over their major tax reform law, the figures aren't good.

Yes, fractionally more money has been delivered to taxpayers through April 21, almost a week after the filing deadline for most U.S taxpayers.

But the average refund check remains smaller than it was last year.

Refunds that were directly deposited so far this year into taxpayer accounts were a bit larger, with that average amount coming to $2,863.

Refunds ≠ tax cuts: Before fans of the Tax Cuts and Jobs Act (TCJA) blast off their emails or Twitter comments, I know. These smaller refunds are not necessarily because those folks didn't have smaller tax bills under the new tax law.

In many cases, the taxpayers unhappy with their refunds got their TCJA savings throughout the 2018 tax year. I mentioned this in my pre-Tax Day conversation on NPR's weekend edition of All Things Considered.

But by now we've learned that people really, really, really like using the Bank of Uncle Sam to get a big refund check every spring.

And those folks who didn't get their usual large refund made sure everyone heard about how unhappy they are.

Slightly fewer returns filed: That average refund amount might go up somewhat when everyone who's yet to file finally does.

Yes, most folks who are getting refunds do so early in the filing season. But this first filing under the TCJA has scrambled things.

Some folks are expecting a refund, but they also are still struggling with some of the new law's applications. So they haven't yet filed.

That's probably why filing overall this main tax season was down a tiny bit. Very tiny. Like just 0.2 percent fewer 1040s submitted and processed through the first three weeks of April 2019.

And while the number of self-prepared and electronically filed returns by taxpayers themselves was up more than 4 percent, the number of returns e-filed by paid preparers is down by 0.7 percent.

From my conversations with tax professionals, I suspect that fractional drop in filings this spring is due to filing extensions as the tax pros continue to work with their clients to make the most out of the new TCJA provisions. I'm looking at you Section 199A 20 percent small business tax deduction.

Tax pros generally are able to find the legal ways to save their clients some money, so when they get these extensions into the Internal Revenue Service over the next nearly six months, we might see the refund averages bump up a bit.

Adjusting for a 2020 refund: Still, the main responsibility for our taxes, either owed or refunded, falls to all us taxpayers.

If you are insistent on giving the U.S. Treasury interest-free use of your tax dollars for a year, that's your choice.

It's not what I or many other financial folks recommend. We tend to agree that while tax refunds are nice, savings received year-round are better payoff.

But you do tax refund you.

That means if you want a big, fat tax refund next spring, you need to adjust your withholding now.

It's not hard. Basically, if you want more money as a refund, you'll want the IRS to take more taxes out during the rest of 2019 so it can send the money back to you next year.

You make those revisions by giving your payroll office a new Form W-4. It has a has a worksheet to help you arrive at the correct number of allowances or the number you want in order to get a refund next year.

The easier move, however, is to use the IRS' online withholding calculator.

Controlling your tax cash: Again, I'd rather have that tax cash on a weekly or whatever pay-period basis to pay down high-interest credit card bills or stick into an emergency account paying at least a minuscule percentage of interest.

I also get it if you're afraid you'll just spend any extra withholding adjusted pay. I know people — OK, they're some not-so-fiscally-inclined members of my family — who are not good at saving money.

If you're like them, just set up a savings account at your local credit union (they tend to be more consumer friendly than traditional banks) and have the money that previously went to the feds directly sent to there.

That way, the money that used to overpay taxes stays out of sight and hopefully out of your frivolous spending mind. Even better, the account will be easily accessible if you ever truly need the money.

Remember, in addition to not paying any interest at all on overwithholding, the IRS isn't going to send you a couple hundred from your excessive withholding before tax season even if you need the money for a good reason, like a car repair or your kid's dental work.

But, hey. I'm not you. And you've got to do what works for you when it comes to your pay, withholding from it and taxes.

If that's overwithholding so you'll get a bigger refund next year, so be it. Adjust your withholding to make that happen.

Sorry but you are fooling yourself if you believe the withholding form is of any benefit and advising people to follow it's directions will get them in trouble. The reality for many people is because the IRS was politically motivated to screw with the withholding tables to make people get more in their checks, the old worksheet doesn't mean squat and the new one is still in transition. For example, being married and filing jointly I should, if taking the standard deduction, be able to put two down for withholding and I should be close to balanced. You would imagine that is what the table and taxes out of your pay should do for you. Not even close. I went from being balanced the last several years to owing thousands this year. Even with three people I can claim as dependents to now get near zero owed at the end of the year while taking the standard deduction I have to put zero withholding and also take another few hundred per pay per paycheck. People need to do a rough estimate of their expected 2019 income, use the standard deduction or estimate your itemized, calculate the tax likely to be owed, and see what they are actually taking out of your pay. Do this before any adjustments and don't count on the W4 worksheet to be anywhere near helpful. In my case it was painfully obvious they were taking way to little, which makes no sense but is what it is. I thought I was an isolated case, but every person in my office (a dozen), with one or two exceptions, are in the same boat. Typically two incomes, kids above age sixteen but still deductible, mortgages, etc. all basically paying a lot more.