10 things that will trigger a tax audit

Trump has steadfastly refused to make public his taxes, breaking a modern-day tradition set by presidential candidates — and in-office presidents (and vice presidents) — of letting the public have a glimpse of White House 1040s.

The main reason Trump has given for keeping his taxes private is that his personal and business filings are under audit.

Tax experts throughout the media agree that no sane person would give their tax returns during an audit. After the audit, no problem!

But that's precisely why Rep. Richard Neal (D-Mass.), chairman of the House Ways and Means Committee, says his Congressional panel should see them.

"The IRS has a policy of auditing the tax returns of all sitting presidents and vice-presidents, yet little is known about the effectiveness of this program," Neal said in a statement announcing the letter he sent Wednesday, April 3, to Internal Revenue Service Commissioner Charles Rettig seeking Trump's returns. 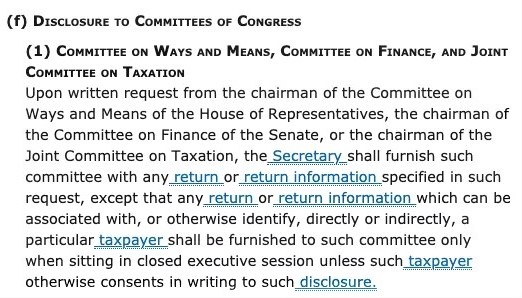 "On behalf of the American people, the Ways and Means Committee must determine if that policy is being followed, and, if so, whether these audits are conducted fully and appropriately," said Neal.

"In order to fairly make that determination, we must obtain President Trump's tax returns and review whether the IRS is carrying out its responsibilities," added Neal. "The Committee has a duty to examine whether Congressional action may be needed to require such audits, and to oversee that they are conducted properly."

After hearing of Neal's request, Trump reiterated that he was "not inclined" to release his tax return until he no longer was under audit.

Yeah, stock up on popcorn and settle in folks. This is going to take a while.

Audits decreasing: This next phase of the great Trump Tax Return Quest, however, does make me think about what prompts the IRS to take an extra-long look at anyone's taxes.

Granted, the tax audit rate has been minuscule in recent years, in large part because of the IRS hasn't had a lot of money to spend on examining returns.

According to the IRS' Data Book for 2017, released in March 2018, the percentage of individual tax audits that year fell to its lowest level since 2002. It also was the sixth consecutive year that audits have declined.

Just 1 in about 160 individual tax returns were audited in 2017. The biggest drop in audits was of those aimed at high-income household filings, although those returns still were examined (that's the word the IRS likes to use instead of audited) at a higher rate than filers in other income levels.

That trend has continued into fiscal year 2018, according to research by TRAC, a nonpartisan, nonprofit data research center affiliated with the Newhouse School of Public Communications and the Whitman School of Management, both at Syracuse University.

Avoid tax audit triggers: So if there are fewer audits examinations, should we non-wealthy quit worrying whether we'll hear from the IRS after we file?

I'm not. I'm worrier by nature and I'm always rethinking what I put on my 1040 and wondering if it will cause the IRS pause.

No, I don't push the tax envelope. But part of the reason for my concern is that I once got an IRS notice, also known as a correspondence audit, about one of my returns. I've saved the document, which started out:

So I still flinch a bit when I get anything from the IRS, like the transcript that arrived last week. I forgot I ordered it online to check out the system for an article.

If you're there with me in stressing at least a little over whether you'll get audited, here some tax issues we should avoid, if all possible.

These 10 things are what typically tempt the IRS to take another look at tax returns.

1. You earned a lot of money.
As noted earlier, the IRS tends to focus on high earners when it conducts audits. That's not a bad plan for an agency that has, thanks to Congressional budget cuts, limited resources. Going after wealthy taxpayers provides a bigger bang for the audit buck.

2. You are self-employed.
Being your own boss has a lot of benefits. It's also easier to cheat on your taxes because many transactions aren't documented in a way that helps the IRS. Unlike when you work for a company where your salary is set and taxes are withheld and sent to the IRS throughout the year, self-employment gives filers, shall we say, wiggle room in reporting income and the taxes due on it. The IRS essentially has to trust a self-employed filer to honestly report income and expenses. Since we know that doesn't happen 100 percent of the time, the IRS tends to take a greater interest in the returns of self-employed workers.

3. You are part of the gig economy.
The self-employment tax reporting has been complicated by the explosive growth in gig workers. Often these are folks who freelance in addition to holding down full-time wage paying jobs. And often, they are unaccustomed to dealing with 1099 income. Since 1099s are copied to the IRS, when a contractor forgets to include this money on his or her tax return, that filer is guaranteed to get an IRS notice about the unreported income.

This so-called correspondence audit (like the one I got, mentioned earlier in this post) is much less invasive than a full-scale audit, but it's an audit nonetheless. You need to clear up the discrepancy ASAP since Uncle Sam has been tallying interest and penalty charges for your oversight.

4. You overlooked other income.
Investment earnings are a big part of many folks' income, especially those in or near retirement. As with contract payments, unearned income from stocks and bonds and other investments generate 1099 forms, usually in the INT, DIV and B versions. These, too, are copied to the IRS. If you have investments, keep track of them not just for portfolio tweaking purposes, but also to note your earnings. And make sure you get all your 1099s before you file.

5. You have overseas accounts.
If you own an account in a foreign country, you must report it. Failure to comply with the Foreign Account Tax Compliance Act, or FATCA, will cost you. A lot. Then there's Foreign Bank and Financial Accounts, or FBAR, reporting that is filed with the Financial Crimes Enforcement Network (FinCEN). If you're thinking that secret Swiss bank account will protect your privacy, think again. As with other earnings, the IRS has a way to find out about your offshore money. Foreign financial institutions are required to tell Uncle Sam of U.S. citizens' account holdings.

6. You claim large itemized or business deductions.
Thanks to the dramatically increased standard deduction amounts under the Tax Cuts and Jobs Act (TCJA), fewer taxpayers are expected to itemize. But those who do will be looking to maximize the amounts the TCJA still allows to be claimed on Schedule A. That's fine. You always should use the deduction method that gives you the best tax result, even under the new tax law.

But do so legally. Don't go padding the remaining itemized expenses you can claim. Unusually large write-offs, which are those that seem to be excessive in relation to your income, will attract IRS scrutiny thanks to its computer scoring system, aka DIF, the acronym for discriminant information function.

The same deduction issue comes into play for the self-employed, mentioned in tax trigger #2. Don't try to fudge your business' expenses on your Schedule C. Unusually high amounts on that form draw added attention from an IRS that already skeptical of many independent contractor claims.

7. You made a mistake on your Obamacare reporting.
Despite campaign promises and some chipping away at it, the Affordable Care Act (ACA), still popularly called Obamacare, remains the law. That means you still must let the IRS know when you file that you had the required minimum coverage.

If you signed up for medical coverage through a health care marketplace, you might be eligible for the federal subsidy, aka the premium tax credit, to help pay some of the insurance policy's costs. This also will get you a 1095-A form, which you'll need to help reconcile your credit, either advance or claimed at filing, or determine whether you owe an ACA-related penalty.

Although folks have been dealing with Obamacare for years, it still can be confusing. If you mess up any part of it, the IRS will let you know.

8. You have rental real estate activity.
Real estate is an attractive investment, in part because rental properties offer real property owners some advantageous tax treatment. Under the TCJA, rental owners generally will enjoy lower ordinary income tax rates that apply to more inclusive income brackets. Plus, the new tax law retains the long-term capital gains tax rates for when you get around to selling your property. However, if your rental property generates a tax loss, and most do at least early in their rental lives, things get complicated. And complicated is where IRS examinations thrive. If you have rental property, you also should have a tax professional who can help you maneuver the intricacies and answer any questions the IRS might have about your real estate tax claims.

9. You filed the old-fashioned paper way.
Yes, this still happens. Although most of us or our tax preparers now e-file, there still is a die-hard group of old-fashioned pen-and-paper tax filers. Hey, to each his or her own. But by using software to complete your returns, many common mathematical errors are eliminated (as long as you enter the correct info to start with), along with fewer transposed digits or missing of required entries. But filing by hand means your data has to be entered by IRS employees, providing another chance for human error in connection with those entries. Plus, there's the added chance that the IRS worker may notice one of your mistakes.

10. You fell for one of the Dirty Dozen tax scams.
The IRS' annual Dirty Dozen tax scam list tracks the schemes that regularly appear as crooks try to steal identities and file for fraudulent tax refunds. But even when an honest taxpayer falls prey to one of these scams, it's the taxpayer who ends up holding the bag. If you used filing methods associated with one of the terrible 12 scams, such as letting a paid tax preparer enter false claims on your 1040 to boost your refund, filing for bogus tax credits or making donations to fake charities, the IRS will spot it. And you, the taxpayer who signed the 1040, will face an IRS examiner and a bigger tax bill.

Are you scared now? Don't be. I know most of the ol' blogs readers are honest taxpayers. And ever if you do make an innocent error, that won't spark a full-blown audit.

As long as you have good records for everything you enter on your tax return — and hire a tax pro who's experienced in the audit process — you should come through any IRS examination unscathed.

And you'll definitely escape the IRS' additional prying eyes when you don't wave any of these 10 audit red flags.