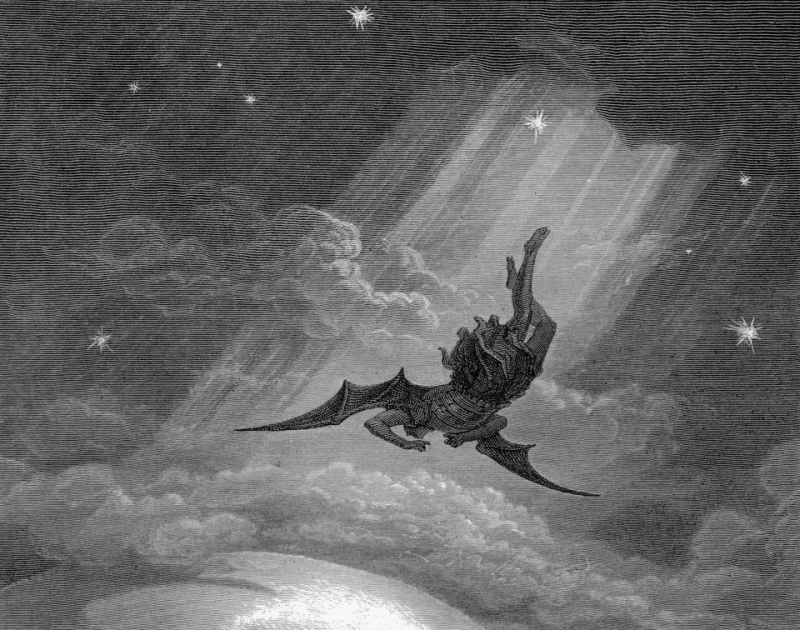 Tax-exempt organizations became a landmine for the Internal Revenue Service in 2013.

In May of that year, a Treasury Inspector General for Tax Administration report determined that the agency had used questionable tactics in reviewing applications by self-described social welfare organizations seeking the favorable 501(c)(4) tax-exempt status. You may remember it as the IRS/Tea Party Scandal.

Now a new tax-exempt designation might open up the IRS for more criticism.

This time, though, it doesn't involve nonprofit groups that might spend a little too much time lobbying the government.

It's a church that invokes an alternative, and generally controversial deity. Specifically, the devil.

The one, though, that gets the most attention from us regular taxpayers is the 501(c)(3) category. These are IRS-approved public charities, most of which do good work for folks who need extra help.

Educational institutions and religious organizations also are in this tax-exempt group.

We know them and their Internal Revenue Code 501(c)(3) identifier because they individual taxpayers' donations are to them are tax deductible if the generous taxpayers itemize.

Now donors can give to and write off on their taxes their gifts to the Satanic Temple in Salem, Massachusetts.

Satanic Temple gets nonprofit approval: Yes, Satan, as in the Devil. As Dana Carvey's church lady would say, "Well, isn't that special?"

And yes, Salem, as in the Massachusetts town known for its witch trials in the 1690s.

The temple's co-founder Lucien Greaves announced last week via Instagram "that for the first time in history, a satanic organization has been recognized by the United States federal government as being a church."

Not founded as a church: The IRS approval of the 501(c)(3) tax-exempt designation for The Satanic Temple is a bit curious, but not for the reason many would think.

The Salem-based groups says on its website that despite using temple in its name, it does promote or worship Satan and does not believe in a symbolic evil.

Rather, the group says it embraces the name Satan to emphasize its "rational inquiry removed from supernaturalism and archaic tradition-based superstitions."

Those superstitions to which it refers are what most traditional worshipers call their religions.

Facing off against other religions: So if the Satanic Temple didn't apply for the 501(c)(3) designation in order to be recognized as a church per se, why go to the trouble?

Because, say Greaves and his colleagues — there are chapters in Atlanta, Chicago, Seattle, as well as in Canada — it was time to level the religious/government playing field.

"This acknowledgment will help make sure The Satanic Temple has the same access to public spaces as other religious organizations, affirm our standing in court when battling religious discrimination, and enable us to apply for faith-based government grants," noted the new church on its Instagram page.

Tempted by Trump action: But why now? Thank the current Oval Office occupant.

In May 2017, Donald J. Trump signed an executive order "Promoting Free Speech and Religious Liberty." At that time, Greaves indicated that it might be appropriate for The Satanic Temple to "re-evaluate its prior principled refusal to accept religious tax-exemption."

The order, added Greaves, allows "our theocratic counterparts [to] trample over the Constitution and all it previously stood for. It appears that now is a time in which a more principled stand is to meet our opponent on equal footing, so to as balance, as best we can, what has been a frighteningly asymmetrical battle."

After the 501(c)(3) tax-exempt designation was official, Greaves stated:

"In light of theocratic assaults upon the Separation of Church and State in the legislative effort to establish a codified place of privilege for one religious viewpoint, we feel that accepting religious tax exemption — rather than renouncing in protest — can help us to better assert our claims to equal access and exemption while laying to rest any suspicion that we don’t meet the qualifications of a true religious organization. Satanism is here to stay."

Freedom of and from religion for all: I must admit that I'm not much of a traditional church goer, although many do provide much needed charitable services for their communities and beyond.

I also generally support these good works, as well as those done by most public charities. In fact, I have established one myself (along with the hubby, a scholarship at our alma mater) and definitely have claimed the charitable donation deduction during my tax filing years.

But as I've watched the various, and sometimes nebulous, nonprofits proliferate, I've come over the years to think that all these sundry tax exempt categories need to be re-evaluated and potentially eliminated.

Given my nonprofit and church ambivalence, I'm definitely in no position whatsoever to comment on what goes on at the newly tax-exempt Satanic Temple. But that's never stopped me before, so here goes with some unsolicited advice.

As noted, it's not a church in the way most of us think. But with their new tax-exempt status, the temple plans to hold get-togethers in public spaces.

Since music is a popular way to attract attendees, I'd like to suggest Tenacious D's "Tribute" as a possible event theme song.

Once it cranks up, it's an energetic rocker by of Jack Black and Kyle Gass, in the vein of The Charlie Daniels Band's more country "The Devil Went Down to Georgia."

And since The Satanic Temple doesn't worship the Biblical demon, its members shouldn't be upset that that musical duo best Beelzebub in a classic guitar duel.

Rock on, whatever your beliefs!