Good, bad & unbelievable reasons for not filing your taxes 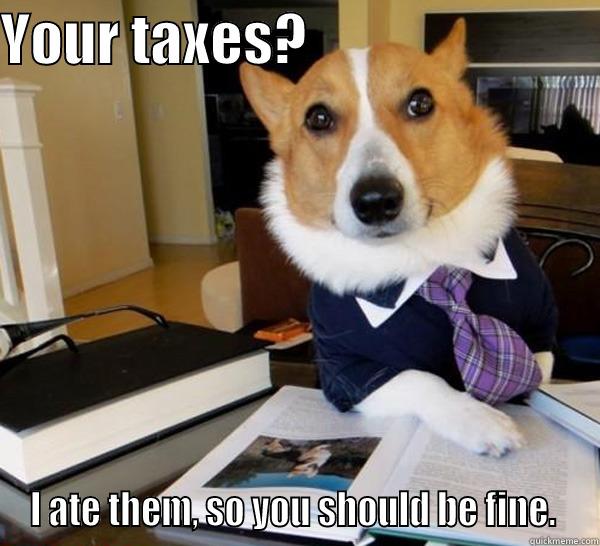 You didn't file your taxes by the April deadline but you had a really good reason.

Excuses people make for not filing their taxes are right up there with rationalizations for claiming weird deductions. Both are creative exercises par excellence.

And both will get you in bit trouble with the Internal Revenue Service.

What won't fly: The Internal Revenue Code as we know it has been around since 1913. That means that for more than a century, Uncle Sam has heard just about every excuse for not getting a Form 1040 in on time or at all.

Blaming someone else: Typically, this is scapegoating of a professional hired to help file your return. In some specific instances, this might work, but generally it doesn't. The reason is that when you sign your 1040, you are swearing that you knew what was on the return and agreed to submit it.

This also applies to the so-called TurboTax defense. Again, tax prep software is a tool that you, the responsible taxpayer, use to file your taxes, for which you are legally responsible. Just ask former Treasury Secretary Timothy Geithner.

You can't pay what you owe: This might be true, but it's not a good enough reason for the IRS to let you off the tax filing hook. There are options, including paying what you can when you file and then setting up an installment plan to cover the balance.

If your tax bill really is ginormous, you can try to settle it for a lesser amount by using the agency's offer in compromise options.

Pleading confusion, ignorance, forgetfulness and/or flat-out laziness: OK, all of these might be true, too. But just like the no-money excuse, these painful tax truths aren't legitimate reasons for not getting your taxes done on time.

And, no, some obscure ailment like the late-filer syndrome tried a few years ago, won't work either.

Those "really?" reasons: Then there are those that are so eye-rolling bad that you almost want to applaud the audacity of the people who tried them.

Some of the more imaginative ones are:

I'm sure someone at some point has even tried the old dog ate my tax return ploy.

And don't even go there with frivolous anti-tax arguments, such as paying taxes is voluntary or only federal employees have to pay federal taxes or you're a sovereign citizen. Not only will these not absolve you of tax filing responsibilities, they could get you in bigger trouble.

Reasonable reasons the IRS will accept: While the IRS obviously won't buy BS excuses, there are some real reason for not filing that the tax agency is sometimes inclined to accept.

These include what the IRS determines is reasonable cause.

Reasonable cause, as far as the tax collector is concerned, is based on all the facts and circumstances in an individual taxpayer's situation.

"We will consider any reason which establishes that you used all ordinary business care and prudence to meet your Federal tax obligations but were nevertheless unable to do so," according to IRS.gov.

The IRS says it will consider "any sound reason for failing to file a tax return, make a deposit or pay tax when due."

Typical sound reasons, if established, include:

As noted earlier, a lack of funds in and of itself is not reasonable cause for failure to file or pay on time.

However, the IRS says that the reasons for not having enough money may meet reasonable cause criteria to abate or ease a failure-to-pay penalty.

Establishing reasonable cause: OK, you have a legitimate excuse for not filing on time. How do you convince the IRS?

The agency says that for it to determine you had reasonable cause for not filing, it needs details from you about:

Documentation always helps: As taxpayers and readers of the ol' blog know, the IRS always likes it when you can prove your reasons for any tax action.

By proof, the IRS means documentation.

Most reasonable cause explanations, the agency says, require that you provide documentation to support your claim, such as:

Yeah, by now you're thinking you simply should have gotten your act together and filed a 1040 — or at least an extension — by the April due date.

But if that wasn't possible for a real reason, then let the IRS know. And then get your return to the agency as quickly as you can.

Excellent Article. Thanks for sharing