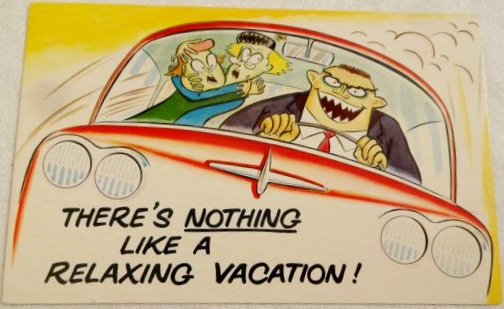 Driving vacations are much more enjoyable when gasoline is cheap and the person behind the wheel isn't as amped up as this guy!

The surest sign that summer is on the way is not temperature changes, but increasing gasoline prices.

Oil companies traditionally take advantage of the seasonal shift, as families here in Texas and elsewhere across the country load up their cars — and fill up the gas tanks — to hit the road.

True, that's about half of what we saw at gas stations a couple of years ago. But we've been spoiled by low pump prices.

That may be why some lawmakers in Washington, D.C., are talking about, gasp, raising the federal gas tax.

Fuel tax timing: One school of thought is if they can slip the tax through while fuel prices are relatively low, maybe the increase won't cause to much of an uproar, especially if it is phased in over several years.

That's the plan now being discussed by both Republicans and Democrats on Capitol Hill.

It's also gotten the support the U.S. Chamber of Commerce, the American Trucking Associations and, back in 2017, even Donald J. Trump.

When Trump met with trucking industry representatives and drivers two years ago, he indicated he was amenable to increasing the gas tax as long as the funds went to highway projects.

The federal gas tax has been stuck at 18.4 cents per gallon since 1993. The corresponding diesel fuel rate also has remained at 24.4 cents since then. 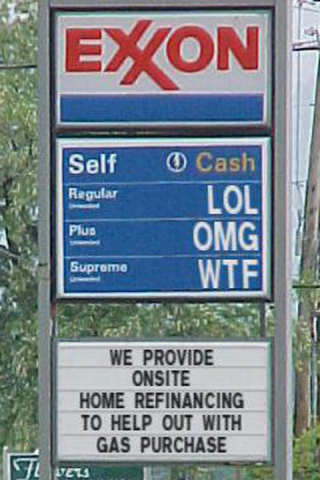 Opponents of any federal gas tax increase
fear it would push pump prices
into these extraordinary ranges.

Most drivers opposed: Professional truck drivers are likely the only motorists who support the increase.

Most Americans, however, have consistently balked at the prospect of paying more for gas due to a fuel tax increase. We love our fossil-fueled cars (sorry Tesla and other electric vehicle makers) and fuel price increases can have a major impact on many drivers' budgets.

I get it. I grew up in West Texas where a round trip of 100 or more miles to run errands or eat at a fancy restaurant was (and still is) not unusual.

Also, outside of major cities, sparse public transportation options (yes, I'm looking at you, Austin, Texas) makes driving the only viable way for a lot of folks to get around.

But the realization that America's bridges and roads are in alarming disrepair — insert your own infrastructure week joke here — is starting to sink into the public and political consciousness.

States taking fuel tax lead: Many states have recently (both in 2017 and 2018) bumped up their fuel taxes. The latest increase came this week in the politically important heartland state of Ohio.

The increases are needed, say the supporters, because newer vehicles get better mileage, meaning drivers don't fill up as often, cutting into the fuel tax revenue.

Others jurisdictions are spreading the fuel tax burden by imposing fees on electric vehicles since those drivers use the same roads, but escape the gas tax completely.

Some have even experimented with a per-miles-traveled tax. A similar national demonstration project has been proposed by a couple of House members, one a Republican and the other a Democrat.

But when it comes to the national fuel tax rates established 26 years ago, most federal lawmakers have resisted any increases.

Now, however, it's starting to look like some are ready to take a gas tax detour.

Replenishing the road fund: Part of the political shift is coming from industry support of the fuel tax increase.

Private sector buy-in has always been important, so much so that early in his presidency Trump proposed formal partnership between government and investors who would finance projects in return for revenue from tolls or other user fees.

That's still an outside possibility, but most in the public and private arenas are leaning toward the old-fashioned revenue raising option. They want to increase the federal fuels tax amounts to bulk up the Highway Trust Fund (HTF).

The HTF is where Uncle Sam gets the money to pay for roadways, bridges and mass transit. It was established in 1956 to provide a more dependable source of federal funding for the construction of the interstate highway system.

Dependable, however, is a relative term.

The HTF's two sub-funds, the Highway Account that's largely devoted to construction and maintenance of highways and bridges and the Mass Transit Account that's used toward buses, rail, subways, ferries and other types public mass transit.

The balances of both of those funds have been dropping. 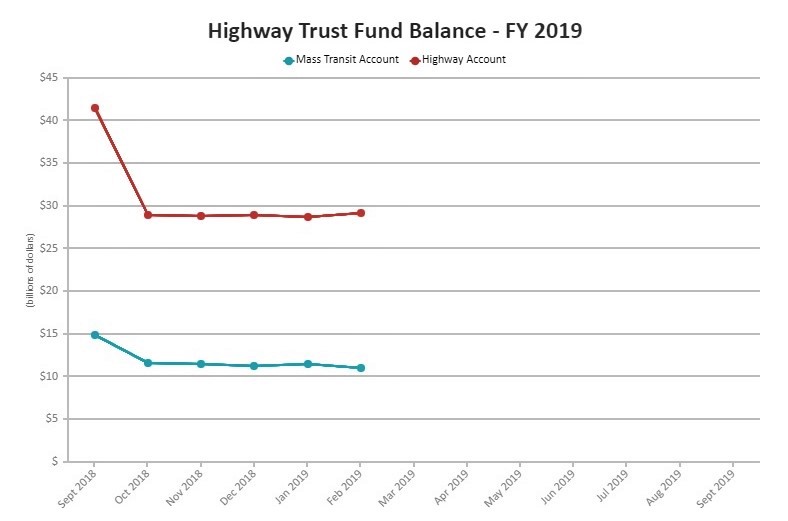 The reason is because the HTF receives around 90 percent of its revenue from the federal fuel excise taxes. Taxes on tires and heavy vehicles (trucks) make up the rest of the fund’s income.

Since the federal gas tax is not pegged to inflation and has not been raised since 1993, the purchasing power of the revenue has eroded over time. If the current fuel tax rates had been indexed to inflation, the Congressional Research Service says that in 2017 the amounts would have been 31.7 cents for a gallon of gas and 42.1 cents for diesel.

The Peter G. Peterson Foundation estimates that the HTF's ability to pay for transportation projects has been cut by more than 40 percent since the last tax rate hike.

Private sector support: That's why many on Capitol Hill and beyond are supporting a gas tax increase.

The tax hike option is the easiest (relatively speaking; more on this in a minute) to implement and have minimal administrative costs since they already are being collected.

Leaders of the groups made their arguments last month at a Ways and Means Committee hearing on, as the committee's chairman described it, "our nation's infrastructure crisis."

Chamber President Thomas Donohue told Congress it should increase both the gas and diesel taxes by a total of 25 cents, then index the new tax rates for inflation so that there would be no need to revisit this issue in the future.

"The proposal would raise $394 billion over the next 10 years, which would be invested in our highways, bridges, and transit systems in a fiscally responsible fashion," said Donohue.

"ATA's proposed solution to the highway funding crisis is the Build America Fund. The BAF would be supported with a new 20 cent per gallon fee built into the price of transportation fuels collected at the terminal rack, to be phased in over four years. The fee will be indexed to both inflation and improvements in fuel efficiency, with a five percent annual cap. We estimate that the fee will generate nearly $340 billion over the first 10 years. It will cost the average passenger vehicle driver just over $100 per year once fully phased in."

Earlier this month, Spear reiterated his group's support of a higher gas tax and placed the possibility of passage on Trump.

"If the president puts his full weight behind this and wants infrastructure and wants real money to fund it, I am confident that the votes are there, both chambers, House and Senate," Spear said on an April 3 conference call with reporters.

Political potholes ahead: But any tax increase, even one characterized as a user fee, faces obstacles. Yep, here's that political component I mentioned a few paragraphs earlier.

Although members on both sides of the aisle support to some degree an increase in the gas tax, it's unclear whether there are enough to ensure passage of even a modest hike in such a politically polarized Congress.

That concern is exacerbated by the 2020 election. It will be here before we realize. Please, please hurry. I am already sooooo tired of the campaigning by all White House wannabes. But I digress.

No candidate or party, especially in a presidential election year, wants to be tagged in campaign ads as the embracer of any tax increase, even one that would ultimately improve services most of us use on a daily basis.

The best chance any gas tax increase could happen would be for it to pass this year, providing time for any drivers'/voters' anger to subside before Tuesday, Nov. 3, 2020.

Saying gasoline companies take advantage of the increase in miles driven is like saying airlines take advantage of holidays to raise prices. That’s the free market. Refinery capacity to produce gasoline is built to just barely handle peak driving season which means the rest of the year prices are driven lower by excess supply. During peak driving season there is not enough gasoline supply to meet demand so prices rise on scarcity until the demand drops to meet the supply. Same thing happens with airline tickets on holidays when there are not enough seats for all the people who want to fly. Tickets prices go up and less people want to fly at the higher price. I used to make gasoline, the free market set the price. We usually lost money on every gallon we sold in the winter months but made money during the spring, fall and summer. We never cared what the federal government did with gasoline taxes as long as it was universal and did not favor one state over another. My state did pass such a tax increase this year to pay for highway and road maintenance.