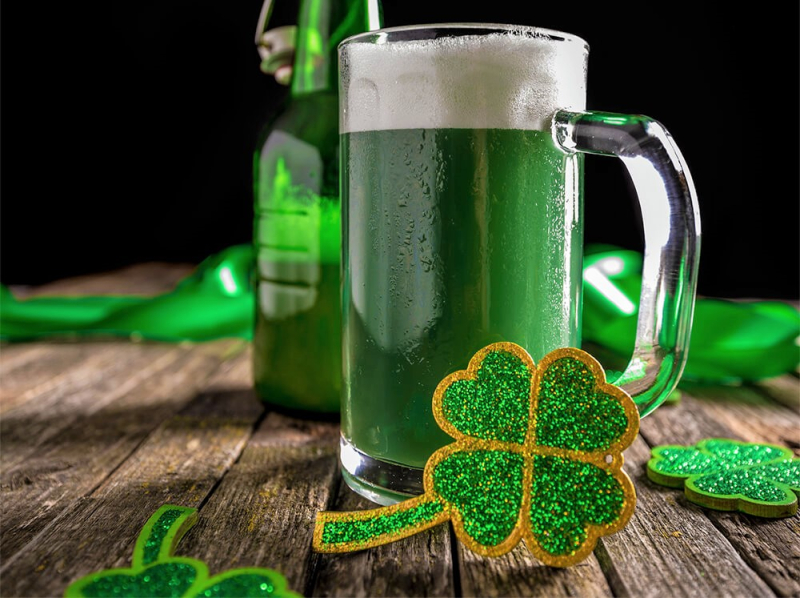 March 17 is one the top days for beer drinkers, ranking up there with New Year's Eve and Mardi Gras celebrations.

Guinness says 13 million pints of its stout will be consumed worldwide today in celebration of the Emerald Isle's patron saint. The average number of drinks is just more than 4 per person.

The folks making all the Erin go Bragh toasts and the establishments selling the drinks aren't the only ones celebrating St. Patrick's Day.

Here in the United States, all that beer, green or otherwise, and other alcoholic beverages are taxed.

Sales tax is collected in the 45 states and District of Columbia on the six packs sold, as well as the mugs served at bars and restaurants.

Those levies are in addition to the excise taxes collected at state and federal levels, adding to the price of the potent potables.

Long history of alcohol taxes: Governments, realizing the popularity of alcohol, quickly saw taxing the beverages as a way to add to their coffers.

Congress imposed an excise tax on beer in 1862 to help pay for the Civil War.

The federal government still collects excise taxes on beer, along with alcohol taxes on wine and distilled spirits.

But the Tax Cuts and Jobs Act (TCJA) has lowered the alcohol tax burden, at least temporarily.

The tax relief, tough, is temporary. It is scheduled to sunset after the end of 2019.

Since today is a big beer day, let's focus on what these apparently short-lived tax reductions mean to brews.

Under prior tax law, beer manufacturers who produced more than two million barrels were hit with a federal excise tax of $18 per barrel (31 gallons). That came to five cents per 12-ounce can or bottle of beer.

Beer producers who brewed two million or less barrels saw their first 60,000 units taxed at a lower rate, $7 per barrel. Once they went past that mark, from 60,001 barrels up to two million, they paid the same $18 per barrel tax as large breweries.

Under the TCJA, the same distinctions and thresholds were retained for both large and small brewers, but both of these excise tax rates were reduced for 2018 and 2019.

Since these lower federal beer excise tax rates might be gone by this time next year, the $3.50 and $16 per barrel levies earn this weekend's By the Numbers honors.

Following the repeal of prohibition, the individual states were granted nearly total control over the production and sale of beverage alcohol products in their jurisdictions, notes the National Conference of State Legislatures (NCSL).

State excise tax rates vary widely and can be very complex. Some are specific while others are based on the product's value (aka ad valorem).

Some are applied at the wholesale level, others at the manufacturers level.

Some states tax different classes or package types. Others impose differential taxes based on the size of the product manufacturer.

And let's not overlook the myriad other taxes connected to alcoholic beverages, including container, gross revenue, mixed drink and, as noted earlier, general sales taxes in most states.

Below is the Tax Foundation's map of state beer taxes as of May 2018. 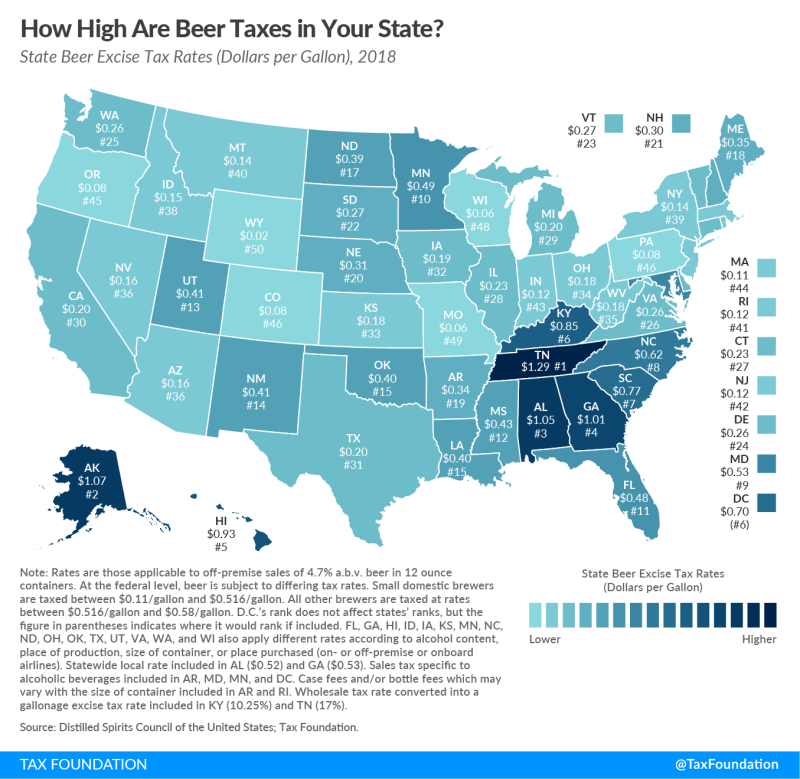 But also be safe.

If you imbibe more than you should and just can't get enough coffee to clear your head, let a sober friend or cab or car service take you home.