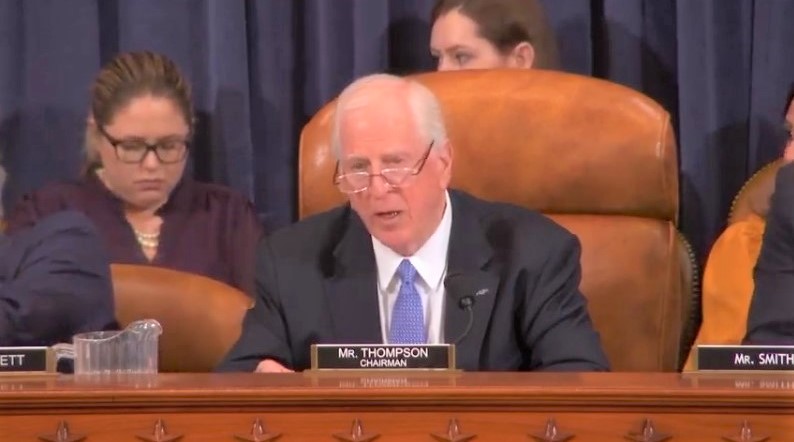 But anyone hoping for a quick resolution or an indication that the many now-dead tax breaks might be revived by the April filing deadline was disappointed.

Senate's head start: Although the U.S. Constitution requires all tax laws originate with the House Ways and Means Committee, the Senate got a bipartisan head start on extenders.

Senate Finance Committee chairman Chuck Grassley (R-Iowa) and his Democratic counterpart on that chamber's tax panel, Sen. Ron Wyden of Oregon, introduced legislation on Feb. 27 that would retroactively extend through 2019 the tax provisions that expired at the end of 2017 (26 in all) and three more that ended at the end of 2018.

The ones of particular note for individual taxpayers are:

The senators want the House to act on their extenders bill and soon.

However, House tax writers, or at least Thompson, say not so fast.

Many more expiring in coming years: Even before the hearing started, Thompson announced that members would not be discussing tax extenders, per se.

Rather, right now the House tax writers are more interested in the overall concept of temporary provisions and their role, if any, in the tax code and public policy.

In opening this afternoon's hearing, Thompson noted that the Joint Committee on Taxation (JCT) has identified 80 tax provisions that are set to expire between now and 2027. That includes the individual tax laws included in the Republican tax reform law, the Tax Cuts and Jobs Act (TCJA).

Currently, though, the expiring tax laws that are of most concern to taxpayers are the extenders. These are the approximately 29 provisions that expired in either 2017 or 2018 and have left taxpayers (and their tax pros) in limbo.

Over the years, Congress has routinely, albeit belatedly and often retroactively, renewed these provisions without much discussion.

Reversing temporary tax tactics: Thompson acknowledged that taxpayers want and need "tax policy that is forward-looking and provides not only predictability for our businesses, but security for regular people whose livelihoods and household budgets are impacted by temporary policy."

Rather than follow a process that many extenders opponents have called simple rubber-stamping of expired tax laws, the Select Revenue subcommittee chair wants to look more closely at each of the provisions before deciding on their fates.

Part of that review would be fiscal. Thompson cited in his hearing opening statement the cost of temporary provisions. The JCT estimates that making every expiring TCJA provision permanent would cost an estimated $2.5 trillion over ten years.

"As this subcommittee weighs the extension or modification of these and other expiring policies, it must do so with a commitment to fiscal responsibility," Thompson said.

That apparent desire to look more closely at expired and expiring tax provisions dovetails with Thompson's other observation that "temporary tax law can be used to hide the true cost of certain policy changes."

Specifically, Thompson cited what he sees the "fiscal gaming" via temporary taxes that allowed for the TCJA's lowering of the corporate tax rate from 35 percent to 21 percent.

So even though the 2018 tax return filing deadline is now just more than a month away, Thompson at least seems in no hurry to rush the extenders back into the Internal Revenue Code.

Witnesses urge tax certainty: During the Democratic-led subcommittee's initial foray into tax extenders, the members heard from several witnesses. You can find links to their prepared statements at Select Revenue's page on today's hearing.

Here are some highlights from some of the testimony:

"Permanently dealing with all provisions of the TCJA will increase taxpayer certainty and can contribute positively to the economy," said the Tax Foundation's chief economist Kyle Pomerleau. "However, making all or part of the TCJA permanent will require lawmakers to address important trade-offs due to the fiscal costs."

But, noted Mazur (as did other witnesses), temporary tax provisions add uncertainty to the tax code, preventing taxpayers from making important decisions because they can't predict the tax consequences of their actions.

Also, said Mazur, routine extension of temporary tax provisions rather than thoroughly evaluating them means that such tax laws may not effectively support the desired outcomes for which they were created.

Chye-Ching Huang, the Center on Budget and Policy Priorities' director of federal fiscal policy, urged the panel to consider permanent tax code status for expired/expiring provisions that "prioritize people with low and moderate incomes, raise revenue to meet national needs, and strengthen the integrity of the tax code."

Pamela F. Olson, former Treasury Department Assistant Secretary for Tax Policy and current with PricewaterhouseCoopers' Washington National Tax Services practice, acknowledged the obvious, "all tax law is temporary in the sense that each provision is subject to subsequent revision or repeal by Congress, regardless of whether it has a specified expiration date."

But Olson, who noted she was appearing before the Ways and Means subcommittee as a private citizen and not as a representative of her current employer, echoed her fellow witnesses in saying that tax decisions and the public policy and practical acts those taxes underwrite require some sort of certainty.

If, for example, Congress decides to support an investment through a temporary provision, it is important to ensure that the provision remains in effect for a sufficient period of time to allow completion of the project, said Olson.

And like Mazur, Olson noted that "delivering the governmental investment through a temporary (or permanent) tax benefit may not be the most efficient way to do so."

Cloudy tax filing outlook: So where does today's hearing leave us?

Treading tax filing water. Or, as Thompson said in his opening statement, still in limbo.

We are at the beginning of a process that offers little solace for filers who want to use one of the tax extenders on their 2018 tax return filings.

Given that, my best advice if you're a filer who's hoping for and depending on one the expired extenders, get a filing extension.