Saluting Vietnam vets, plus tax help for those still serving 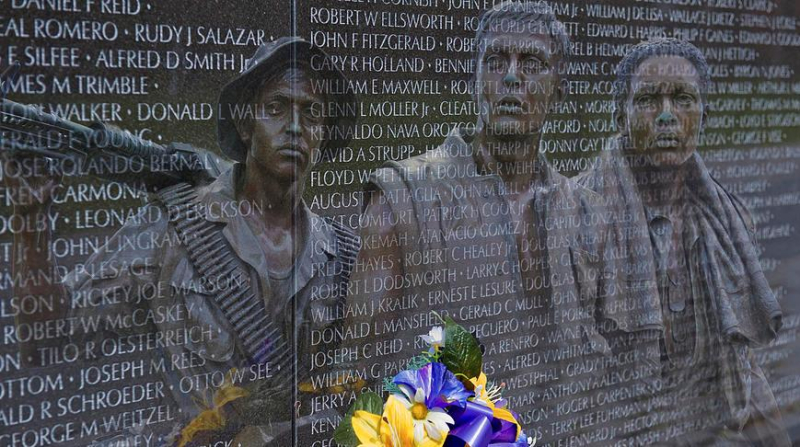 This day commemorates the sacrifices of the 9 million Americans who served in the Vietnam War.

All veterans are eligible for a variety of benefits, from discounts that can facilitated by the Department of Veteran Affairs' veterans ID card program to critical VA healthcare, thanks to their service.

There also are special considerations for U.S. military personnel who are still serving, particularly in the tax area.

Combat pay
Combat pay is partially or fully tax-free. Service members serving in support of a combat zone or in a qualified hazardous duty area may also qualify for this exclusion.

The Internal Revenue Service points out that military personnel who served in Egypt's Sinai Peninsula may qualify for combat zone tax benefits retroactive to June 2015. If this is your situation, you should look into filing an amended tax return.

Foreign income
In addition, U.S. citizens or resident aliens, such as spouses, that worked as contractors or employees of contractors supporting the U.S. Armed Forces in designated combat zones, may now qualify for the foreign earned income exclusion.

Sometimes, the combat pay that members of the military receive affects the amount of EITC for which they are eligible. To address that, tax law allows low- and moderate-income service members who receive nontaxable combat pay to use a special computation method that may boost the EITC, meaning they may owe less tax or get a larger refund.

Dependent care
Programs that offer dependent care help for military personnel are excludable benefits. That means they aren't included in the military member’s income, lowering the amount on which taxes ultimately will be owed.

Moving expenses
The deduction for relocating for work was eliminated under the TCJA for civilians. However, the moving deduction remains available for certain Armed Forces members. Beginning in 2018, active duty members of the U.S. Armed Forces who must move because of a military order to a permanent change of station can still claim this deduction. Also, allowances paid to move members of the U.S. Armed Forces for a permanent change of station are excluded from tax.

Home sales
When a homeowner sells his or her primary residence, up to $250,000 for a single seller or $500,000 for a married jointly filing couple in profit from the sale is tax-free. In order to get this tax break, a homeowner must own and live in the residence as their primary abode for two of the five years before the sale date.

Military homeowners, however, often must move more frequently. To address that reposting issue, the tax law says that a taxpayer on qualified official extended duty in the U.S. Armed Services or the Foreign Service may suspend for up to 10 years of such duty time the running of the 5-year ownership-and-use period before the sale of a residence.

This applies when the duty station is at least 50 miles from the residence — or while the person is residing under orders in government housing — for a period of more than 90 days or for an indefinite period. This election, which is an option for the taxpayer, applies to only one property at a time.

Department of Defense Homeowners Assistance
This program was created to offset the adverse effects on housing values of military base realignments or closures. Payments made under the DoD homeowners relief program after Nov. 11, 2003, are excludable from income as a fringe benefit. Additionally, payments to military members are also not subject to Social Security or Medicare taxes.

National Guard and Reserve travel deduction
Reservists who stay overnight more than 100 miles away from home while in service (e.g., for a drill or meeting) may deduct unreimbursed travel expenses (transportation, meals and lodging) as an above-the-line deduction. The deduction is limited to the rates for such expenses authorized for federal employees, including per diem in lieu of subsistence. Taxpayers use Form 2106 or 2106-EZ to figure the deduction amount and enter it as an adjustment to income on Form 1040, line 24.

Military academy attendees
The ten percent tax on payments from a Qualified Tuition Program or Coverdell Education Savings Account that are not used for educational expenses does not apply to attendees of the U.S. Military, Naval, Air Force, Coast Guard or Merchant Marine Academies, to the extent the payments do not exceed the costs of advanced education.

Delayed deadlines
Members of the military, such as those who serve in a combat zone or are serving in contingency operations outside the United States, can postpone most tax deadlines. Those who qualify can get automatic extensions, generally to June 15, of time to file and pay their taxes.

The various extensions granted to combat zone participants also apply to those military members serving in Contingency Operations outside the United States, as designated by the Secretary of Defense.

Joint return tax matters
When a married couple files a joint return, both spouses must sign the Form 1040 in order for the IRS to accept it. However, if one spouse is absent due to certain military duty or conditions, the other spouse may be able to sign for him or her. A power of attorney is required in other instances. A military installation’s legal office may be able to help.

Also, earnings by a military spouse now get special treatment. Thanks to the enactment of the Military Spouses Residency Relief Act, military spouses no longer have to worry about paying tax to the state where they are stationed with their husbands or wives, as well as to their official home states. Now military spouses pay only the income taxes for their official state of residence, avoiding the added taxes in the state where they are living. This is a great benefit where the spouse's home state's tax rate is lower.

State tax relief
There's no shortage of special federal tax treatment of military personnel. But since most states also collect income tax, it's important for active and retired military to know how their states treat their earnings and retirement benefits when it comes to taxes. There also often are tax considerations at more local tax jurisdiction levels, such as property tax exemptions by counties for veterans.

Check with your state's tax department as to what benefits are available for active or retired members of the military. Also review Military.com's compilation of state tax information as it relates to service personnel.

Finally, let me close with and echo the words of IRS Commissioner Chuck Rettig:

"We encourage military families to review the resources available at IRS.gov since there are special circumstances that can affect tax payment and return filing deadlines for military personnel. Lastly, we extend our personal appreciation to each and every member of the military, their families and veterans for your service to our country. We are extremely proud of the many veterans now employed by the IRS, and all of our employees are pleased to serve the members of the military family."