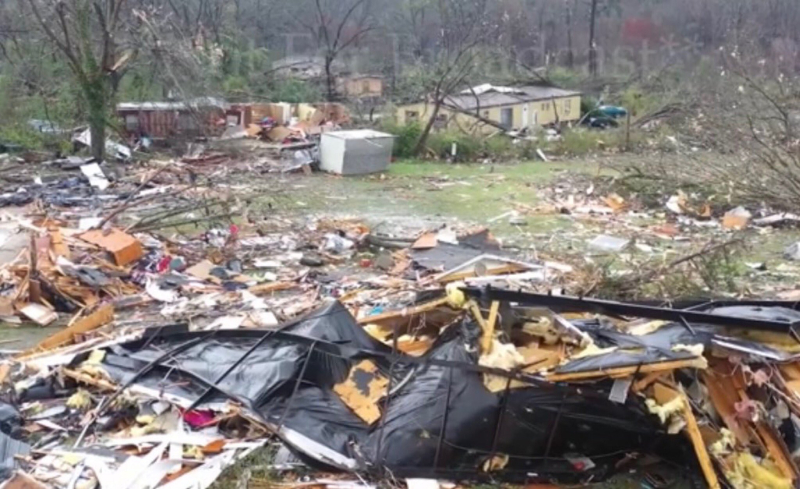 As expected, once the White House declared parts of Alabama a major disaster area, the Internal Revenue Service followed up by offering affected residents a variety of tax relief.

Victims of the deadly tornadoes and severe storms that raked areas of the Yellowhammer State now have until July 31 to file some individual and business tax returns and make certain tax payments.

"With the regular deadline just a few weeks away, we want storm victims to focus on their families and recovering, rather than worrying about the tax deadline," said IRS Commissioner Chuck Rettig in announcing the tax relief.

Lee County only, for now: In Alabama's case, the tax relief for now applies only to individuals and business in Lee County.

However, as the Federal Emergency Management Agency (FEMA) continues its evaluation of the storm-struck areas, other Alabama localities, as well as damaged areas in neighboring states — parts of Florida, Georgia and South Carolina also were in the line of fire of the March 3 severe storm system — could be added to the disaster area declaration.

If that happens, folks in those areas will automatically receive the same filing and payment relief.

If you are in one of those potential relief areas, you can periodically check the FEMA's account on DisasterAssistance.gov, as well as the IRS' online disaster relief page.

You also can bookmark this post. I'll update it as additional areas are added to the FEMA/IRS disaster lists.

The biggie, as Rettig noted, is the annual tax return filing due date.

Qualifying taxpayer now have three and a half more months to file their individual income tax returns and make any associated payments.

The July 31 deadline also applies to:

Eligible taxpayers will also have until July 31 to make contributions for the 2018 tax year to their individual retirement accounts.

That's why this week's By the Numbers honor goes to July 31.

Business relief, too: Businesses, including corporations, S corporations and partnerships, that have a 2018 return due during this period also get extra filing and payment time.

These business tax responsibilities are pushed to July 31, too.

In addition, the IRS says that penalties on payroll and excise tax deposits due on or after March 3 and before March 18 will be abated as long as the deposits are made by March 18.

IRS disaster help automatic: There's no need to file any extra paperwork if you qualify for the tornado-related relief.

The IRS automatically provides filing and penalty relief to any taxpayer with an IRS address of record located in the disaster area.

However, if you are an affected taxpayer and get a late filing or late payment penalty notice from the IRS that has an original or extended filing, payment or deposit due date falling within the postponement period, call the number on the notice to have the penalty abated.

Outside disaster area, but eligible: As in prior disaster tax situations, the IRS will work with any taxpayer who lives outside the disaster area, but whose records necessary to meet a deadline occurring during the postponement period are located in the affected area.

This disaster consideration also includes workers assisting the relief activities as long as that help is provided through a recognized government or philanthropic organization.

Finally, remember that with the official major disaster declaration, affected taxpayers — currently those folks in Alabama and possibly in the coming days in other areas — now can claim their losses on their taxes.

Under the Tax Cuts and Jobs Act (TCJA) changes, only major disasters qualify as possible itemized casualty claims for uninsured or unreimbursed disaster-related losses on Schedule A.

My earlier post, How to get tax help for your natural disaster losses, has more on the tax claim process.

If you've already filed your 2018 taxes, but find it would be worthwhile to claim your losses in that tax year, you do so by filing an amended return. In these amended filing cases, include the disaster declaration number, FEMA 4419, on any return.