More than $1.4 billion in tax refunds awaiting claims by taxpayers who didn't file in 2016 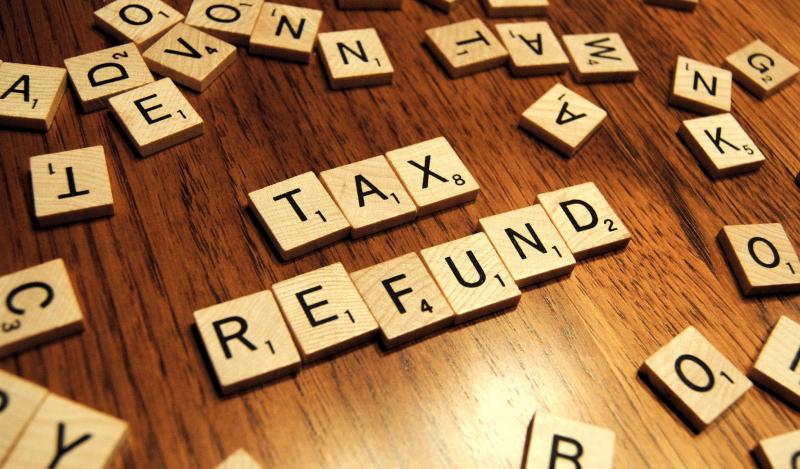 Most of the focus on tax refunds this year has been on how many people are unpleasantly surprised by how small they are.

In many (probably most) cases, the relatively small refunds are because people didn't adjust their payroll withholding last year to account for the Tax Cuts and Jobs Act (TCJA) changes to income tax rates and earnings brackets.

Now we have another refund situation that also can be blamed on filers, or actually on nonfilers.

Yes, I'm talking about the annual announcement by the Internal Revenue Service that millions of folks who were due refunds in past tax years didn't get their money simply because they didn't file a return.

Billions due millions: This year, that's more than $1.4 billion in refunds that are due an estimated 1.2 million taxpayers who did not file a 2015 tax return.

The median amount that owed taxpayers could receive in 2015 tax year refunds is $879. That means half of the refunds are more than $879 and half are less.

Regardless of whether your check is above or below that amount, the only way to get your old tax cash from the IRS is to file a 1040. Soon.

If you don't, Uncle Sam gets to keep your money. Forever.

Why refunds go unclaimed: Right now, Treasury is just holding the unclaimed billions. But the IRS really wants the rightful owners of the unpaid refunds to get their money.

If you're a person who depends on your annual tax cash back check to pay bills or cover an upcoming vacation, you're probably wondering who on earth doesn't file when they're getting a refund?

The IRS says that students and part-time workers are typically among taxpayers due refunds but who don't send in returns. I kind of can see this. These folks aren't in the main, traditional earnings' pools, so filing is not necessarily routine for them.

Sometimes, especially when the refund is not that much and life is hectic, folks just let this annual task slide. (If that's you, let's talk!)

Others don't even know they might be due a refund. That's why even if you aren't legally required to do so, it's sometimes a good idea to file a tax return anyway.

And then there are the people who, once they realize they've missed the deadline, don't send in a return late because they're worried they'll be in tax trouble.

"There's no penalty for filing a late return if you're due a refund," noted IRS Commissioner Charles Rettig in the statement announcing the unclaimed money."

That's because late-filing penalties are based on the amount of taxes you owe when you file. If there' no tax due, there's no amount for the IRS to use to calculate any penalty.

Time running out: There is, however, that aforementioned time limit on getting your old refund.

It's three years. Miss it and you forfeit the funds.

For taxpayers who should have filed a 2015 return back in 2016, that means the absolutely final filing deadline now is this April's filing due dates — the 15th for most of us, the 17th for folks in Maine and Massachusetts.

Paper only filing: You must get a hold of the 2015 tax year forms, fill them out then properly address and mail them so that the envelope is postmarked by the applicable April deadline.

Don't overlook the EITC: The IRS also pointed out that folks filing an old tax return should make sure they don't miss out on other tax benefits for that tax year.

In particular, says the IRS, many low- and moderate-income workers may be eligible for the Earned Income Tax Credit (EITC) that was available that year. For 2015, the credit was worth as much as $6,242.

The EITC is available to qualifying taxpayers whose incomes are below certain thresholds. For 2015, those thresholds were:

That means chances are good that a large percentage of folks who didn't file a federal return in 2015 also overlooked their state filings, since state and federal filings typically are connected.

Impact of other returns and taxes: Finally, make sure that you've filed in other tax years, too.

In addition, the refund will be applied to any amounts still owed to the IRS or a state tax agency and may be used to offset unpaid child support or past due federal debts, such as student loans.

Smallest, biggest possible 2015 refunds: OK, I know this whole time you've been reading, even if you did file your taxes three years ago, you've been wondering which states' taxpayers are due just how much of the $1,408,482,000 — which, by the way, gets special By the Numbers recognition — that was unclaimed three years ago.

I share your curiosity and appreciate your patience. So here goes with some dollar break-downs.

Other states where three-year-late filers could get refunds of in the $700 range are Arizona, Georgia, Oregon, South Carolina, Utah and Wisconsin.

Of course, while $700-plus is, for unclaimed 2015 tax year refund money, on the relatively low side, I sure wouldn't refuse a check that size.

But it gets better for other nonfilers.

North Dakota residents are at the top end of this latest batch of old unclaimed refunds. The median refund check for folks in the nickname State who didn't file back then is $980.

The rest of the states then fall into the $800 average refund range. Hey, that's math even I can do in my head!

You can see exactly where your state stands in the ol' blog's special web page showing the state-by-state breakout of 2015 tax year unclaimed refunds.