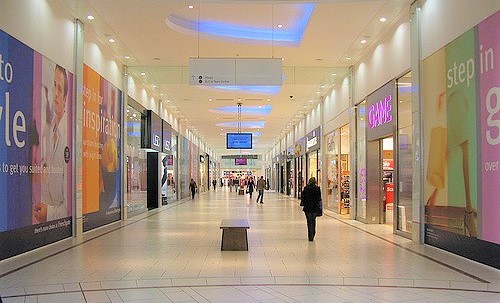 Some worry that smaller refunds will be a drag on our consumer-driven economy.

There's a smidgen of good data news for the Internal Revenue Service. One category the tax agency tracks each filing season has moved into positive territory for 2019.

For the week ending Feb. 15, the number of returns that were prepared and submitted directly by taxpayers hit 21.77 million. That was 18,000 more than the third week of the 2018 filing season, or a 0.1 percent increase from last year.

Yay all y'all folks who plugged in your tax data on your own and hit send.

Unfortunately, some other categories, slipped in the third week of this filing season.

Refund numbers and dollar amounts drop again: Even more unfortunate for the Republicans who are still working to get a little love for their Tax Cuts and Jobs Act (TCJA), the number of refunds issued through Feb. 15 are down from last week's numbers, which had been catching up to 2018 filing season amounts.

The total number of refunds issued through the third week of this current filing season are 26.5 percent fewer than last year.

The number of directly deposited refunds also took a dive, dropping to 26.3 percent fewer than in the same time frame a year ago.

The dollar amounts of the refunds also continue to lag.

That's a lot of numbers, but after careful consideration, the By the Numbers honor this weekend goes to the $2,640 overall average tax refund amount so far for the 2019 filing season.

Refunds economic impact: One of the reasons that lower refund amount is highlighted is because it's causing some concern among market watchers.

Analysts with UBS join the IRS in tracking refund data, and the investment bank's numbers show that through Feb. 15 net tax refunds are running $11.5 billion below its forecast.

If this trend continues, 2019's smaller refunds could cause some problems for retail stocks.

UBS economists had expected TCJA-produced refunds to add up to an extra $20 billion for the consumer, according to an Investor's Business Daily report.

The conventional wisdom had been that the GOP tax cuts would play out positively through this spring, with refunds propelling consumer confidence and spending through the first half of the year.

That doesn't look to be happening yet. And it's disconcerting coming on the heels of a surprisingly negative year-end retail sales report.

The Commerce Department earlier this month reported that despite the holiday shopping season, December 2018's retail sales tumbled 1.2 percent, the largest decline since September 2009 when the economy was emerging from recession. Economists had been expecting a year-end rise of 0.2 percent.

Some economists say the December numbers are blip, pointing to a total sales increase of 3.7 percent for the full October through December 2018 holiday shopping season.

But economics is not called the dismal science for nothing.

"The focus on tax refunds has only grown more important after last week's dismal December retail sales report cast some doubt on the state of the American consumer," noted Investor's Business Daily.

Delayed, not deleted: Still, there's a bit of optimism.

UBS said that despite the current data, the bank is sticking with its forecast "with hesitance." Analysts now predict the economic bump from tax refunds likely will be delayed, not deleted.

That same hope that the refund amounts will pick up is shared by taxpayers, too.