Expired tax extenders not yet on track for renewal 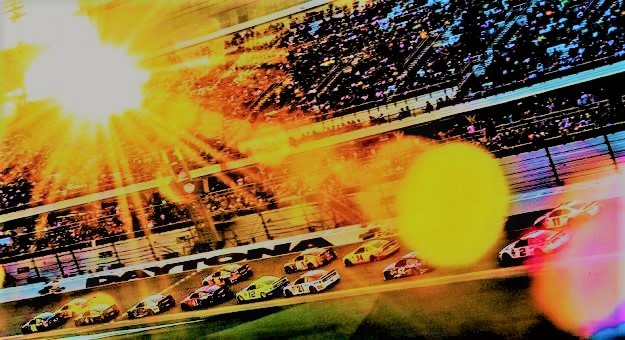 Things aren't so clear-cut, though for the expired tax break for motorsports speedway improvements and more than two dozen other assorted tax benefits.

These tax breaks expired in 2017 and are not on track for reinstatement. Yet.

In fact, they're looking as messy as today's closing laps pile-up.

Extenders indecision: These assorted tax breaks are known collectively as the extenders. They get that name because they are temporary and must be extended periodically by Congress.

Some extenders were added permanently to the Internal Revenue Code as part of the Protecting Americans from Tax Hikes, or PATH, Act back in 2015.

But some of the 26 temporary tax laws that expired in 2017 (which are this week's By the Numbers figure), as well as the two that ended at the end of 2018 and seven set to expire at the end of this year, could get new lives.

Timing of tax renewals: Often, as now, they lapse and are resurrected retroactively, making tax planning a mess.

That happened in February 2018, when Congress extended provisions that had expired at the end of the 2016 tax year.

The remainder of temporarily extended tax breaks were for businesses that had been part of the tax code for close to a decade or longer.

Year after year, or sometimes every other year when Congress extends them for slightly longer periods, the tax benefits have been routinely approved by lawmakers.

The effort is bipartisan. Extenders have been, well, extended regardless of whether the legislative chambers and White House were under Republican or Democratic control.

The times, however, may finally be changing.

GOP pro extension, Dems warier: Sen. Chuck Grassley (R-Iowa), the chair of the Senate Finance Committee, is a fan of the current extenders.

He had hoped that the tax extenders — renewed retroactively for the 2018 tax year, as well as for 2019 — would be attached to the government funding bill that was signed on Friday, Feb. 15, and which will keep federal offices open through the end of September.

Grassley has been frustrated in part by his tax-writing colleagues in the House, which have the constitutional duty to initiate tax bills.

And in a flipping of traditional fiscal positions, some House Democrats are arguing that the budgetary cost of extenders be considered — and paid for — in any renewal bill. Technically, the dollars haven't mattered because the tax laws are temporary.

"We're not just going to be adding to the deficit like the Republican majority was fond of doing, and that includes an extenders package," Rep. Ron Kind (D-Wisc.), a member of the House tax-writing panel, said earlier this month.

Kind advocates considering the value of each extender, especially as to whether the tax breaks encourage job creation for well-paying positions. "We want to be supportive of a growing economy, but I don’t think there's any reason why we Socan’t get back to regular order [and] have some hearings, get some feedback."

Kind's fellow Ways and Means Committee member Rep. Brian Higgins (D-N.Y.) agrees. Higgins said that he and his tax panel colleagues will give careful, deliberate consideration to the extenders, but the committee, now led by Democrats, isn't going to "just simply rubber-stamp what's already been done."

Timing is everything: Grassley and other members of Congress aren't the only ones getting antsy. Taxpayers are starting to worry, too.

With less than two months before most filers must send the Internal Revenue Service some tax forms and possible tax payments, they want three key filing questions answered.

First, will any of the expired extenders be renewed?

If Capitol Hill's response is yes, the next query is which ones?

Finally, the biggest question must be resolved. When will it happen?

Your guess is as good as mine to all questions.

Extenders' many legislative roadblocks: Congress originally had hoped to resolve the extenders issue before 2018 ended. But those plans didn't pan out.

Republicans, who saw the 2018 midterm elections end their House majority, decided to focus on more permanent tax provisions that didn't make into the TCJA. The goal was to approve more tax reform items, dubbed Tax Reform 2.0, by the end of last year while the GOP still controlled the House, Senate and White House.

There was some hope extenders would be part of the 2.0 package. But it was pulled from consideration after many Republicans who lost their reelection bids decided not to return to or stay in Washington, D.C.

Then came the funding battle in December that led to the start of the longest federal government shutdown in U.S. history.

And then the Democrats took over with the start in January of the 116th Congress, focusing on the final fight (for now) over reopening the shuttered government offices.

Meanwhile, extenders got lost in the legislative shuffle.

Next extenders steps, or not: Grassley says he soon will introduce a tax extender measure to give taxpayers currently working on their 2018 returns some clarity.

But again, as he noted on social media, the House is charged with originating tax bills, even if the Ways and Means Committee simply incorporates Senate language into an official House bill.

Some Democratic House Ways and Means members reportedly remain interested in holding at least some hearings on the extenders. That would slow any renewal.

"Instead, because of their often-retroactive nature, these provisions result in an after-the-fact transfer to narrow groups without incentivizing the intended activity — businesses and individuals cannot go back in time and make different decisions. This temporary, uncertain nature also makes it increasingly difficult for businesses and individuals to engage in long-term decision-making as they do not know which tax provisions will be in effect in the future. The economic uncertainty created by these provisions slows economic growth.

"Letting tax extenders expire was one of the few acts of fiscal responsibility taken by the last Congress," said CRB President Maya MacGuineas in a Feb. 13 statement. "Now, just over a year after these special-interest tax breaks expired, some in Congress want to bring them back and throw the cost on the credit card. And they want to do it after Americans have already started doing their taxes, throwing a wrench in the returns already filed.

"Having twice decided not to make these expired provisions permanent — in the 2015 PATH Act and the 2017 deficit-financed tax reform bill — the third time should not be the charm. Congress should not revive the zombie tax extenders."

Will Congress listen to these groups and some of its own members? As the saying goes, we'll see.

And we need to see one way or the other soon.

I do hope the Tax Extenders will be approved soon . We stand to benefit by about $600.00
as a deduction for PMI

PMI is huge for most homeowners as it's difficult to get 20 percent down. Having PMI as a write-off would save me about 600 on my taxes and at my income level is huge. I wish this would get resolved. If PMI deduction is not going to be allowed, I'll look into refinancing with a piggyback loan so that there's no PMI, only interest, which I can write interest from the 2nd loan off of my taxes. Meanwhile, I guess we have to wait and see. I hoipe articles continue to get released to keep us all updated!

Thank you for this write up! I was just searching whether or not the extenders had been yet approved. As a fairly new homeowner - PMI is still being paid and having that deductible would certainly be a welcomed boost. Hopefully Congress will make a decision one way or another soon otherwise come March 1st, I will be filing my taxes with the expectation of amending if needed later. Thanks again!