Are you ready for some legal Super Bowl betting beyond Nevada? 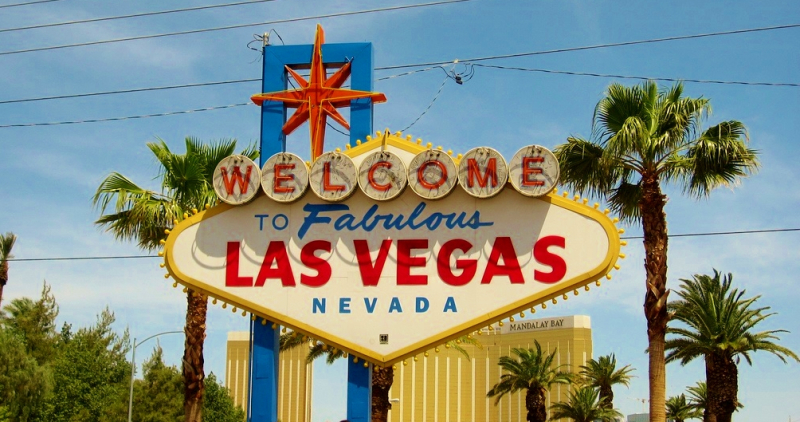 Super Bowl Sunday is the single largest betting day of the year. And now, Nevada is no longer is the only state where bettors can place legal sports wagers.

A historic Super Bowl LIII will finally kick off in Atlanta late Sunday, Feb. 3, afternoon. It's the is the first National Football League championship game where legal sports gambling has expanded beyond Nevada.

Bettors now also can head to casinos or other betting establishments in Delaware, Mississippi, New Jersey, New Mexico, Pennsylvania, Rhode Island or West Virginia to put their money down on the NFL's biggest game.

You can bet that state lawmakers in the other 42 states will be keeping an eye on how the sports wagering goes in those seven states that are getting their first taste of legal Super Bowl gambling transactions.

The added betting options are the result of the U.S. Supreme Court's decision last May that deemed unconstitutional the Professional and Amateur Sports Protection Act (PAPSA), the federal law that for more than a quarter century had effectively limited sports betting to Nevada.

Sports betting changes game for gambling ahead of the Super Bowl from CNBC.

New Jersey led the lawsuit that resulted in the High Court's overturning of the limited locations where sports bets can be legally placed. Marcus Glover, president and chief operating officer of Borgata Sportsbook in Atlantic City, N.J., recently talked with CNBC's Contessa Brewer in the video above about how legal sports betting will impact casinos in locations where sports betting is available this Super Bowl Sunday.

By the time the next Super Bowl rolls around, some in the gaming industry are predicting as many as 20 other jurisdictions will be accepting legal sports bets. Arkansas, Oregon, New York and the District of Columbia appear to be the furthest along in taking such steps, according to the American Gaming Association, the national trade group representing the U.S. casino industry.

The expansion of legal sports gambling means that the tax agency will get official documentation of bet payouts. That makes it much easier for the IRS to ensure that the lucky gamblers pay the tax due on their winning wagers.

Realistically, though, most U.S. bettors don't live near a sportsbook where they can place legal Super Bowl bets.

That doesn't matter to the IRS, which doesn't care one whit how you get your money. It just wants it's cut. Case in point: Al Capone.

And regardless of whether your winning wagers come from a casino or betting parlor in one of the eight states accepting legal bets on the New England Patriots-Los Angeles Rams outcome or from your neighborhood bookie, the amount you win is taxable income.

Uncle Sam obviously won't get all he's due since there are so many more, at least right now, illegal than legal sports betting outlets.

But since I know all the readers of the ol' blog are law-abiding, I'm pointing you to an earlier post on how you can report your Super Bowl (and all gambling) winnings to the IRS.

Super commercials, too: I usually don't care who wins the Super Bowl. That's because my Dallas Cowboys have been so playoff impotent for way too many years.

I do, whoever, like to watch the commercials. Yeah, I know. In recent years, the really great Super Bowl commercials have been far and few between.

That's why I usually record the game so I can buzz through the on-field action — see above mention of sucky Cowboys — to watch the specially created television spots. And maybe the halftime show. Or not. Not this year. Maroon 5. Really?

But I digress. Back to the commercials.

Recording was the plan again this year, but today's Saturday Shout Out means I don't have to take up valuable DVR space.

AdAge has collected all the 2019 Super Bowl television spots that have been released early.

The advertising trade magazine notes that this year, plenty of brands again have released their Super Bowl ads early in hopes of getting a little pre-game buzz. You also can check out what's sill to come at Ad Age's Super Bowl ad chart, which it says it will continually update until game time.

Enjoy the TV spots, halftime show and, if that's your deal, the game.