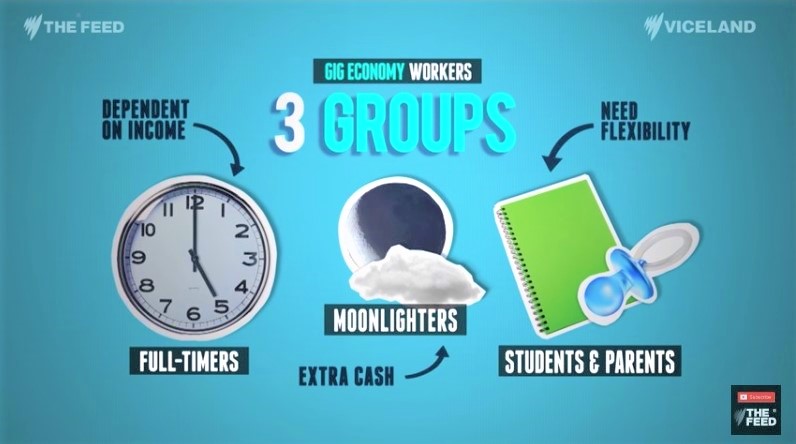 Screenshot from a look at some of the people who depend on the gig economy. Watch the full YouTube video here.

Everybody is looking for more money.

Taxpayers want more in their tax refunds, especially those surprised by smaller amounts this filing season.

People who are unhappy with their current earnings are side hustling to get more income.

It's that last group, says the Treasury Inspector General for Tax Administration (TIGTA), that the Internal Revenue Service should be focusing on as a way to get more money into the U.S. Treasury.

Tax potential of growing gig economy: We are still in the early stages of an emerging and evolving gig economy, according, according to the TIGTA report released Feb. 19.

TIGTA cites data showing alternative work arrangements, including gig workers, accounted for almost 16 percent of the U.S. workforce in 2015. That's an increase of almost 5 percent since 2005.

As this economic trend grows, it means thousands of new taxpayers each year become responsible for self‑employment taxes. A lot of them appear to be shirking those tax responsibilities.

"Due to the various reporting requirements in the law and the varying voluntary reporting of income within the different gig economy companies, the risk of taxpayers under reporting income earned in the gig economy is high," TIGTA said.

That then puts the onus on the IRS to ramp up its enforcement efforts in this area.

However, TIGTA says the IRS doesn't specifically track gig economy noncompliance. In addition, the tax agency doesn't have a strategic plan to deal with this type of unreported income and the related taxes that therefore go uncollected.

Tax gap closure via gig taxes: The IRS last estimated the self-employment portion of the annual Tax Gap — that's the amount of tax money Uncle Sam is owed, but which is not collected for various reasons — at $69 billion.

Some of that gap no doubt is from self-employed taxpayers who are underpaying or not paying taxes at all on their work.

Gig economy workers, says TIGTA, are likely prime offenders here, with tax evasion turning into a side hustle side effect way too often.

"If these taxpayers are used to traditional employment arrangements and are only participating in the gig economy because it is an easy way to earn extra income, they may be unaware of, or confused by, all of the tax requirements for self-employed individuals," the report said.

The IRS agreed, in whole or part, of most of TIGTA's suggestions. Where the tax agency disagreed, it cited work priorities and costs as reasons for the not accepting the TIGTA recommendations.

The tax agency also noted its efforts with regard to gig economy taxpayers.

"In November 2018, the Small Business/Self-Employed (SBSE) Division initiated an effort to develop and implement such a compliance strategy. As part of this endeavor, we plan to establish a single definition for the gig economy, perform demographic research on the population, and use internal and external data to identify significant compliance risk associated with this expanding economic sector," wrote Mary Beth Murphy, SBSE commissioner, in response to (and included as part of) TIGTA's report.

Murphy said that the IRS' gig economy compliance strategy will address many of the issues identified in TIGTA's report, including, but not limited to, information return reporting, non-filing of income tax returns, self-employment taxes and worker classification issues.

"In addition, our communication plan and guidance plan will be assessed to determine what additional outreach is necessary," added Murphy.

Gig worker tax gap contributions: As noted many times here on the ol' blog (including earlier in this post), as well as by other tax experts and publications, self-employment income presents a great challenge not only to the workers, but also the IRS.

It's long been a given by the IRS that Schedule C filers — the sole proprietors who report self-employment income, either that they earn as a full-time endeavor or from various side hustles — are major contributors to the tax gap. 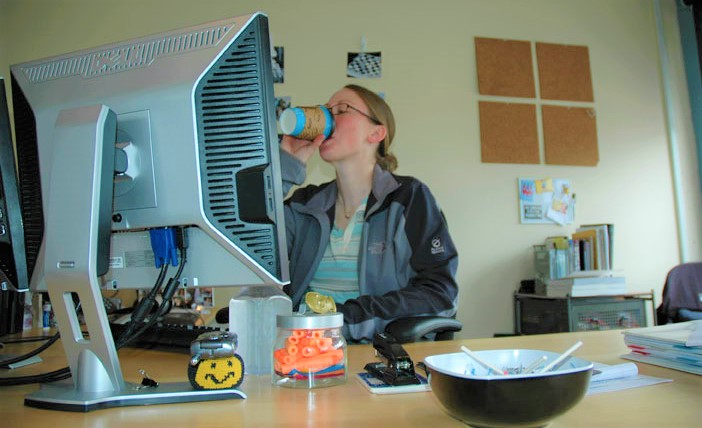 Freelancing offers, among other things, more flexibility, as well as new tax responsibilities. (Photo by Lulu Hoeller via Flickr)

The problem here is that the IRS must rely to a large degree on the unverified reports by self-employed workers on how much money they made and how many deductions they can claim.

Aside from the stray 1099 form, there are few third-party documents to confirm what a small business owner puts on his or her tax return regarding how well or not a business is doing for tax purposes.

So look for the IRS, especially in light of the recent TIGTA interest, to increase its efforts to get the taxes Uncle Sam is due from gig and other self-employment earnings.

Tax tips for gig workers: You can avoid the added IRS interest — and added interest and penalty charges if you're caught underpaying your tax bill — by making sure you know and follow the tax rules for freelance and gig workers.

My earlier post on this topic offers 5 tax matters these self-employed workers need to consider.

You also might find these other items on self-employment/contractor/freelance/gig work and taxes of interest:

Here's hoping these tips will help you keep both you and the IRS happy when it comes to your search for more money, either as full-time entrepreneur or as an occasional participant in the gig economy.