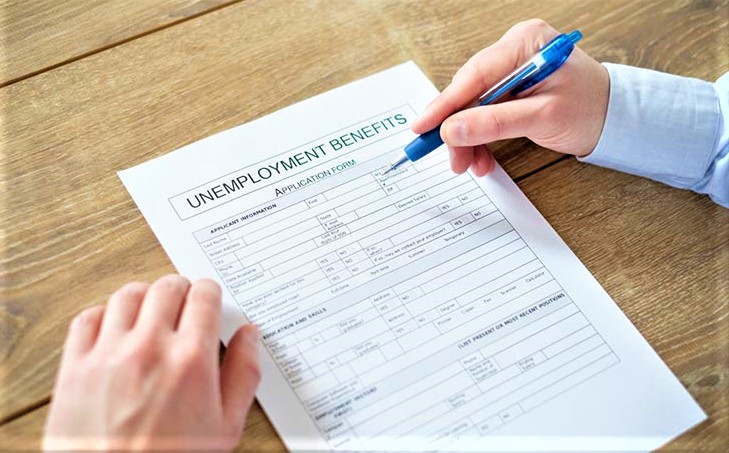 As the longest federal government shutdown in U.S. history drags on with no end in sight, furloughed workers are looking at any and all ways to pay their bills.

Some have taken hardship withdrawals from their workplace retirement accounts. Thousands of others have applied for unemployment.

Few of us can blame folks who are struggling financially for taking these steps. At some point, many of us or our family members and friends have done the same. There's no shame in taking available help when bills you can't pay continue to arrive.

And while such actions can help out-of-work folks make immediate ends meet, they also have eventual tax consequences.

Yeah, I hear you. Taxing unemployment doesn't seem quite fair.

Plus, you say, you vaguely remember hearing something about unemployment benefits being is tax-free.

Good memory, but this is no longer applicable.

You're thinking of temporary tax relief granted out-of-work individuals back in the late 2000s. To help ease some of the effects of that period's Great Recession, Congress in 2009 decided to make up some unemployment benefits tax-free.

But that tax break was for that 2009 tax year only. Before and after that one tax year, all — yes, every single penny — of unemployment benefits were and remain taxable.

Reporting unemployment: That means that you must report as income all your unemployment benefits on your annual tax return.

Don't ignore this tax task. Since government agencies are involved, they're sharing information.

The Internal Revenue Service will get a copy of the Form 1099-G that you'll receive. And all your unemployment earnings are clearly noted in Box 1 of that form.

Unemployment withholding or estimated taxes: There are a couple of ways you can deal with the taxes due on your unemployment benefits.

When you start getting them, you then can make estimated tax payments.

Or you have the option when you apply for unemployment to have taxes withheld from the benefits before you receive them. This process is similar to regular payroll withholding.

In the case of unemployment, you'll need to fill out the federal Form W-4V, Voluntary Withholding Request, or a similar IRS-acceptable document that the paying agency has created.

By submitting this form or substitute document, income taxes will be withheld at the rate you choose. You can select the percentage — 7%, 10%, 12% or 22% — you want taken from each unemployment payment.

I know, neither option is appealing.

In addition to having to come up with a lump sum at the estimated tax deadline(s), there's the hassle of the extra 1040-ES filings.

As for withholding, you're already taking an income hit, so you need all the money you can get to cover your living expenses.

Note, however, that if you don't pay tax on unemployment via withholding or estimated tax filings, you could face a tax bill, and possible underpayment penalties, when you eventually file your tax return.

Furloughs' special considerations: Federal workers who are not allowed to work during the shutdown also have other issues to think about.

One of those concerns unemployment benefits. Specifically repaying them.

The Office of Personnel Management has noted during prior shutdowns that workers might have to repay unemployment when they return to work and get their back pay.

"In most states, including the District of Columbia, employees who receive unemployment benefits and also later receive a retroactive payment from their employer for the same time period, will be required to repay the UI [unemployment insurance] benefits received," reports FEDweek. "The state UI agency determines whether or not an overpayment exists and, generally, the recovery of the overpayment is a matter for state action under its law; however, some state UI laws require the employer to recover such overpayment."

Employees who find themselves in this situation generally "will be given the opportunity to voluntarily repay the overpayment first before the state proceeds with any garnishments."

This isn't to say furloughed federal workers shouldn't take unemployment benefits if they need them to pay bills. But know that you might have to pay them back.

Check with your state's unemployment benefits officials for details. And be prepared.