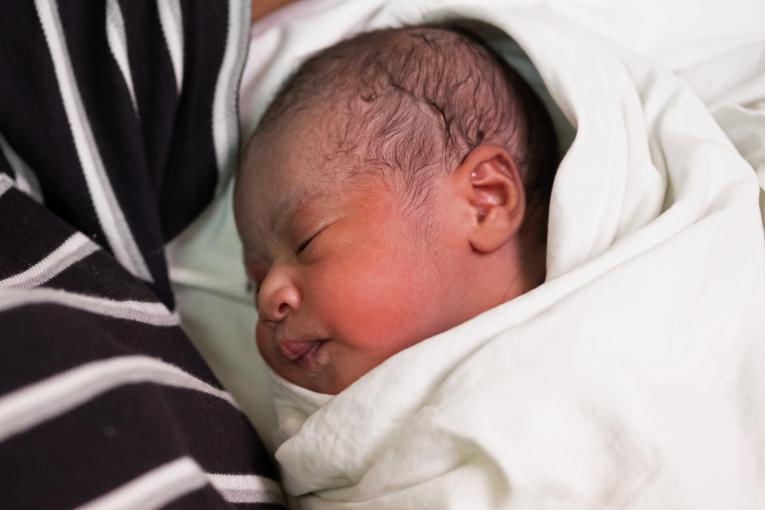 While millions of folks worldwide were greeting 2019's arrival, many were awaiting a more personal welcome for the planet's newest residents.

There's always much to-do over babies who arrive right after midnight on New Year's Day.

Much-needed tax breaks for parents: But for tax purposes, as long as a child is born or adopted any time during a tax year, be it on the first day or Dec. 31, the youngster could mean tax benefits for the new parents.

Those tax benefits to help offset the costs of having children are more welcome, and needed, by parents every year.

The U.S. Department of Agriculture estimates it will take $233,610 for a middle-income family today to raise a child. And that doesn't count the cost of college. (You can check out the estimate for your area with the USDA's calculator.)

Child-related tax reform changes: In 2018, the Tax Cuts and Jobs Act (TCJA) made substantial changes to three family-friendly tax breaks that could help.

First, the standard deduction, which most filers claim, has almost doubled. For 2018 filings, it's $24,000 for a jointly filing married couple and $18,000 for a head of household taxpayer.

Second, that deduction increase was designed, in part, to make up for the TCJA's elimination of exemptions and personal allowances.

The law change, however, does allow what would have been the exemption amount to be used to calculate other tax breaks . For 2018 tax returns, that's $4,150. One withholding allowance is increased, due to inflation, to $4,200 for 2019.

Finally, the new tax law increased the Child Tax Credit (CTC), but eliminated the Additional Child Tax Credit (ACTC). The ACTC was more complicated to claim, but it did provide eligible taxpayers with the chance of getting a refund, aka in tax terminology it's a refundable tax credit.

CTC refunds potentially on hold? As a filing side note, the Protecting Americans from Tax Hikes, or PATH, Act enacted in 2015 included a requirement that the Internal Revenue Service hold until Feb. 15 any tax refunds due filers who claimed the Earned Income Tax Credit or the Additional Child Tax Credit.

The mandated delay in these refunds was, according to lawmakers, to give the IRS additional time to verify the filers' eligibility for these tax credits and stop any claims that were based on tax identity theft and refund fraud.

But now with the ACTC replaced by a refundable portion of the revamped Child Tax Credit, will the IRS this filing season (and through tax year 2025 that it's in effect) hold onto the refunds due all filers who claimed the CTC?

I'm still waiting for word on how the tax agency will finesse the refund delay requirement.

Doubled child tax credit: Now the enhanced CTC, which is worth $2,000 under the TCJA instead of the original $1,000 tax break amount, includes a refundable amount of up to $1,400 that is available in certain tax situations.

As with prior law, to claim the CTC you have to earn a certain amount. That threshold under TCJA was lowered to $2,500 per family, from the prior $3,000.

But if you made over a certain amount, the credit still phases out. Here, too, the thresholds have been changed, allowing higher earnings threshold than under prior law.

Credit-eligible children: The TCJA also retains requirements of the children for whom the Child Tax Credit is claimed.

As in past years, you can claim the credit if all of these conditions apply:

The child can be your own child, either by birth or adoption, as well as a stepchild or a foster child placed with you by a court or authorized agency.

You can also claim your brother, sister or step-sibling, as well as descendants of any of these qualifying people (nieces, nephews and grandchildren) as long as they meet the Internal Revenue Service tests to be claimed as dependents.

Your child also must have a Social Security number that is issued before the due date of the tax return, including extensions, on which you'll claim the CTC.

The IRS has an online tool you can use to determine whether your child qualifies you to claim the CTC.

Yeah, I know your head is spinning thinking about tax issues related to your new year's new baby. You've got your hands full, literally, taking care of the addition to your family.

But take a look at the Child Tax Credit and other family-related TCJA changes. They could make a big difference to your current and future tax bills.

What a brilliant insight into business management and the Indian economy, super useful!

A must read! This blog gives an insight on the financial situations of India and the facts are extremely impeccable.