Some IRS online services, including ways to pay estimated taxes, are working despite shutdown 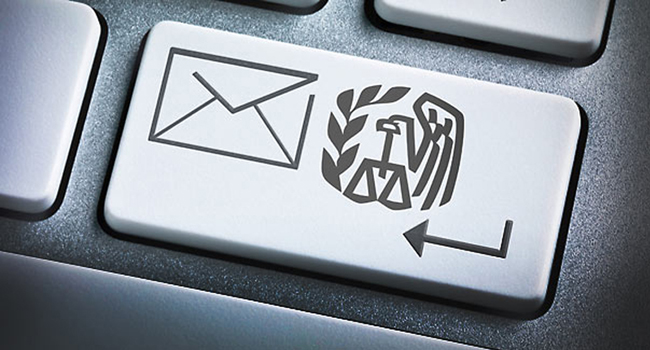 The Internal Revenue Service still is mostly closed due to the Capitol Hill impasse over how to fund the federal government. Just a relative handful of employees are in a few IRS offices, doing what have been deemed essential jobs, but not getting paid for their work.

Some of the agency's online operations, however, are up and running.

And other IRS services, particularly those that are funding in part by fees, could be restarted despite the closure of many of Uncle Sam's offices. In fact, one of those, the Income Verification Express Service (IVES) program, was restarted this week (more on the potentially resumed services later in this post.)

Online tax payments OK: One operational online tax service is the one I used today, the Electronic Federal Tax Payment System, or as it's known in federal government acronymese, EFTPS.

OK, EFTPS (pronounced eff-tips) technically isn't part of the IRS. It's in another Treasury Department program, the Bureau of the Fiscal Service.

But EFTPS was among the first electronic ways for businesses and individual taxpayers to pay their taxes. And the IRS does have a Web page touting the benefits of this free tax e-payment option.

I've been using it for more than a decade and over those year, EFTPS has become easier to use, my 2007 experience notwithstanding.

I signed on to my EFTPS account this morning to make my last estimated tax payment for the 2018 tax year. It's due next Tuesday, Jan. 15.

I've been making estimated tax payments for years, way before the IRS shifted its focus to electronic taxes. In the past I mailed in Form 1040-ES vouchers, like the one pictured below.

Then when the world, including the IRS, went cyber, I joined it, electronically filing and paying my taxes.

Deadlines enforced despite shutdown: One of the great annoyances for taxpayers during a government shutdown is that even though the IRS is not fully operational, we still have to meet tax deadlines.

Estimated tax payments are among those required filings still in force.

When you have to make these four extra estimated tax payments, doing so via computer is, for me at least, much more convenient.

I know some folks, however, prefer paper. That's fine. The IRS still will take all filings and payments, including estimated ones, that arrive through the U.S. Postal Service.

If you're still old-school when it comes to filing and paying taxes, just make sure the envelope in which you mail your paper 1040-ES is postmarked by Jan. 15. The IRS views a postmark on an estimated payment as proof of timely payment, just as it does on the filing of annual tax returns.

Regardless of how you pay, don't miss the estimated deadlines, shown below.

If you don't, or don't make the payments on time, you'll end up facing penalties and interest.

Why estimated taxes are required: The hubby and I have been long-time estimated taxpayers because one or both of us has had side jobs to our salaried work. Since there was no withholding from that part-time contracted work, we were responsible for making sure we paid our income and FICA, aka Social Security and Medicare, taxes ourselves.

We've also always had some investments which, thankfully, tended most years to provide some unearned income. Estimated taxes must be paid on that money, too, since it also is not subject to payroll withholding.

You can read more about the whats and wherefores and ins and outs of 1040-ES payments in my prior estimated taxes primer.

The key is to make these payments on money you get that's not taxed. Again, failure to do so means you'll owe more thanks to the penalties and interest that the IRS will charge.

Closures don't stop tax deadlines: It's not surprising that ways to pay taxes are running without problem. In all previous government closures, and under the last unfunded operations contingency plan set out by Treasury, accepting payments is considered an essential function of the IRS.

But only one other shutdown, in February of this year, occurred during the main tax filing season. And it was resolved in less than a day.

Now we're looking at the 2019 filing season starting on Monday, Jan. 28, with less than full IRS staffing. Treasury and the IRS say they will call back as many employees to work, for no pay, to take care of filing.

We'll see if that happens and how well it will work.

And regardless of how smoothly, or not, the 2019 tax filing season goes, the IRS expects all returns to be filed by the April Tax Day deadline(s).

Tax data service resumes: But as the estimated tax schedule shows, taxes aren't confined to filing season. Our interactions with the IRS affect many other parts of our lives.

The IRS has been hearing from frustrated folks in these not strictly tax situations who are encountering some serious problems because of the severely limited IRS services. In response, the tax agency has opened its Income Verification Express Service (IVES).

IVES is a user fee-based program that mortgage lenders and others in the financial community use to confirm the income of a borrower seeking a loan. This earnings info is on a tax transcript that is delivered to a secure mailbox based on information received from a Form 4506-T or Form 4506T-EZ, which are used to request the copies.

Once the government went into shutdown, lenders and taxpayers alike have been unable to get this information. That's caused some loan seekers, notably those looking to get a home mortgage, problems in completing that financial process.

To help those folks, the IRS announced that, after "an extensive review, it began on Jan. 7 processing requests for the IVES tax transcript information.

The agency cautions that "it will take time to bring this service up to normal operating status. The IRS advises IVES participants that it may initially take longer than the standard 72-hour turnaround time for the IRS to process these requests. This is due to employees being brought back to work to begin processing backlogged requests since the funding lapse began on Dec. 22."

If you need a tax transcript, which is not an actual copy of filed returns but does show most of the information from a tax return, the IRS recommends going online to obtain it. That process, it says, is quicker, free and provided sufficient verification in most cases

If you find you do need a paper copy of your actual tax return, you can submit a Form 4506 along with a $50 fee for a copy of each return. Note, however, it could take up to 75 calendar days to process a request for a copy of a return. And that time frame was set for normal operation, not during a government shutdown.

Opening other fee-based operations: While the IRS technically doesn't have the federal funding to cover its operations, the agency seems to have found a way to work around this in areas where fees are involved.

The IRS notes that while federal law limits what it can do on behalf of taxpayers during a funding lapse, some programs funded by user fees present an opportunity for the IRS to help taxpayers receive critical services.

"These services can assist taxpayers trying to obtain mortgages or taxpayers affected by disasters who need copies of their tax returns as part of the recovery effort," said the IRS.

Using that justification, the IRS says that in addition to IVES, it also will start other user fee-based services, such as providing a letter needed by some taxpayers to certify their residency in the United States for certain tax treaty benefits and responding to requests for photocopies of tax returns.

And the nation's tax collector is asking for a little slack. Remember, its workers want to be doing their jobs — and getting paid to them. Until that's possible, the IRS says it "appreciates the patience of taxpayers and tax professionals during this period and encourages continued use of automated applications on IRS.gov, whenever possible."

Hey, Jeremy! Good to e-meet another EFTPS user.
Here's what I do.
Sign in as usual at https://www.eftps.gov/eftps/
Click the payments tab at top.
When it says SELECT A TAX FORM, go to 1040 RELATED TAX FORMS, hit the arrow and choose 1040 US Individual Income Tax Return.
When you hit Next, you can then select Estimated 1040ES.
Then enter the amount you want to pay, the tax period (this is where I have to be careful; I've entered in the wrong tax year before! Had to cancel it and do it again.) and when you want the payment made.
Voila!
You can make several ES payments on that same page.
Hope this helps. And thanks for reading.
Kay

Thanks for the article! How do you make estimated tax payments 1040-ES using EFTPS? I am enrolled in EFTPS, but form 1040-ES is not listed in the "Tax Form Selection" dialog and not listed in the "All forms in numeric order" list. I'm very confused. Thanks!