IRS workers calling in sick by thousands during shutdown

UPDATE, 9:05 p.m. Central Time: Donald J. Trump has signed into a law a short-term funding bill that should get paychecks flowing again for the around 800,000 federal workers affected by the longest government shutdown in U.S. history.

UPDATE 2:30 p.m. Central Time: A deal to reopen the federal government fully for the next three weeks was announced by Donald J. Trump this afternoon. The government will reopen; Trump gets no funding (yet) for his campaign-promised physical border wall. This should solve the current furloughed workers' sick-out crisis. Will this truce last beyond Feb. 15, or will we go through this again? Stay tuned. 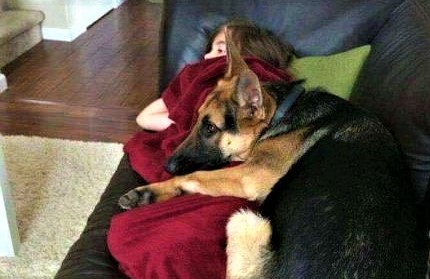 The Internal Revenue Service plans to open the 2019 filing season on Monday, Jan. 28. That might be easier said than done.

There is, of course, the continuing partial government shutdown, the longest ever in U.S. history. When it began on Dec. 22, 2018, Treasury implemented a non-tax-season contingency plan that called for almost 10,000 essential employees to show up, without pay, to keep the IRS running.

As the shutdown stretched into the new year and closer to the traditional start of the annual tax season, Treasury revised its IRS shutdown operational plan. In order to meet White House instructions that refunds would be issued — in past government closures, refund checks were not sent — IRS called back more than 46,000 workers or around 55 percent, again to do their jobs without getting any paychecks.

Understandably, working for free doesn't sit well with anyone and the IRS is no different.

Thousands of federal tax agency workers, like their unpaid colleagues in the Transportation Security Administration (TSA) and air traffic control ranks, have been calling in sick, leaving the IRS below the around half-staffing level it had instituted under the new shutdown plan.

IRS workers not showing up for unpaid work: The Washington Post reported earlier this week that hundreds of IRS employees were skipping work, potentially delaying the promised refunds-as-usual plan.

Today, the national capital's newspaper reports that at least 14,000 unpaid IRS workers did not show up for work this week despite orders to do so.

Those 14,000 workers, whether they're protesting the shutdown situation or because they face hardships such as paying for childcare or buying gas needed to get to the office, also earn early recognition as this week's By the Numbers figure.

House aides tole the Post that the IRS absentee numbers were as of Tuesday, Jan. 22, and that the rate of employees returning to work may have changed since then.

Many tax areas impacted, perhaps forever: But a strict count aside, the shutdown already appears to be affecting the IRS.

The Washington Post says only about 35 percent of taxpayer telephone calls for tax assistance are being answered at agency call centers. The Congressional staff said the IRS' initial plan for filing season was for 80 percent of calls to be answered.

The IRS also is suffering technical issues during the shutdown. The agency reportedly is losing 25 information technology (IT) staffers every week since the shutdown began. And some of those might not return, according to reports on the IRS officials' briefing of House members.

That's to be expected. As the New York Times notes:

The Civil Service relies to a large degree on good will. No matter how vital high-skilled federal workers are to the functioning of government, there are usually companies willing to offer them much higher salaries — double or even triple in some cases — on top of the free lunches and stock options. As student debt soars and private sector opportunities multiply, the sheer allure of public service — “the mission,” as NASA researchers often put it — is what keeps a lot of talent in the government.

The longest shutdown in the country’s history is eroding that good will, already wearing thin after years of pay freezes, unpredictable budgets, and disdain from even the White House for government workers as swamp creatures or worse.

That bodes very ill for the resumption of what we've come to know as normal federal operations once the shutdown ends.

In the short-term, it's also a bad sign for hopes that an emergency staffed IRS will be able to do the job taxpayers want and need under current conditions.

Patience needed this filing season: Remember that as you file your tax return this year. Yes, you want and/or need your tax refund money.

But the IRS employees processing your return also need to be paid for doing their jobs.

So be patient. The IRS workers are just as unhappy about this situation as you are.

And maybe consider adjusting your withholding now so that you don't have to worry about a future government shutdown delaying IRS operations.