IRS filing season delays likely even though shutdown is over 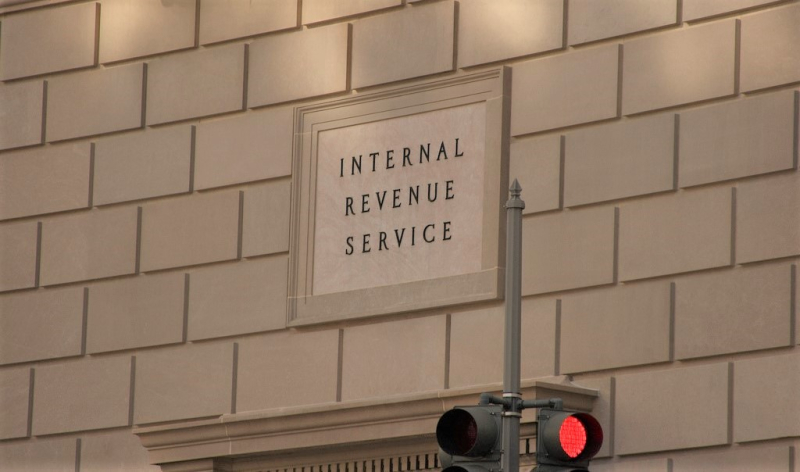 The red light has changed to green for the IRS now that the longest federal government shutdown in U.S. history is over. (Photo by Kari Bluff via Flickr)

The Internal Revenue Service should be fully staffed as we official start the 2019 tax filing season on Monday, Jan. 28.

Holdover shutdown issues, however, still could cause delays, which many taxpayers and tax professionals already have experienced.

But the specifics for each federal operation is unique, making it hard to say exactly when all of Uncle Sam's offices again will be up and running at normal capacity.

IRS back, but likely slowly: While all the recently shuttered offices affect many folks, the nation's tax collector affects almost all of us, both individual and business taxpayers.

And the prospect of the Internal Revenue Service being able to provide all us all the services we need as quickly as we need this year is, well, dim.

Multiple reports from news outlets The Hill, Vox, Politico and the Washington Post warn that it will take the IRS a while to get back up to any, much less full speed.

That's to be expected. Even under optimal circumstances, like coming back from a planned vacation, requires some settling back in to the job.

The IRS does have some experience here. In 2013 after being closed for 16 days, a period that included the run-up to and then past the October return filing extension deadline, IRS officials asked for taxpayer patience as it got back on its fully funded feet.

This time, most IRS employees were away from their desks for more than twice as long. Plus, this time is prime tax-filing season.

So it goes without asking — although I expect the IRS will again issue a statement about its plans now that the things are starting to get back to normal — that we all need to take a deep breath and let the tax agency folks settle back into their routines.

A large part of that will be catching up on the backlog, which is why some folks are pessimistic as to whether the 2019 filing season will ever get fully on track. The gloomiest prediction comes from the National Taxpayer Advocate's office, which during a briefing last week told House staffers (per the previously cited Washington Post report) that it is likely the IRS will need at least a year to return to normal operations.

Accountants' concerns: As the end of the 35-day government closure was winding down, the American Institute of CPAs (AICPA) was anticipating the problems its members (and taxpayers) could face this filing season.

"Without a shutdown, it often takes multiple contacts with the IRS to resolve a situation," wrote Annette Nellen, chair of the AICPA Tax Executive Committee, in a letter to Treasury Secretary Steven T. Mnuchin and IRS Commissioner Charles Rettig. "We expect tremendous additional time to work with the IRS on correspondence once the shutdown ends."

The specific areas of concern addressed in the AICPA include:

Automated collection, asset seizure and intent to levy notices that were issued during the shutdown without any IRS available to respond to replies by taxpayers or attempts to resolve the issues and halt the threatened action.

Suspension of audits and appeals prevented tax practitioners from communicating with IRS employees to resolve clients' issues in a timely manner. Also, 90-day letters from the IRS will continue to expire and it is uncertain how the IRS will treat expirations of response deadlines and statute of limitations in light of the shutdown.

Online systems and accounts were difficult for some taxpayers and tax practitioners to access and use. Related to this, the AICPA noted that forms assigning Power of Attorney and Declaration of Representative, which are required for practitioners to act on behalf of taxpayers, were not being processed. That backlog needs to be dealt with ASAP.

Limited assistance, including live telephone help for both taxpayers and tax professionals, has posed problems. So did the closure of IRS walk-in taxpayer assistance centers (TACs).

Tax forms and guidance has essentially come to a standstill. Changes due to the Tax Cuts and Jobs Act (TCJA), combined with the shutdown, left many tax forms and instructions in the "draft" stage pending approval or not in a submittable format, likely resulting in tax software problems. This has put many filers and/or their tax professionals behind early in the filing season. The same slowdown also applies to guidance from the IRS that filers and tax preparers need in connection with some of the new tax laws.

The IRS, of course, was aware of these challenges. That's why after the White House promised that taxpayer refunds would be issued even if the government closed, the IRS revised its shutdown contingency plan and called back more than 46,000 furloughed workers, or around 55 percent of staff.

Still, even in normal years it's a challenge to get ready for a filing season. And this year is so not normal.

So as the IRS tries to regain some of that normalcy, cut the returning — and soon to be paid and paid back — tax personnel some slack.

And keep your fingers crossed that we don't face another shutdown on Feb. 16.

Calling your Representatives and Senators to underscore that wish also wouldn't hurt!