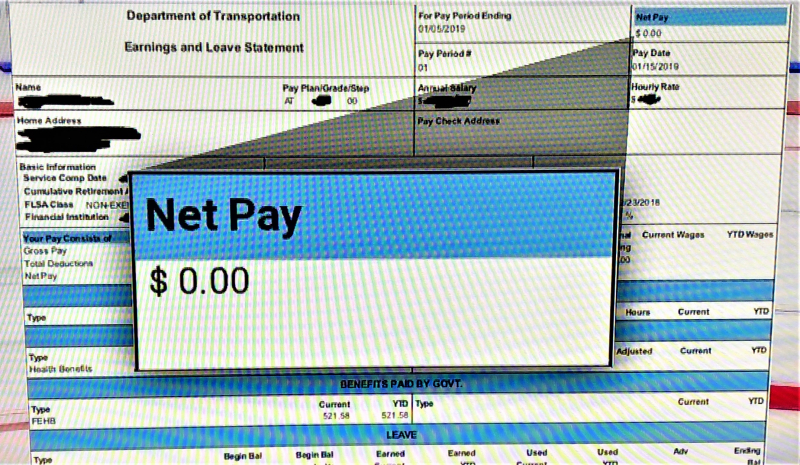 Today should be payday for hundreds of thousands of federal government workers. The partial government shutdown, however, means they're not getting their money.

And even though the White House, Treasury and the Internal Revenue Service say that the 2019 filing season will open at the end of January as it has in years past and that refunds will be issued, there's no guarantee that things will go smoothly. We are, after all, talking about Uncle Sam's operations.

Can IRS meet refund challenge? The IRS says it will recall "a significant portion" of its currently furloughed workforce to open tax season on Jan. 28 so they can process returns and send out associated refunds. How much is significant?

And will this significant portion, but still fewer, of workers really be able to take care of the 1040 forms and the refunds associated with them that come in early every year from millions of filers expecting refunds? After all, in previous fully-staffed filing seasons, there are lots of complaints about slow refunds.

Some lawmakers also are questioning the IRS' ability to do what it wants or promises during the shutdown. Sen. Chris Van Hollen and Rep. Benjamin Cardin, both Democrats from Maryland, have written IRS Commissioner Charles Rettig asking him to provide more details on the timing of refund processing and on whether taxpayers can expect delays due to the government shutdown.

On the other side of Capitol Hill, Sen. Ron Wyden (D-Oregon), the ranking Democrat on the Senate Finance Committee, sent his own letter to Rettig and Treasury Secretary Steven Mnuchin seeking answers on the tax agency's ability to operate effectively during a filing season closure.

There's also the possibility that the refund issuance could be challenged.

In past shutdowns, the White House's Office of Management and Budget (OMB) has instructed the IRS not to issue refunds during a lapse. The IRS now has a new interpretation of the law, but that could be challenged by those who view the action as illegal.

The bottom line is that we won't know for a few more weeks just what the 2019 filing season will bring.

Adjusted withholding helps: The one good thing about this mess is that it might prompt more people to adjust their payroll withholding. Here you let your employer know how much federal income tax you want taken out of each paycheck.

The goal is to get the withheld taxes as close as possible to your actual eventual annual tax bill. That way, you don't have to write the Treasury a check at filing time or wait for a big refund.

Even better, you'll have had that money in hand throughout the year to do with as you pleased or needed.

I know, a lot of folks like to overwithhold. They aren't that disciplined when it comes to money, so they view that refunded excess tax amount as an easy savings account. My brother was that way. Money burned a hole in his pocket and he spent it as fast as he got it.

And with the minuscule interest rates offered on safe savings products over the last decade mean you haven't been losing much by letting the non-interest paying Bank of Uncle Sam hold your overpaid taxes.

But, as I mentioned in my talk this week with theNewsworthy podcast — that's it embedded below; my segment starts at about the 8-minute mark — you can solve this savings problem yourself.

Get your money yourself: Here's how you can take control of your tax cash.

First, adjust your withholding. It's relatively easy. The IRS has issued a new Form W-4, which is what you give your payroll administrator, that takes into account the effects of the Tax Cuts and Jobs Act (TCJA) changes.

The new form has a worksheet, but the easier move is to use the IRS' online withholding calculator. Yes, it (and some other IRS online services) are operational despite the shutdown.

Then fill out the form and give it to your payroll office. There's no limit, other than your pay administrator's patience, on when or how many times you can do this.

After you see the difference in your new withholding amount and the excessive amount you had been having held by the IRS, redirect this money.

Don't get that added cash in your future paychecks. Instead, set up a savings account and have the money that previously went to the feds directly sent to your new personal savings account. Most banks and credit unions are happy to work with payroll offices to establish these accounts.

That way, you're not getting the extra money every pay period so you won't be tempted to spend it.

But you will have immediate access to it in your own savings account in case you have an emergency, like unexpected car repairs or a workplace furlough, that you didn't see coming. Or, as in the furlough situation, that you saw coming, but didn't think Capitol Hill was crazy enough to drag out this long.

The access to your money is key. With your own account, you won't have to wait for the IRS to get you your money back to you even in normal tax seasons. It will always at your, not the IRS' disposal.